BEIRUT (Reuters) – Sick of Lebanon’s political instability, Habib Rahhal had been mulling leaving since 2018 to seek a better future. But the final straw came in November when he was unable to get money out of the bank because of a national financial crisis. 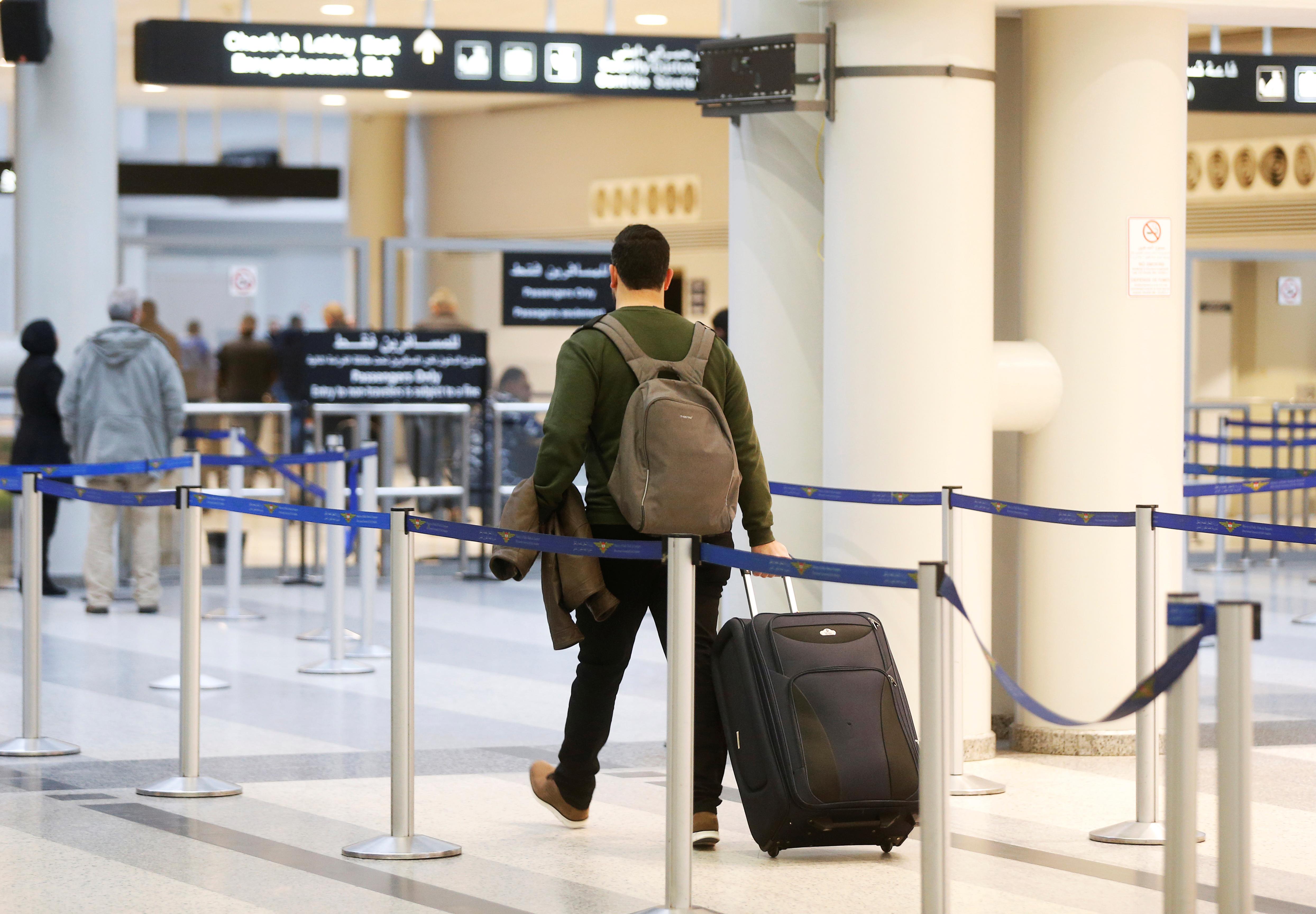 He stepped up his job search abroad and found one in Germany. The digital product designer left Beirut for Berlin this month, intending to build a new life and joining a growing wave of Lebanese driven abroad by the crisis.

“Typically, if someone is leaving, you would be upset and try to persuade them not to. In Lebanon, it is the opposite… The first thing they say is ‘Congratulations!’,” Rahhal, 27, said as he packed his bag. “This is what makes Lebanese happy these days – leaving the country.”

Lebanon’s economic crisis is widely seen as the most acute since independence from France and worse than any it endured during the 1975-90 civil war.

Long in the making, the crisis came to a head last year as flows of capital into the country slowed down and protests erupted against a ruling elite that has overseen decades of state corruption and bad governance.

Banks have imposed tight limits on access to cash and transfers abroad, the Lebanese pound has slumped and firms have shed jobs and slashed wages. The economy shrank by 7% last year, according an estimate by the former economy minister.

With no end in sight to the crisis, many people are considering where they might be able to go. Many Lebanese, including some of the most highly skilled, already have second passports, making it easier for them to leave.

Hoping for change, Rahhal joined the protests that erupted in October when the heavily indebted government tried to levy a tax on WhatsApp phone calls. But he did not pack the scarf he wore to demonstrations.

Rahhal’s brother already lives in Germany and his father lives in Nigeria. His sister is applying to emigrate to Canada and his mother also wants to leave.

As she saw him off at the airport, Rahhal’s girlfriend said she planned to join him in Germany.

“Our future is going to be abroad,” said Dana Nehme, 27. “It is heart-breaking that we have to take such steps to continue our lives.”

Lebanon is already known for large diaspora communities in countries including Brazil, Canada and Australia in addition to many African countries, many of them descendents of Lebanese who left previous crises or conflicts in the area.

“Emigration has been part of the history of Lebanon, and authorities have not done anything to reverse or contain this trend,” said Nassib Ghobrial, chief economist at Byblos Bank.

There are no official figures on emigration, he said.

“The concern is that the youth here, or some of them, consider there is no future for them in this country,” he said.