VATICAN CITY (Reuters) – Victims of sexual abuse by Catholic priests at a school for the deaf in Argentina staged a protest at the Vatican on Friday to bring attention to an upcoming trial of more alleged abusers. 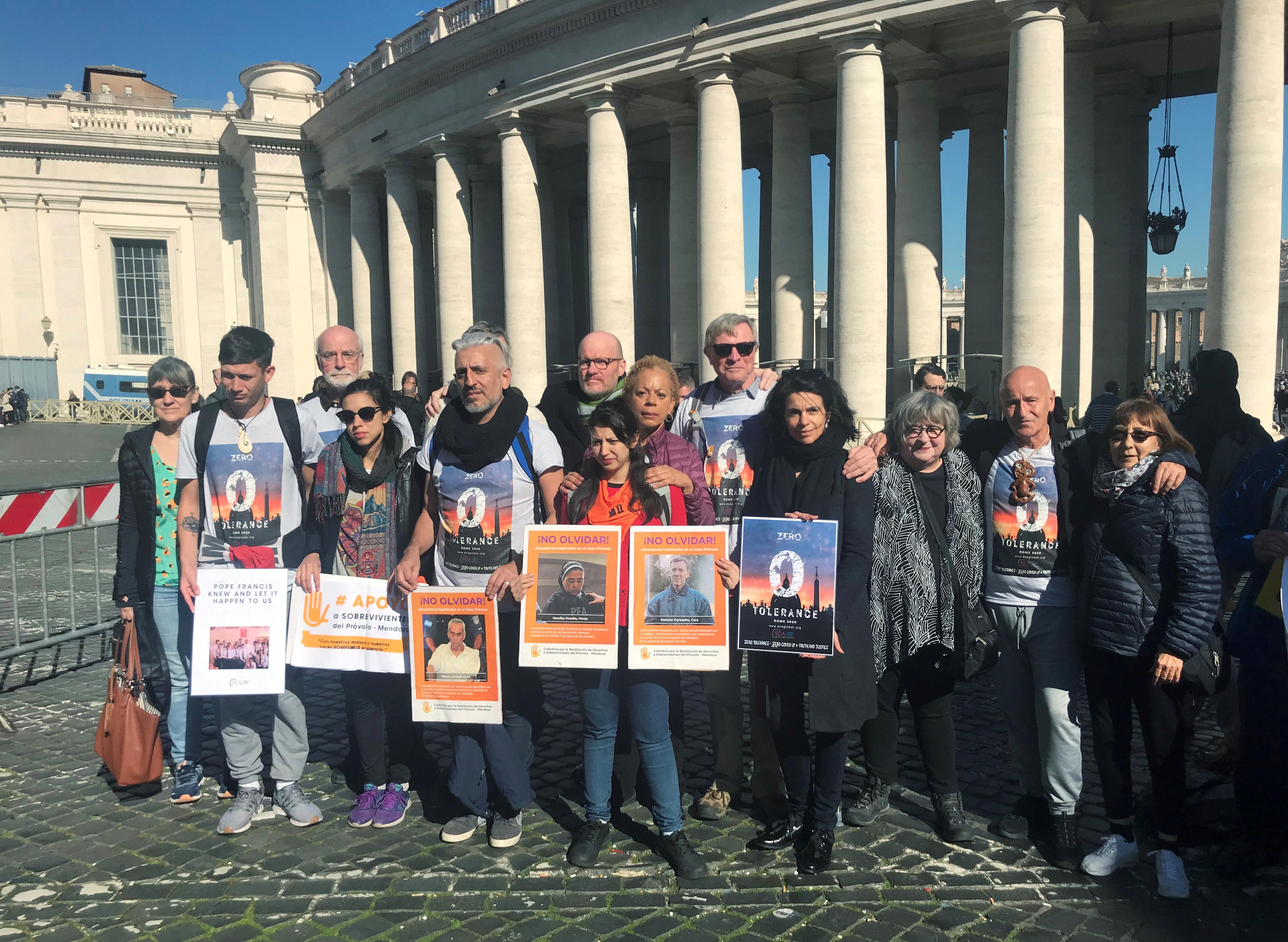 Last November a court in the province of Mendoza convicted two priests and the former gardener at a Catholic Church-run school on 28 counts of sexual abuse and corruption of minors.

Trials for about 10 others who worked at the Antonio Provolo Institute for the deaf, including teachers and a nun, are expected to start in a few months. They are accused of abetting the abuse by the priests.

About 20 people, including several former students, held up signs reading “Zero Tolerance,” “Don’t Forget,” and “We Are Not Going Away” in front of the building housing the Vatican’s Congregation for the Doctrine for the Faith, which handles abuse cases. The victims’ lawyers and other victims of abuse were among those who joined the protest.

The case in Argentina and a similar one at a school for the deaf in Italy have prompted outrage because of the particular vulnerability of the children and their difficulty in communicating about the crimes.

ECA and several other groups of victims traveled to Rome to mark the first anniversary of a Church summit on sexual abuse at the Vatican.

They say Pope Francis and Vatican officials have not done enough to make bishops and other members of the Catholic Church hierarchy accountable for the cover-up of sexual abuse.

The two priests convicted in last November’s trial were given sentences of 42 and 45 years in prison respectively while the school employee was given 18 years. They are appealing the ruling.

The Catholic Church around the world is still struggling to come to grips with the worldwide crisis, most of which involves cases of abuse that happened decades ago.

It has devastated the Church’s credibility and dented its coffers. About two dozen dioceses in the United States alone have filed for bankruptcy because of mounting lawsuits.

A number of U.S. states have also changed statutes of limitations law enabling victims to file for damages for abuse that occurred decades ago.

(The story refiles to correct spelling of surname in paragraph 5 to Isely, not Isley)