Mr Trump’s insistence that he would build a wall along the US-Mexico border and that the Mexican government would pay for it was one of his most divisive policies. According to 2019 book ‘Kushner Inc’, it was Mr Trump’s son-in-law Jared Kushner, married to Ivanka Trump, who suggested he go to Mexico for a press conference. Steve Bannon, who was the campaign chief executive, reportedly said: “I f***ing love it!”

Mr Bannon added: “We’ve got to take the microphone out of the newscasters’ hands.

“We have to put him in big settings he looks presidential in.”

The two of them planned with Mexican finance minister Luis Videgaray for Mr Pena Nieto to hold a friendly press conference with Mr Trump to try and calm tensions caused by the latter’s rhetoric about illegal immigration over the border.

Author Vicky Ward claimed they agreed they would be “no talk of how to pay for the wall”. 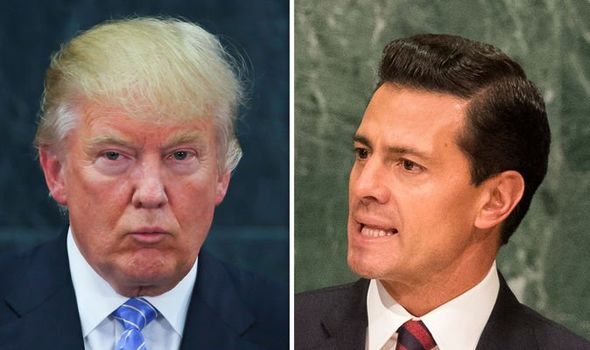 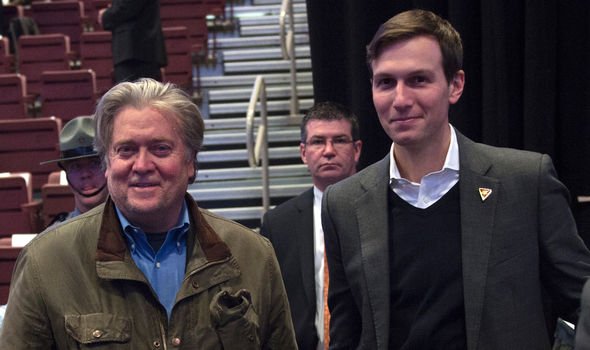 However, it did not quite go according to plan when Mr Trump actually went to Mexico on August 31, 2016.

At first, Mr Bannon watched the press conference with “great satisfaction”, believing the visual to be beneficial to Mr Trump, because he was so much taller than his Mexican counterpart.

Speaking to campaign spokeswoman Hope Hicks over the telephone, he said: “This looks amazing.”

However, when the press questions started, ABC News White House correspondent Jonathan Karl asked Mr Trump if Mexico had committed to paying for the border wall. 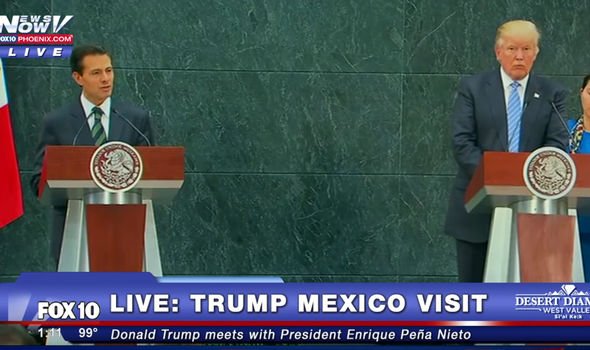 Behind the scenes, Mr Bannon said to Ms Hicks: “What the f*** is going on?”

She responded, flustered: “I can’t get him off.”

Mr Kushner, who was on the scene, started to get up from his seat, apparently to head off questions, but reporters told him to “sit down”. 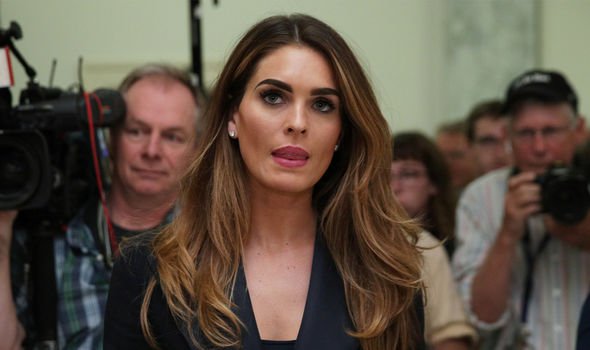 “That will be for a later date, this was a very preliminary meeting.”

In this way, the one question they did not want to draw attention to became the highlight and focus of the entire meeting.

After the press conference, Mr Pena Nieto contradicted Mr Trump’s claim that they did not discuss payment for the wall.

He tweeted: “At the beginning of the conversation with Donald Trump I made it clear that Mexico will not pay for the wall.”

To this day, Mexico have stood firm in their assertion that they will not pay for any wall on the border.

Many Mexicans and Hispanic Americans were furious about Mr Trump’s comments about them on the campaign trail.

On the very first day of his campaign he said of immigration from Mexico: “They’re sending people that have lots of problems, and they’re bringing those problems with us. 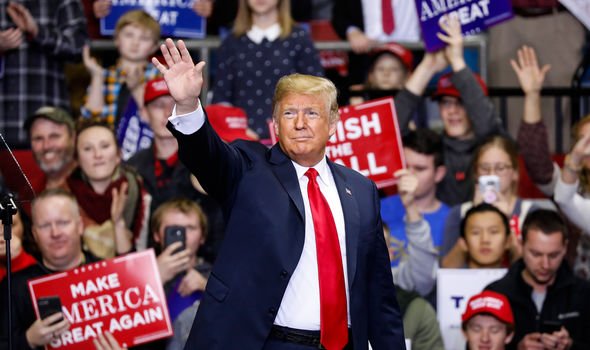 “And some, I assume, are good people.”

In the meeting with President Pena Nieto a year later, he did not apologise for his comments, according to the Mexican president’s spokesman Eduardo Sanchez.