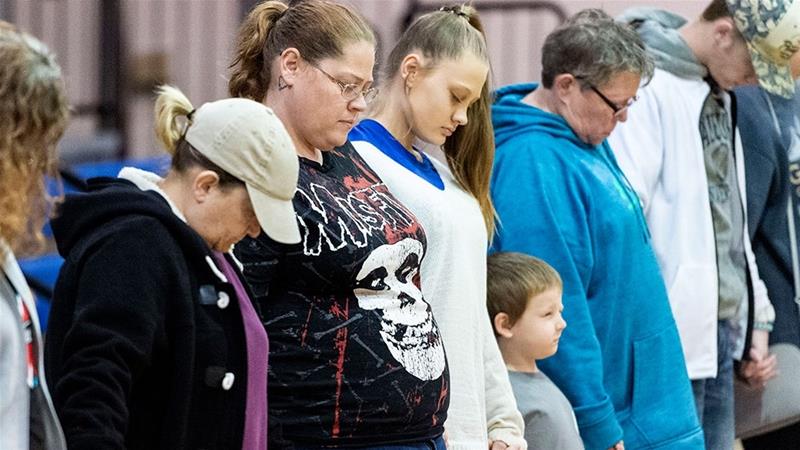 Rescue crews are using dogs and heat-detecting drones to search for victims of a tornado that has left 23 people dead in southeast Alabama in the United States.

Jones said search crews were “basically using everything we can get our hands on” to comb through wreckage and debris.

That includes dogs brought in from across Alabama and neighbouring states as well as drones equipped with “infrared capability to detect heat signatures”.

Jones said the hardest-hit areas have been checked, but the searches are far from over.

Trump has told the Federal Emergency Management Agency (FEMA) to give Alabama “the A Plus treatment”, he said in a tweet.

“To the great people of Alabama and surrounding areas: Please be careful and safe. Tornadoes and storms were truly violent and more could be coming. To the families and friends of the victims, and to the injured, God bless you all!” Trump tweeted.

‘We will stand together’

Addressing storm victims in one hard-hit county, Ivey said, “I want you to know I’ve got your back. We will do everything in our power to help the citizens of Lee County recover.”

“So to the people of Lee County, please know we are here today to stand with you today, tomorrow and in the weeks ahead,” she added. “We will stand together and get through this together.”

At least three children are among the 23 killed by the tornado. Lee County Coroner Bill Harris said that the children killed were aged six, nine and 10.

Harris said all but six of the people killed in the storm have been identified, and his office soon would begin contacting families about funeral homes and arrangements. 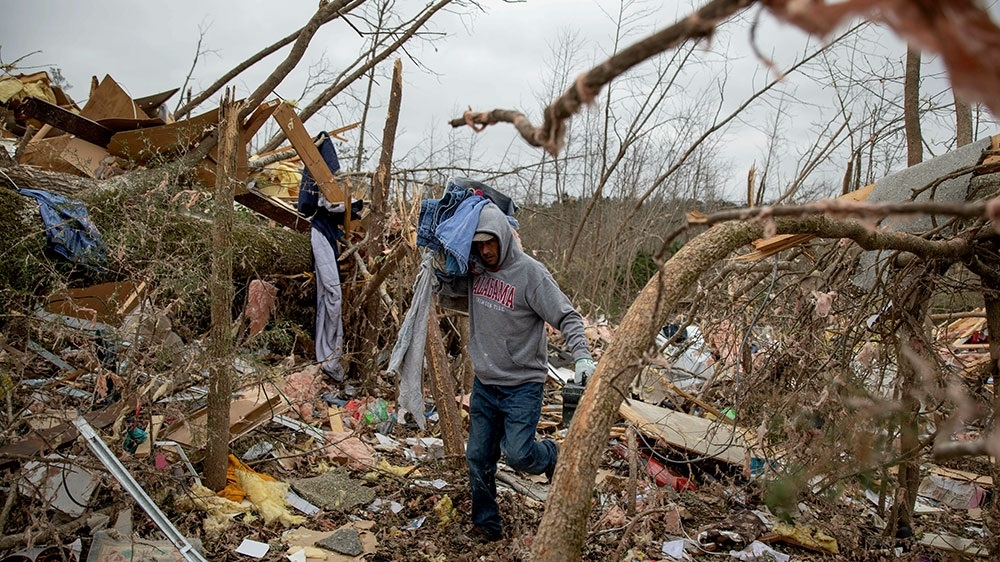 Harris warned that the overall death toll could still increase as searches continue.

Jones said search crews were still checking addresses of people who had been reported missing.

He would not give a number for how many were still missing, but said, “I would say dozens”.

A National Weather Service official said a tornado that struck southeast Alabama was an EF4 twister with wind speeds estimated at 170 mph (274 kph).

He said officials on both sides of the state line were surveying the severe storm’s damage.

Darden said it was one of several tornadoes that struck southeastern Alabama.

Sunday’s tornadoes were part of a powerful storm system that also slashed its way across parts of Georgia, South Carolina and Florida.

The storm left more than 10,000 people without power as the temperature dropped.

In rural Talbotton, Georgia, about 80 miles (130km) south of Atlanta, a handful of people were injured by either powerful straight-line winds that destroyed several mobile homes and damaged other buildings, said Leigh Ann Erenheim, director of the Talbot County Emergency Management Agency.

On Monday, friends in eastern Alabama were helping tornado survivors retrieve the scattered pieces of their lives after devastating winds destroyed their homes.