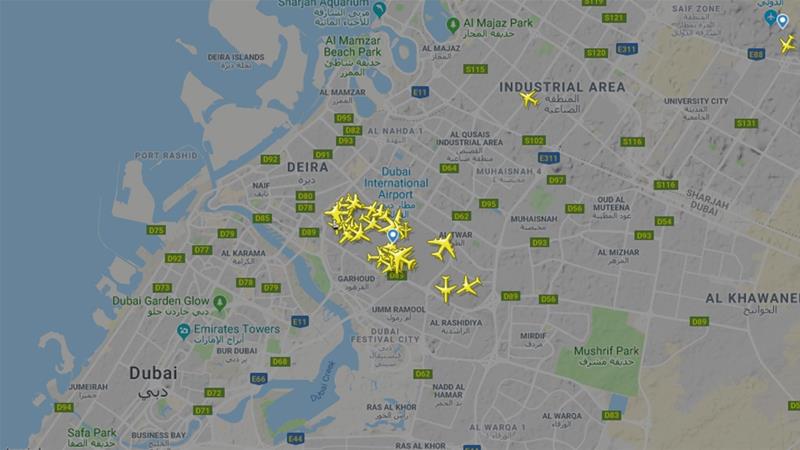 Flights at Dubai International Airport, one of the busiest in the world, were disrupted on Friday after sightings of a drone flying nearby.

The airport told the AP news agency that it halted flights from 10:13am to 10:45am (local time) over “suspected drone activity”.

It said flights were later resumed.

Alleged drone sightings have previously disrupted flights into the airport, which is the base of the long-haul carrier Emirates.

One disgruntled passenger tweeted: “Stuck for ages at Dubai airport runway unable to taxi as unauthorized drones have entered the airspace here and all takeoffs have been grounded!

“This seems to be happening often in airports everywhere.”

Stuck for ages at Dubai airport runway unable to taxi as unauthorized drones have entered the airspace here and all takeoffs have been grounded! This seems to be happening often in airports everywhere. Recently in Gatwick also

Another passenger wrote: “Dubai airport going nowhere due to drone flying around. So thousands of people sitting in planes going nowhere.”

Drones have become a major issue for the aviation industry after more than 1,000 flights were grounded or diverted over three days before Christmas in the UK following reports of drone sightings near London’s Gatwick Airport.

Police and airport authorities believed that the drones, which were spotted near the airfield more than 50 times over a 24-hour period, were being flown in a deliberate act to disrupt the airport.

In the UAE, drone owners are required to register with the General Civil Aviation Authority.

Authorities also ban hobbyists from putting cameras or lasers on their drones and flying in certain areas.