ISTANBUL (Reuters) – Turkish President Tayyip Erdogan urged Greece on Sunday to “open your gates” to refugees trying to enter the European Union from Turkey and said he hoped to win more support on migration from the EU at talks on Monday. 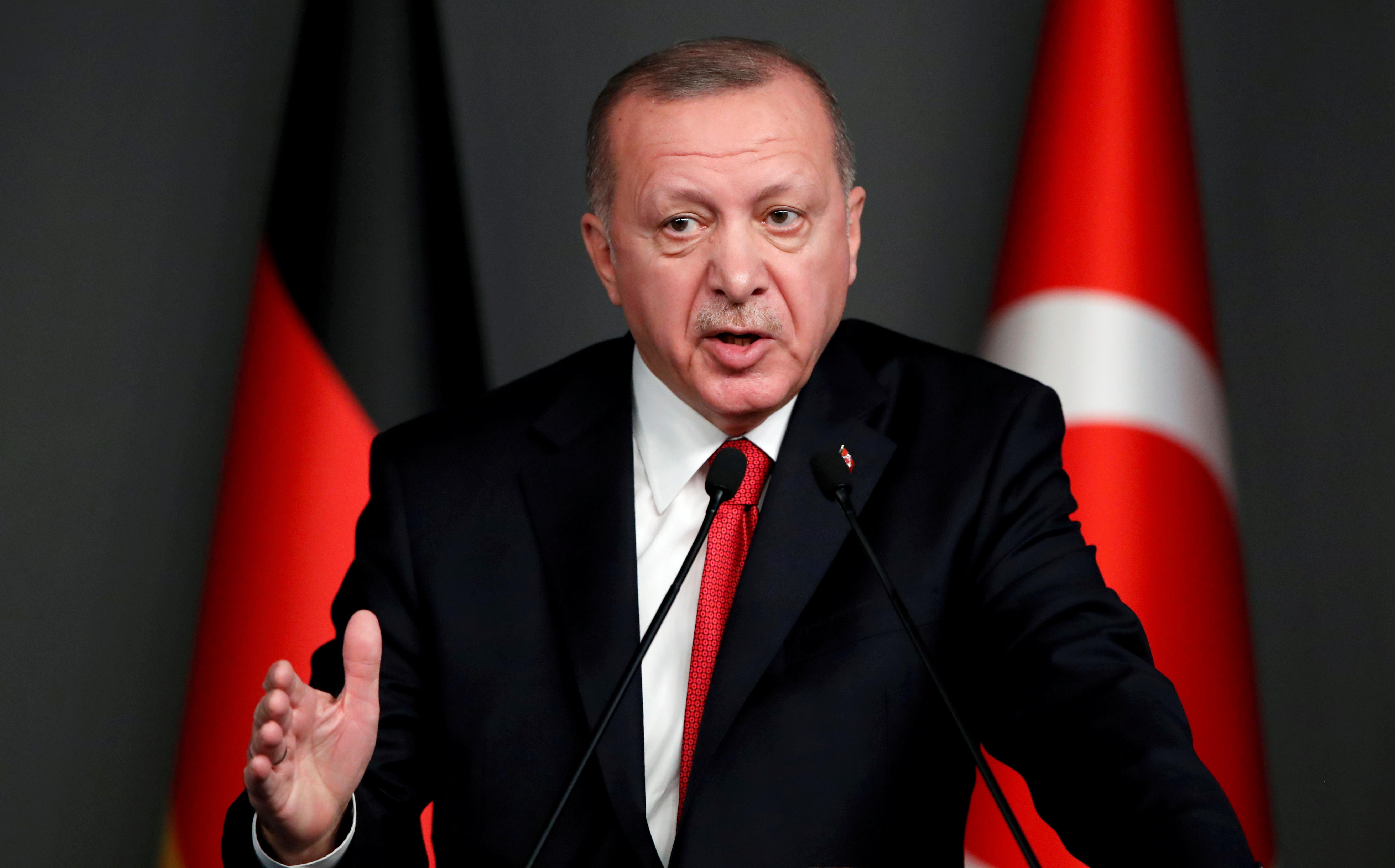 Tens of thousands of migrants have been trying to get into Greece, an EU member state, since Turkey said on Feb. 28 it would no longer try to keep them on its territory as agreed in 2016 with the EU in return for billions of euros in aid.

Turkey hosts about 3.6 million war refugees from Syria, where its troops and allied rebel forces are battling Russian-backed government forces, and says the EU has failed to honour promises made to Ankara.

“We were hoping to get much more support from the international community when it comes to refugees. I have a meeting with European Union officials tomorrow in Belgium. We will discuss these issues,” Erdogan said in a speech in Istanbul.

More than 1 million migrants, mostly from the Middle East and Asia, reached the EU in 2015 and 2016 going through Turkey and Greece, until the agreement between Brussels and Ankara stopped the flow in March 2016. Turkey now fears a new influx of refugees following the latest fighting in Syria.

“We have fulfilled the obligations of the agreement we have made with the EU. However, the EU did not fulfil its commitments except for minimal contributions … I hope we will achieve different results this time,” Erdogan said.

“FAIR SHARING OF THE BURDEN”

Under the 2016 deal, the EU were to provide 6 billion euros ($6.8 billion) to help Turkey finance housing, schools and medical centres for the refugees. Erdogan said Turkey had received only half of this amount so far.

Turkey says the EU has not carried out promises of visa-free travel for Turkish citizens and an enhanced customs union. Ankara also wants more European support in Syria, where it aims to build a settlements for refugees to return to northern Syria.

EU foreign ministers said last week they were ready to take “all necessary measures” to stop illegal crossings into Greece, but Erdogan said the migrants would not stay in the country once they had crossed the border.

The Greek authorities say they have thwarted thousands of attempts by migrants to cross from Turkey’s western province of Edirne since last week.