Viewers were left “put off seafood for life” after filmmaker Ali Tabrizi uncovered the impact that commercial fishing has on the environment. The new documentary paints a sobering picture for the future of our oceans through a number of interviews with experts and activists, including a claim that humanity faces “empty oceans” by 2048 if we continue to fish at this current rate. Among those who came under fire during the show was Karmenu Vella, the European Commissioner for Maritime Affairs and Fisheries.

Mr Vella stated that the “idea is not to stop fishing, the idea is to do more sustainable fishing”.

Due to its slow rate of decomposition, plastic accumulates in seas, oceans and on beaches in the EU and worldwide. 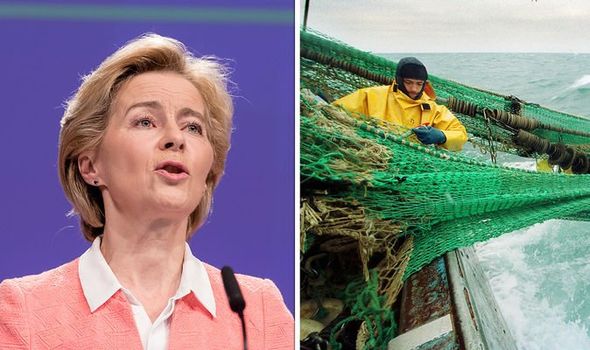 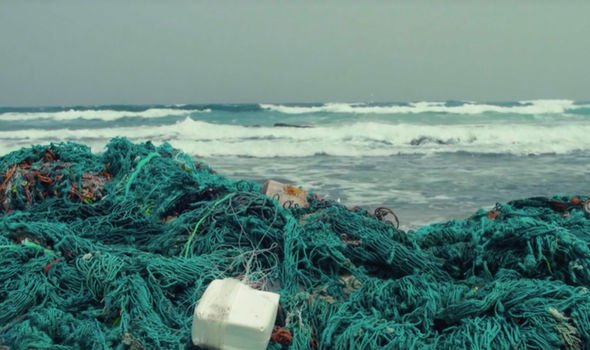 Plastic residue is often found in marine species – such as sea turtles, seals, whales and birds, but also in fish and shellfish, and therefore in the human food chain.

But with a combined fishing fleet of almost 100,000 vessels, according to reports, some probed if time would be better spent on tackling the waste dumped by boats.

Author and activist George Monbiot said: “Even those who are talking about marine plastic are highly reluctant to talk about what a lot of that plastic is.

“It is fishing nets and fishing gear.

“We hear a lot about the Great Pacific Garbage Patch, and say, ‘Isn’t it terrible? All our cotton buds and plastic bags are swirling around’. 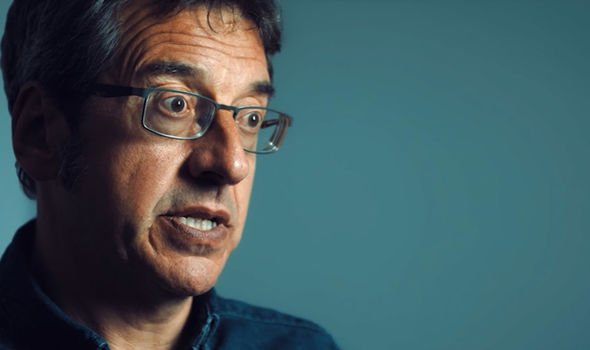 “46 percent of it is fishing nets, discarded fishing nets – which are far more dangerous for marine life than plastic straws.

“They are designed to kill. This is so crushingly obvious, why aren’t we talking about it?”

A global study estimated a conservative 1,000 sea turtle deaths from plastic per year.

However, in the US alone, 250,000 sea turtles are captured, injured, or killed every year by fishing vessels.

According to reports, plastic straw accounted for 0.03 percent of plastic entering the ocean.

Under the Common Fisheries Policy (CFP), the EU “aims to ensure that fishing and aquaculture are environmentally, economically and socially sustainable”. 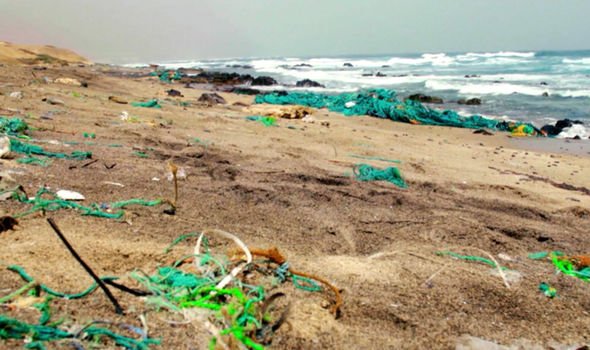 But Mr Tabrizi questioned how this was possible.

He added: “Fishing vessels discard a massive amount of ropers and lines and this was a major problem.

“Today, even some of the most remote places on Earth were awash with fishing gear.

“Like Henderson Island in the Pacific Ocean, and Svalbard in the Arctic Circle.

“Looking closer at some of the whales that washed up in the UK, I discovered fishing gear was the main trash in their stomachs

“This was the whale in the room that no one was talking about.”

Several individuals and organisations featured in the movie have criticised it or disputed claims made by the filmmakers, including the Plastic Pollution Coalition. 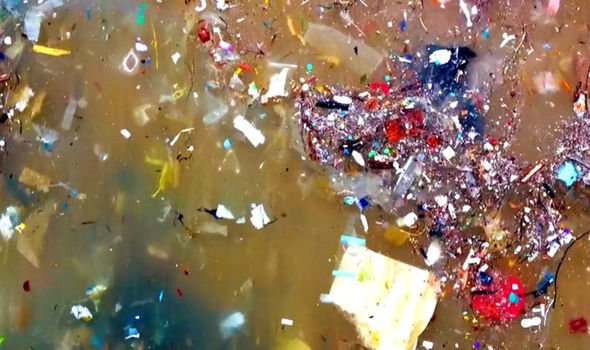 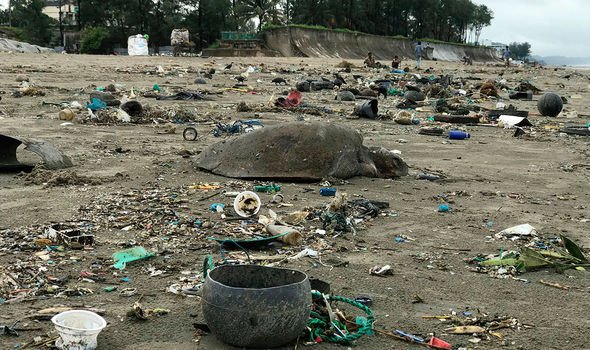 In a statement, they said: “The film misrepresented the ocean plastic pollution crisis to suit the filmmakers’ agenda.

“The film claimed 46 percent of ocean plastic consists of fishing nets, while not including the fact that this came from a study of one ocean gyre.

“In fact, fishing gear represents 10 percent of ocean plastic overall, according to a Greenpeace report.

“Plastic pollutes across its lifecycle, from the extraction of the fossil fuels, to use, and disposal (whether ending up in the ocean or our environment).”

Express.co.uk has recently launched its Green Britain campaign to help save the UK’s environment.

We are calling on Prime Minister Boris Johnson to show world leadership on the issue in the run-up to the G7 summit in Cornwall in June and the crunch Cop 26 climate change summit in Glasgow in November.

Along with green entrepreneur Dale Vince we have called on the Government to scrap VAT on green products and to make more space for nature.