Speaking to reporters as she arrived in Brussels for the Special EU Summit, Ursula von der Leyen claimed the next three days of talks with EU member states will be “long and tough”. She welcomed the European Council President’s proposals for the next EU budget as a “good starting point” and stressed she will fight for a “modern budget” that will see at least 25 percent of the funds invested in her Green Deal.

She said: “Today we’re going to negotiate the budget, it’s going to be long, long and tough.

“I welcome the proposal of the President of the Council for the next European budget because it puts a lot of emphasis on the European Green Deal and making Europe fit for the digital age.

“For us, it’s important that at least 25 percent of the overall budget will be mainstreamed on projects and dedicated to projects that are within the European Green Deal. 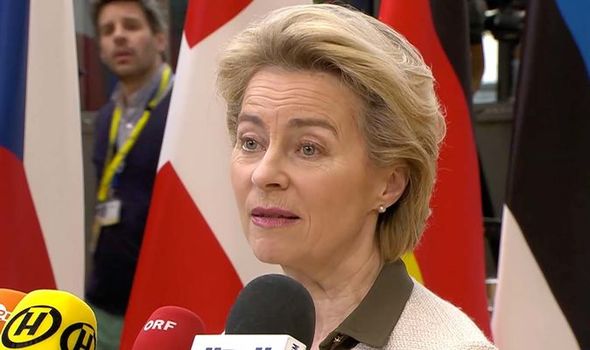 EU Council members will be in talks for the next three days to work out the firs-ever EU budget post-Brexit.

Leaders are expected to clash over the EU’s 2021-2027 budget as Britain’s exit leaves a 75 billion euro hole in the bloc’s finances just as it faces costly challenges such as becoming carbon neutral by 2050.

The budget is the most tangible expression of key areas on which the EU members must focus over the next seven years and their willingness to stump up.

For the coming seven-year cycle, the starting point for talks is 1.074 percent of the bloc’s gross national income (GNI), or 1.09 trillion euros.

Still, disputes over hundredths of percentage points have kept EU and government officials busy for the last two years and many diplomats remain sceptical that a deal will be reached this weekend.

Italy is one of the net contributors to the common EU pot. Italian Prime Minister Giuseppe Conte said on Wednesday: “Tomorrow’s summit is a complex and complicated summit because the proposal we have received does not meet our expectations.”

Ms Marin said the proposal “has gone to the wrong direction” and has become “too high” while also claiming the Council president had agreed to water down the issue of rule of law with his latest proposal.

While the Finnish leader agreed EU members are currently “far from each other,” Ms Marin expressed her hope the countries will “find an agreement” during the summit. 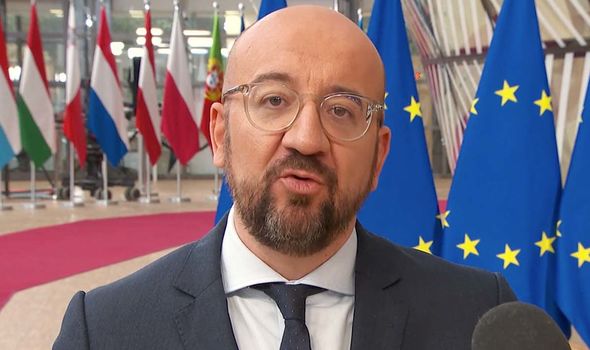 The EU budget gets money from customs duties on goods entering its single market, a cut of sales tax, antitrust fines imposed by the EU on companies, and from national contributions.

Some net contributors – the “frugal four” of the Netherlands, Austria, Sweden and Denmark – want to limit the budget to 1.00 percent of GNI.

Germany, the biggest contributor, is prepared to accept a bit more, but 1.07 is too high for Berlin.

Arriving in Brussels earlier this morning, President Michel said: “This morning we will start our summit about the next European budget.

“The last weeks we have worked very hard with all the leaders and I’m grateful to the leaders for the hard work we have done together.

“But I’m convinced that it is possible to make progress in the next hours or in the next days.