BRUSSELS (Reuters) – European Union leaders will decide on a “carrot and stick” approach to Turkey when they meet on Sept. 24-25, their chairman said on Friday, proposing a multi-party conference to defuse tensions in the eastern Mediterranean. 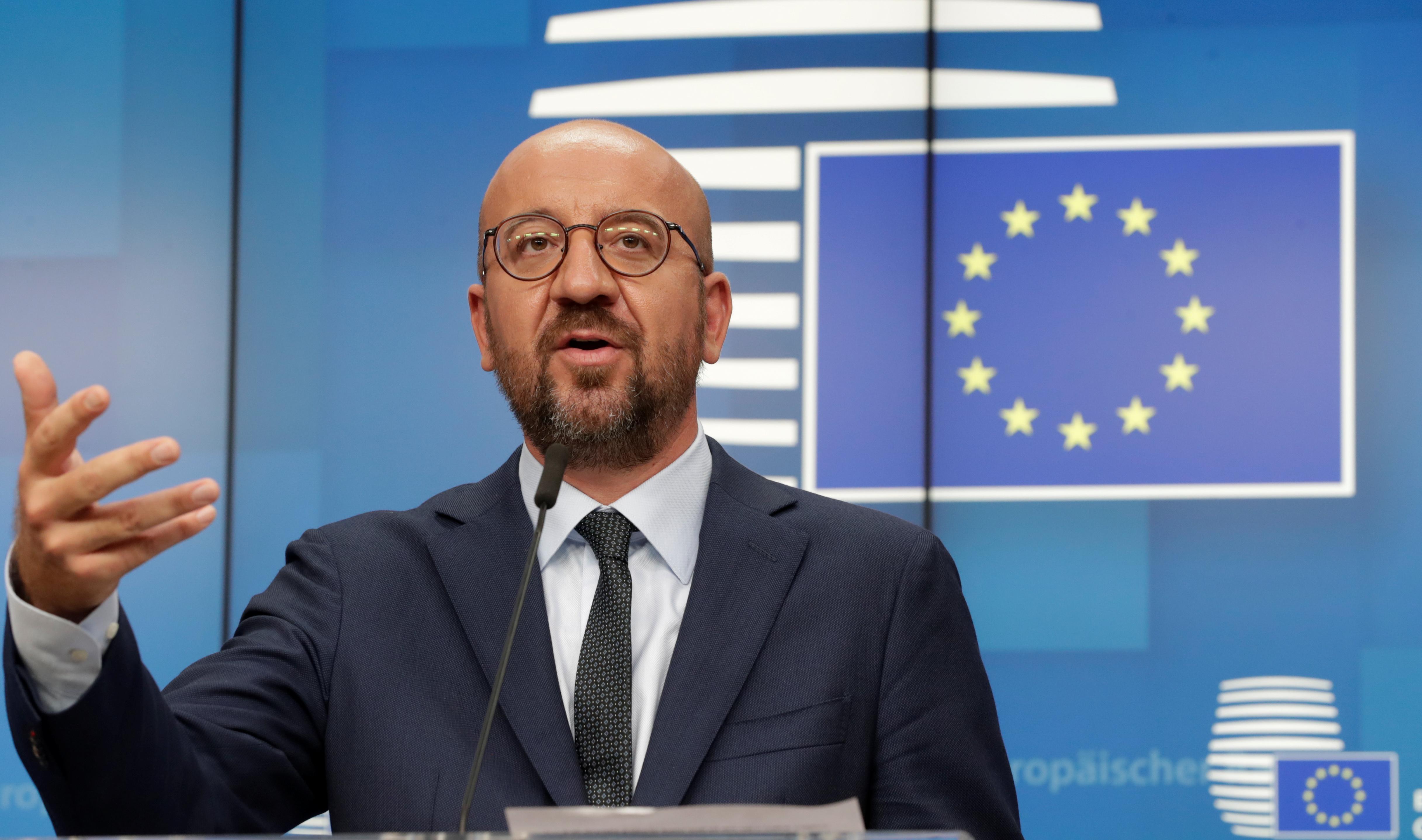 European Council President Charles Michel spoke to Reuters and five other European news agencies as a stand-off over oil and gas deposits simmered between EU members Cyprus and Greece on one side and the bloc’s uneasy NATO ally Turkey on the other.

The EU has already imposed minor sanctions against Ankara over the matter and the 27 EU leaders will tackle it again soon in Brussels. Michel, who will host the meeting, said the EU would reaffirm its support for Greek and Cypriot sovereignty.

“We will identify tools in our external policy, a sticks and carrots approach – what tools to use to improve the relationship and what tools to react (with) if we are not being respected,” he said. “We want to be respected.”

Michel, who is due to travel to Greece, Cyprus and Malta before the summit, also proposed an international conference on the eastern Mediterranean involving the key parties and NATO.

“That could be the best way to de-escalate in the region and offer a channel for dialogue,” he said, adding he had already floated the idea with Athens and Ankara. “What is happening, what has been happening the last few weeks, cannot go on.”

Michel said the gathering could discuss the thorny issue of maritime boundaries in the eastern Mediterranean, energy, security and migration. Last month Turkey sent a survey vessel, escorted by frigates, to explore for oil and gas in waters claimed by Greece, a move Athens said was illegal.

A collision between Greek and Turkish warships shadowing the survey vessel last month highlighted the risk of conflict.

Michel declined to discuss the specific incentives or punitive steps the bloc could take with respect to Turkey.

Ankara has long sought an upgrade of its customs union with the EU, a process that has stalled over President Tayyip Erdogan’s sweeping anti-terrorism legislation that underpinned widespread jailings of opponents following an abortive 2016 military coup. Turkey’s long-standing request to join the EU is all but dead over Erdogan’s perceived authoritarianism.

At the same time, the bloc relies on Turkey to prevent millions of Syrian and other refugees and migrants on its soil from heading to the EU, where migration feuds have spurred the rise of eurosceptic nationalist parties in recent years.

The EU has already promised 6 billion euros to help Turkey host migrants, though Ankara has long complained the money was too slow to arrive. The bloc could agree more such funding in one example of a positive gesture to Turkey.

Granting Turkey’s wish for visa-free travel to the bloc, however, has long been contentious among EU member states that also object to Erdogan’s track record on human rights and the broad, post-coup crackdown on dissent.

Asked about potential EU sanctions before Michel’s comments, a spokesman for Erdogan’s AK Party said the bloc could expect cooperation from Turkey if it were hit with penalties over the eastern Mediterranean.

“At that point, the EU should not expect cooperation on the migrant issue. It should not think that it can impose sanctions over the eastern Mediterranean and continue cooperation in other areas,” Omer Celik told broadcaster NTV. He added that Ankara would “be happy” to join any potential negotiating round.