European weather forecasters have observed an “explosive development” over the continent this week. Experts with Severe Weather Europe have noted explosive cyclogenesis, otherwise known as a “bomb cyclone” took place over the last three days.

According to forecasters with Severe Weather Europe, Iceland and the Faroe Island will see adverse conditions this week.

Experts observed a sharp pressure drop around the region this week, descending from 1012 mbar on February 18, to 972 mbar this morning (February 19).

They state the rapidly developing “cyclone” will push a violent wind storm into the Faroes and Iceland, with possible severe wind over a wider area.

The forecasters said: “A rapidly developing extra-tropical cyclone is looking more impressive on the satellite, gradually developing hurricane-force winds around its core.” 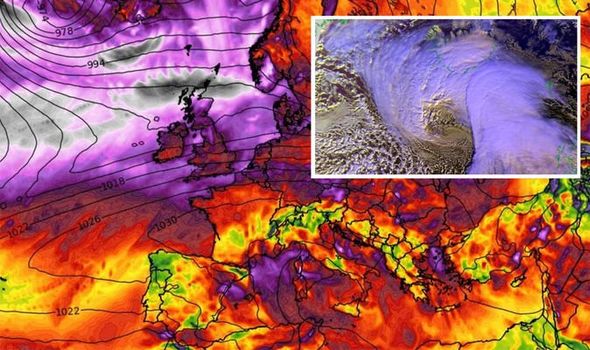 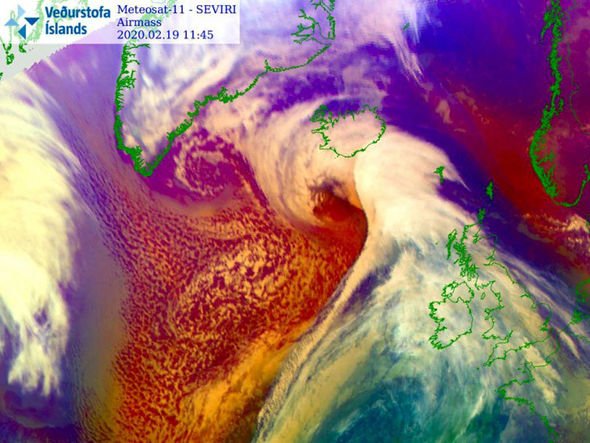 “With the pressure drop of around 35 mbar during the past 24 hours, the system is classified as a ‘bomb cyclone’.

“Its future impact remains on track with the previous discussion, it will push a violent windstorm between Iceland and Faroes, but also severe to extremely severe winds over a broader area.”

Weather forecasters with other agencies are generally in agreement with Severe Weather Europe’s observations, as they show a band of strong wind descending over the continent from the west.

Maps from WXCharts show gusts between 50 and 90mph will pass over northern Europe by Saturday, February 20. 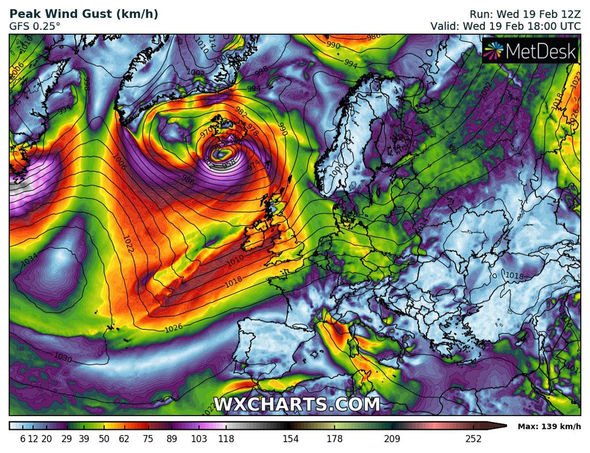 There, maximum gusts could exceed 90mph over open water and roughly 60mph inland.

In the UK, the winds will bring chances of increased rainfall to the west coast, which is already dealing with the fallout of heavy floods.

The Met Office has laid down more than eight yellow weather warnings over the next four days, six of which are for rain. 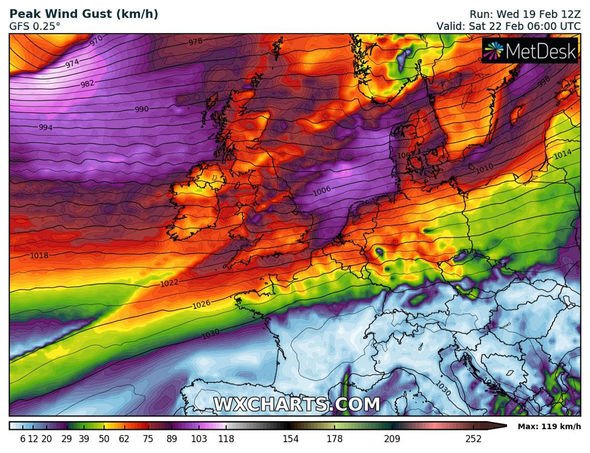 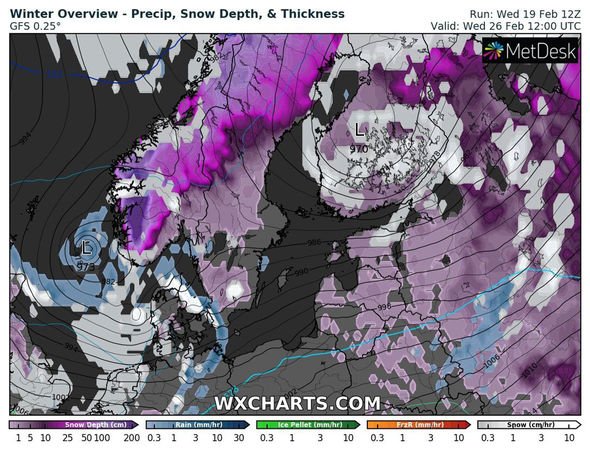 The agency has issued four alerts over the west coast between Wednesday and Thursday, with 30 to 40 mm to pour out over Scotland, the Midlands and parts of Wales.

They warned further flooding of homes and business is possible as a band of rain progresses over the country, with potential travel delays.

The same wind which brought flooding to the UK will bring snow to northern Europe.

Ms Jenkins told viewers: “We’ve seen severe flooding in places over the last week or so, particularly across England and Wales, and there’s more rain to come.

“There’s been a lot of snow here in recent days.

“Across the eastern side of Europe, we’ve got heavy showers, longer spells of rain and some strong gusty winds.”