The pandemic quickly swept across the continent, with EU member states severely impacted by COVID-19. So far, Italy has seen more than 25,000 deaths – the second-highest official death toll worldwide.

The virus has also dealt a devastating blow to the EU27’s finances, with forecasts of an economic slump not seen since the Great Depression almost a century ago.

However, the economic crisis facing the EU now risks putting the future of the bloc in jeopardy.

A new poll has found 40 percent of Italians would support quitting the EU and scrapping the euro as its official currency.

A further 6.1 percent would support just quitting the EU, while 7.3 percent support remaining in the bloc but scrapping the euro.

The results come from a survey carried out by pollsters Bidimedia, who asked Italians “would you agree to leave the euro and the EU?”

SIGN UP AND PLEDGE YOUR SUPPORT TO OUR BRAVE NHS HEROES 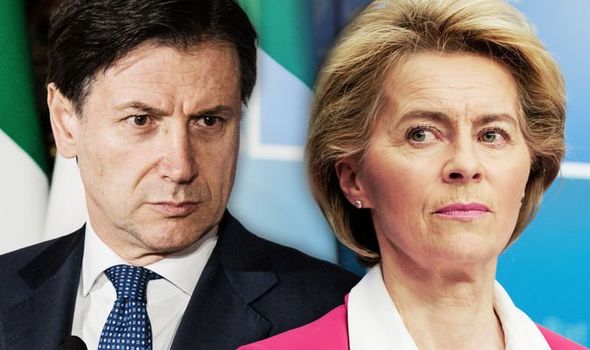 The findings are a warning to EU leaders about the fragile state of the bloc, with strains in relations beginning to show.

Just last month another opinion poll, carried out by the news agency Dire, found 88 percent of Italians felt they had been let down by their European allies.

The eurocrat offered “a heartfelt apology” for letting down Italy when it first became engulfed by the virus.

Speaking to the European Parliament, Ms Von der Leyen said: “Too many were not there on time when Italy needed a helping hand at the very beginning.

“And yes, for that it is right that Europe as a whole offers a heartfelt apology.” 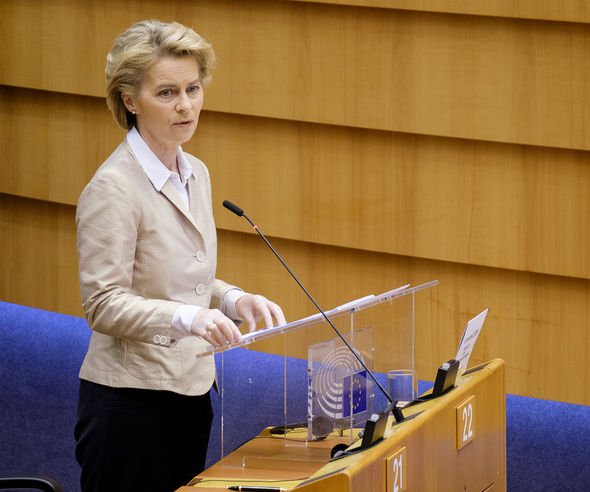 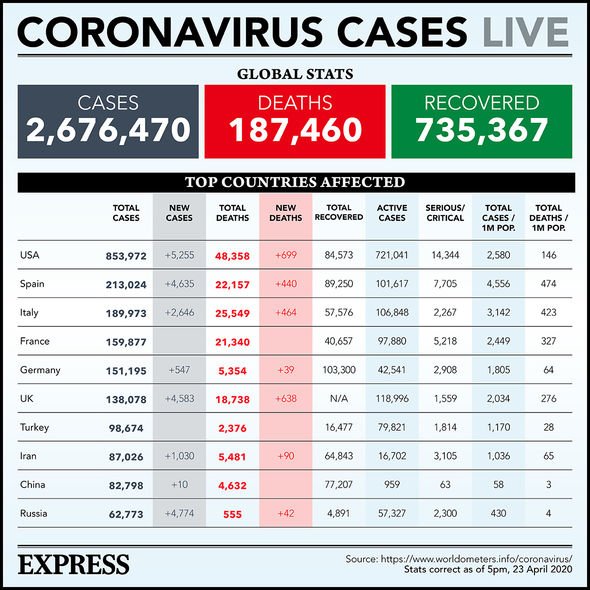 She went on to say “Europe has now become the world’s beating heart of solidarity” in beating coronavirus.

However, COVID-19 has seen old tensions between member states re-surface, with EU leaders bitterly divided over how to respond to the pandemic.

Italy – along with France and Spain – are demanding a €1.5trillion grant to be distributed amongst the worst hit member states.

However, Germany, Sweden and the Netherlands are leading calls for the money to be sent as loans which must be repaid at a later date. 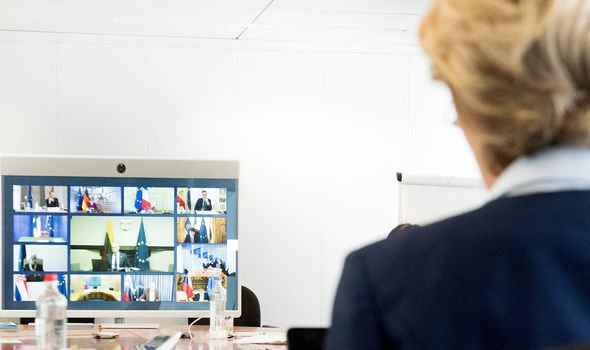 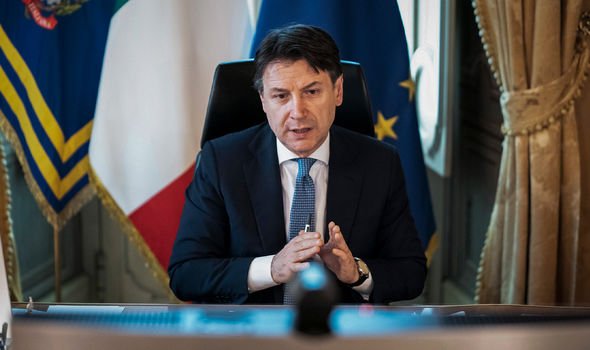 A video-meeting between EU leaders held yesterday broke up after just four hours as member states failed to bridge the divide in their differences in approach.

With such a large proportion of Italy already supporting the country quitting the bloc, the country’s prime minister has warned coronavirus risks becoming an existential threat to the EU.

Giuseppe Conte said the pandemic was an economic and social emergency, but “now we are facing a political emergency as well”.

Attempting to play down the divisions between member states, Ms Von der Leyen said after the meeting broke up: “Arguments have been exchanged tonight but in a very constructive manner.” 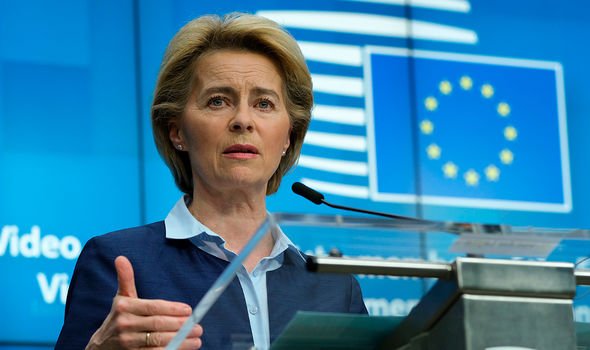 She added: “There will certainly be a sound balance between grants and loans, and this is a matter of negotiation within the group of member states.”

Despite differences over the rescue package, in a sign of solidarity, the leaders did agree to follow guidance from the European Commission on how and when to ease coronavirus lockdowns.

All member states agreed to stick to their current social distancing measures until the virus’ spread had been reduced for a “significant period”.