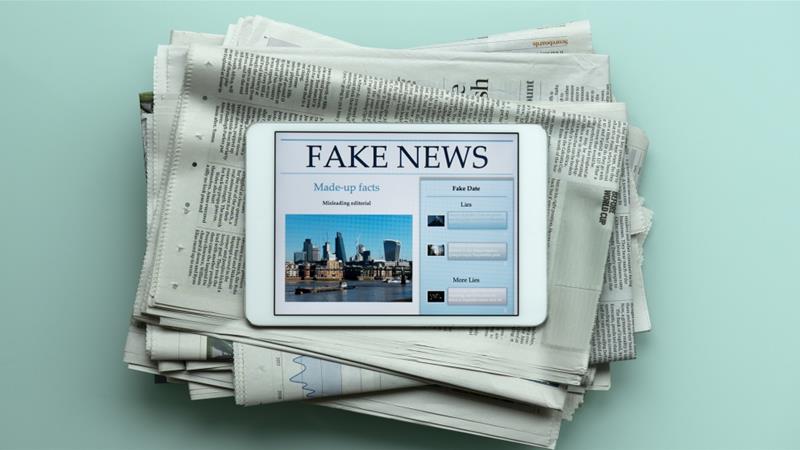 At least 19 fake personas, acting as Middle East experts, wrote 90 opinion pieces for dozens of mostly US right-wing news outlets, an investigation by a US news website has revealed.

The opinion pieces had a common theme of heaping praise on the United Arab Emirates and advocating for a tougher stance on Qatar, Turkey, Iran and its proxy groups in Iraq and Lebanon, according to The Daily Beast which carried out the investigation.

The articles were published in US conservative outlets such as the Washington Examiner, RealClear Markets, American Thinker and The National Interest.

The Middle East-based websites that also published these pieces include Al Arabiya, The Arab News, and The Jerusalem Post.

Following The Daily Beast’s publication of its findings, Twitter suspended 16 accounts involved in spreading the propaganda.

“Using technology, human review and partnerships with researchers and other independent organizations studying these issues, we work to identify platform manipulation on our service and take action,” a Twitter spokesperson said in a statement.

“As is standard, if we have reasonable evidence to attribute any activity to a state-backed information operation, we’ll disclose them – following thorough investigation – to our public archive.”

“The backstories used to buttress the network’s credibility are similarly phony,” The Daily Beast wrote.

“Some authors pretended to be journalists, either freelance or former full”.

One claimed to be a former reporter for The Associated Press based in London, “though no public record of an AP journalist matching Salma Mohamed’s description is available”.

Marc Owen Jones, an assistant professor at Qatar’s Hamad bin Khalifa University, said more “due diligence” should have been done by the editors of the outlets that had published these personas.

“The big problem here is an issue of vetting,” Jones told Al Jazeera. “These outlets that have published these works – which includes prominent outlets like The Washington Examiner – are not doing sufficient checks on their contributors.

“I sympathise with the editors because they are under a lot of pressure, but really, in the age of fake news, I think more scrutiny has to be done on people submitting opinion pieces,” he added.

Jones said the investigation is only the “tip of the iceberg” and that the network of fake personas masquerading as experts on the Middle East is part of a “large-scale operation”.

“The thrust of the articles seem to concern Iranian and Turkish expansionism and the role of the Muslim Brotherhood in the world, which would suggest to me that it puts in line with certain right-wing US think-tanks or the foreign policies of the UAE or Saudi Arabia,” he continued.

“If we look at all the discourse of the articles, there is a common theme running through them that would suggest it was carried out on behalf of a state by a particular entity.”