Daniel Filmus, Argentine Secretary of Malvinas, Antarctica and South Atlantic, has revealed the country has “a strategy that will last over time” to reclaim the disputed territory.  The Falklands Islands, which is named Islas Malvinas, by Argentina, have caused tensions between the UK and Argentina for many years as the South American nation has claimed sovereignty over it despite nearly 200 years of UK control. Mr Filmus added that now Brexit has occured, European countries may feel some more sympathy towards Argentina’s plight.

He told Argentine news agency Télam: “Argentina will surely recover Malvinas when we have an enduring strategy over time.

“While governments come and go, any Briton would think ‘hopefully the next one will come and it not worry about this’.

“We aspire that, freed from the commitment of having the United Kingdom inside the EU, European countries can understand in greater depth the reasons why Argentina, from the historical, legal and geopolitical point of view, demands sovereignty over the Malvinas.”

Mr Filmus added that the previous government of President Mauricio Macri did not handle the Falklands well. 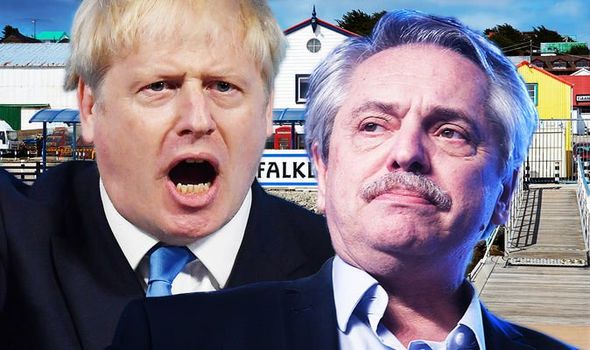 He added the new Argentinian administration was planning to create a commission to study all the issues in which progress was being made, such as fishing, flights and natural resources.

He said: “The creation of that commission is fundamental and decisive so that what happened in these last four years does not happen again, in which Argentina had a different attitude, as it did in the 1990s.

“The commission will be created at the presidential level, and will incorporate the opposition, Tierra del Fuego, academics, jurists and war veterans.

“Argentina will surely recover the Malvinas the day the country has an enduring strategy over time. There also has to be a national commitment to respect the interests and way of life of the Islanders. 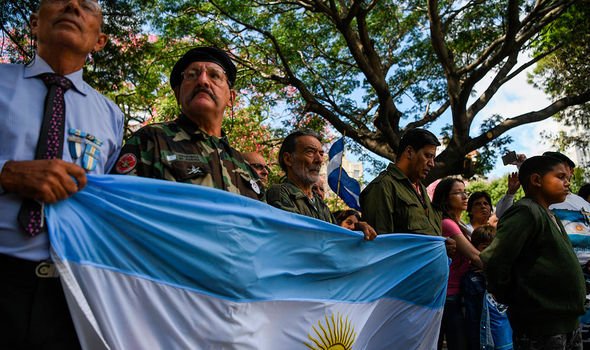 “This commission will develop medium and long term strategies and will strengthen Argentina’s international presence with state policy arguments.”

Back in April 1982, Argentine troops invaded the Islands and sparked a war.

The number of Argentine dead is estimated at about 650 and 255 British servicemen died during the conflict.

The war ended with Argentina surrendering around 10 weeks later. 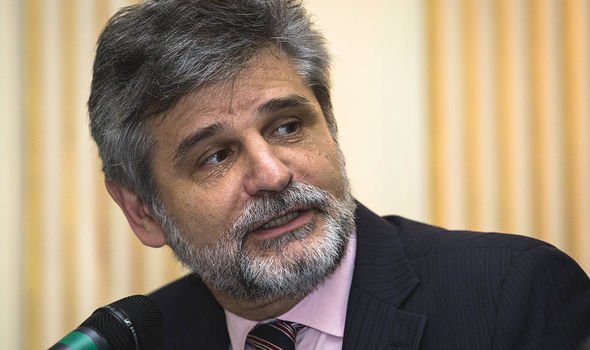 A referendum was held in 2013 that saw 99.8 percent of Falklands residents vote to remain under British rule.

Only three of the 1,571 voters said they wanted to be under Argentine rule.

There was also a huge 92 percent turnout.

Mr Filmus said earlier this month that Buenos Aires will try to reclaim the Falklands through diplomacy. 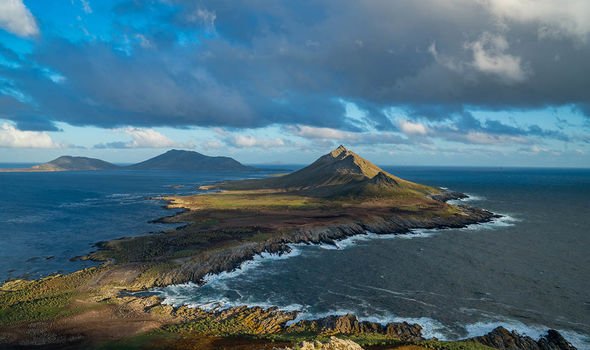 He said: “We are proud that Argentine democracy has decided that the only way to recover sovereignty is diplomacy and peace.

“We will continue to claim in that way.

“We are sure that the world condemnation to put an end to colonialism will eventually end this situation, just as it will end the cases of Chagos and Gibraltar.”