Vladimir Putin has issued a decree for partial mobilisation of Russian reserve forces in a bid to boost Moscow’s troops on the frontline by 300,000 men. In a national address, the President warned Western nations he would be willing to use “all available means” to continue the invasion of Ukraine until the country was brought under Kremlin control. Former advisor and spokesman for the Russian President, Sergei Markov defended the so-called “special military operation” as he claimed the UK encouraged the spread of misinformation about the conflict. He claimed Moscow could use nuclear weapons against Western allies of Ukraine if their interference in the war continued.

Mr Markov said: “There is bad news for your people in London because Vladimir Putin directly said that he will be able to use nuclear weapons against Western countries – against you, against Great Britain.”

He urged Western nations to halt their intervention in the conflict, which he described as the Russian “liberation” of Ukraine from the control of NATO powers.

He added: “You are misinformed about this. You don’t get information in Great Britain about this.” 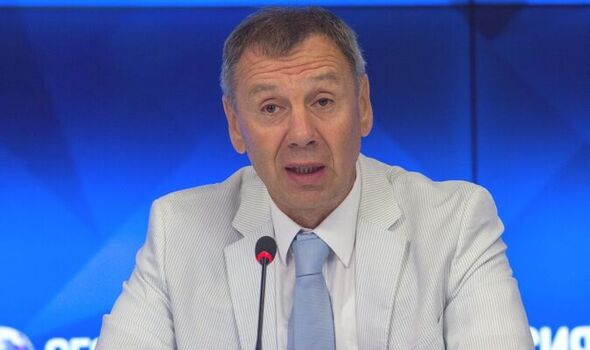 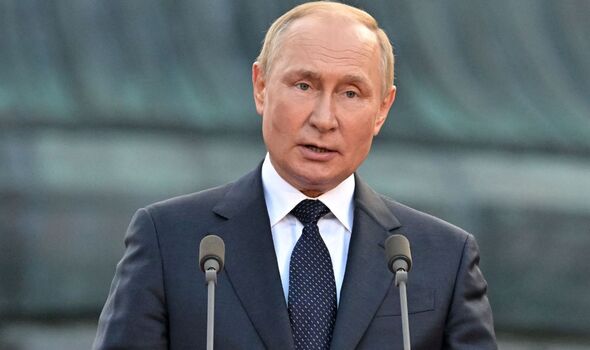 Speaking of Moscow’s decision to mobilise a further 300,000 troops, the former Kremlin advisor said it was in response to Ukraine’s persistent increases to military forces.

“In Russia, there has been no mobilisation before. In Ukraine, there have been four waves of total mobilisation.

“As a result, Ukraine, which has a population five times smaller than Russia, has an army twice the size of the Russian army on the frontline.”

In February when Russia formally declared the invasion of Ukraine, President Zelensky issued a decree prohibiting men aged between 18 and 60 from leaving the country. Reserve forces and conscripts have been called up to the frontline to assist in the defence of the nation while Western allies of Ukraine have provided extensive military supplies. 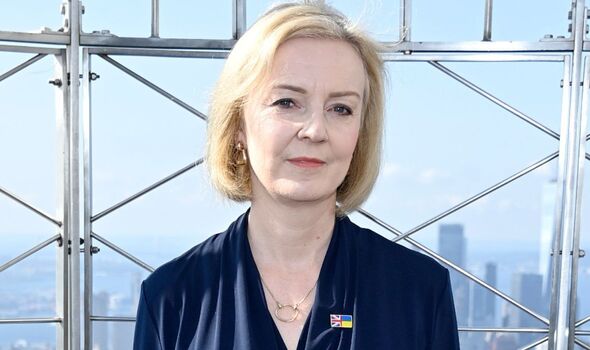 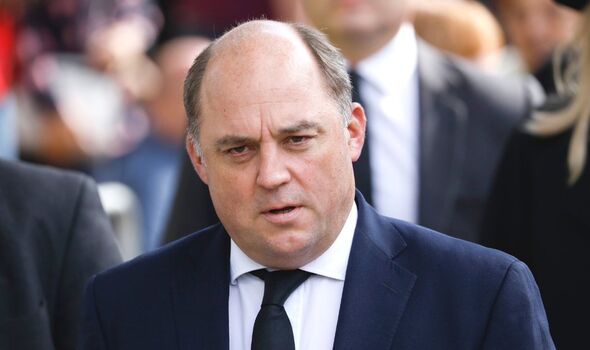 Vladimir Putin has asserted he would be willing to use all available resources to defend the “territorial integrity” of Russia, hinting at the prospect of a nuclear conflict.

The President said: “In the event of a threat to the territorial integrity of our country and to defend Russia and our people, we will certainly make use of all weapon systems available to us. This is not a bluff.”

US President Joe Biden claimed the speech amounted to an “overt nuclear threat” against the West. 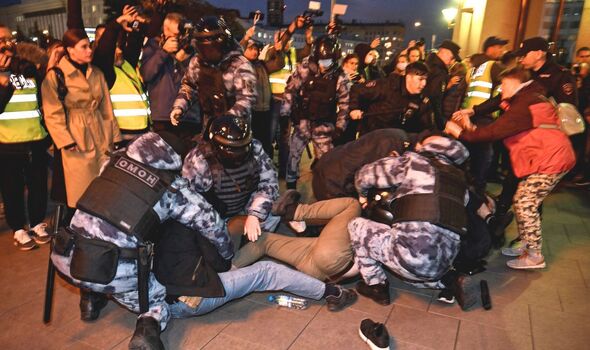 He said: “No amount of threats and propaganda can hide the face that Ukraine is winning this war, the international community is united and Russia is becoming a global pariah.”

In spite of Putin’s threats, the UK has committed to continuing its alliance with Ukraine as Prime Minister Truss has pledged to match or exceed the £2.3billion already spent on military aid in 2023.

Within Russia itself, fierce anti-war protests have broken out in cities across the country in wake of the Kremlin’s announcement as groups of civilians rise up to oppose wider mobilisation.

Read next:
‘Putin is in agony’ Russian fears of unrest over Ukraine war
‘This is a loser’s throw’ Putin’s last ditch effort to conquer Ukraine
Nuclear attack in London ‘possible’ warns ex-Putin advisor
‘We must no blink!’ Putin’s threats exposed as ‘absolutely desperate’
Russia is recruiting ‘thieves and killers’ from prisons