Home » World News » France closes its borders to all countries outside the E.U. as cases rise.

France said on Friday that it would close its borders to non-European Union countries as cases rise and the government struggles to avoid a new lockdown.

Jean Castex, the French prime minister, said that all travel between France and nations outside of the E.U. would be banned starting on Sunday, with exceptions made only for urgent matters. All travelers from E.U. countries, except for cross-border workers, will have to present a negative coronavirus test to enter the country, Mr. Castex added.

Speculation about new restrictions had been growing in France over the past week, with a flurry of conflicting and often confusing information from officials, and many were expecting President Emmanuel Macron to replace the current 6 p.m. to 6 a.m. curfew with a new lockdown.

Speaking after a special cabinet meeting in Paris, Mr. Castex acknowledged France faced a “strong risk of acceleration of the epidemic” because of the more contagious British and South African variants of the virus, and said debates over a new nationwide lockdown were “legitimate.”

“But we all know the very heavy toll it has on the French, on all counts,” he said of a lockdown. “This evening, we consider that in view of the numbers over the past few days, we can still give ourselves a chance to avoid one.” 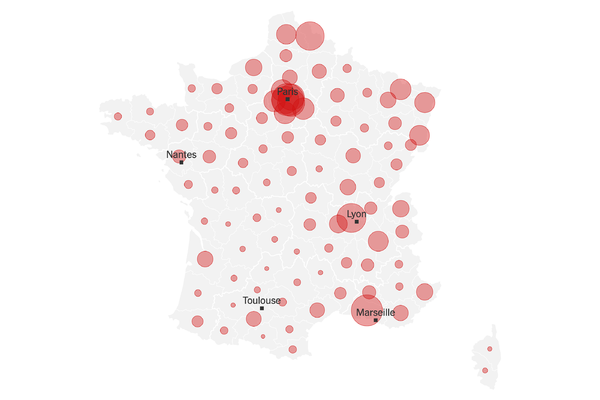 A detailed map shows the extent of the coronavirus outbreak, with charts and tables of the number of cases and deaths.

The variants that emerged in Britain and South Africa have both been detected in France, and the country’s vaccination campaign has slowed amid disruptions in the E.U. supply chain. The number of new cases has continued to rise in France over the past few weeks, with nearly 23,000 new cases reported on Friday, though they have not skyrocketed like they have for some of France’s neighbors.

Britain, which has faced record numbers of cases and deaths, tightened its travel restrictions on Wednesday, requiring British citizens arriving from 22 high-risk countries to quarantine in hotels for 10 days at their own expense. England entered its latest lockdown at the start of January.

The European Commission, the executive arm of the European Union, recommended on Monday restricting nonessential travel in a bid to prevent blanket border closures, which can obstruct trade and the movement of cross-border workers.

“We need to keep safe and discourage nonessential travel,” Ursula von der Leyen, the president of the commission, wrote on Twitter, citing the danger of new variants circulating.

Mr. Castex also announced the closure of the country’s largest malls that do not sell groceries, starting on Sunday, and increased police checks on curfew violations and establishments like restaurants that open illegally. Companies will be further encouraged to have their employees work from home, he said.

“Our goal is to do everything to avoid a new lockdown, and the next few days will be decisive,” Mr. Castex said.