French farmers drove tractors through town centres and blocked highways to oppose extra agricultural imports from South America, raising pressure on President Emmanuel Macron to push against a new trade deal. The EU negotiated a preliminary agreement for a free trade agreement with the Mercosur bloc, comprising Brazil, Argentina, Uruguay and Paraguay. A key priority for the South American countries was access to the European agriculture market, where they hoped to sell meat, poultry and other products. After 20 years of deadlock, Brussels clashed with Brazil over the export of sugarcane ethanol as the Brazilian Government, along with its allies, requested more access to Europe’s customers.

The request was eventually granted by Brussels in 2019 after farmers in Europe had already expressed concerns.

EU negotiators were warned against increasing their offer of market access for Mercosur beef as this would anger farmers in major European livestock producers such as France.

Protestors took to the streets across France in small groups in 2018, blocking traffic and displaying banners.

Pictures even emerged of EU flags being burned. 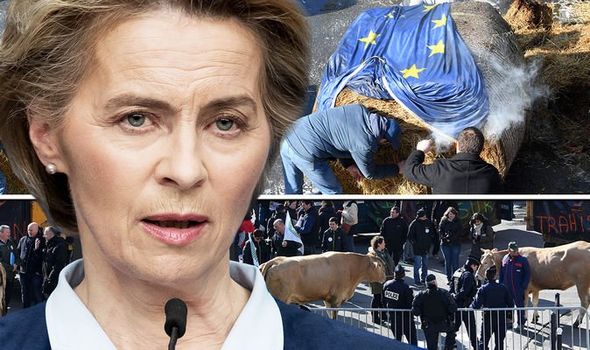 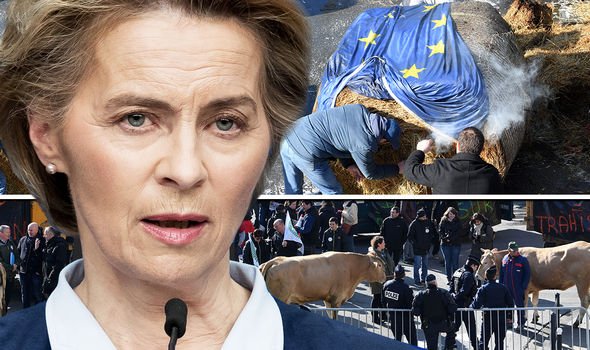 An organisation representing ethanol companies in Europe, ePure, claimed the EU had thrown the industry and farmers “under the bus”, lambasting the bloc for hypocrisy when a preliminary agreement was reached.

It said: “The deal makes concessions to Mercosur countries on ethanol that essentially sacrifice the EU agriculture sector – and domestic production of a renewable energy source – in exchange for gains elsewhere.

“In agreeing to open its markets to Brazilian ethanol, the EU is contradicting its own efforts to increase domestic renewable energy sources in transport, killing incentives to invest in advanced ethanol, and making life even tougher for Europe’s already struggling farmers. 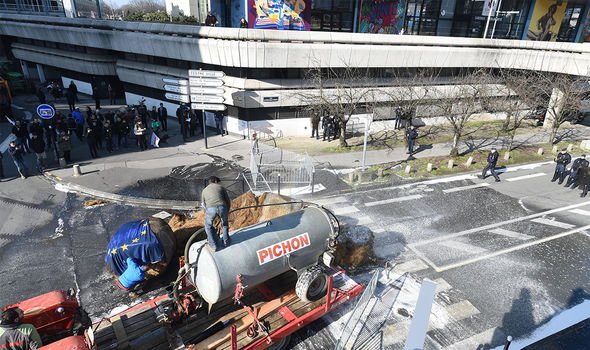 “Last-minute changes to the EU-Mercosur agreement, offering even more access to EU markets for Brazilian sugarcane ethanol, have made a bad deal even worse.

“The agreement essentially trades away Europe’s ethanol industry unless the EU can act quickly and grow the European ethanol market to accommodate a flood of imports.”

The Mercosur trade deal proved so unpopular that French President Emmanuel Macron was urged this week to oppose the deal.

Some have also raised concerns over deforestation in South America.

To find out details of coronavirus in your area, please fill in your postcode below. 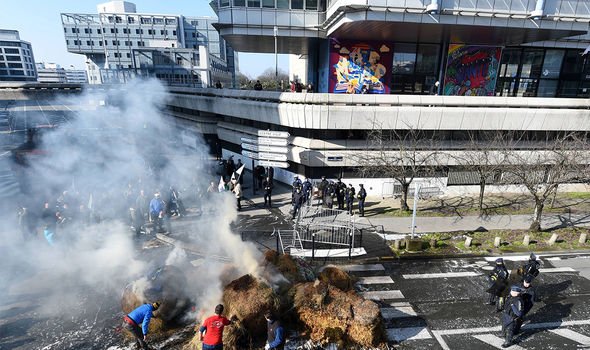 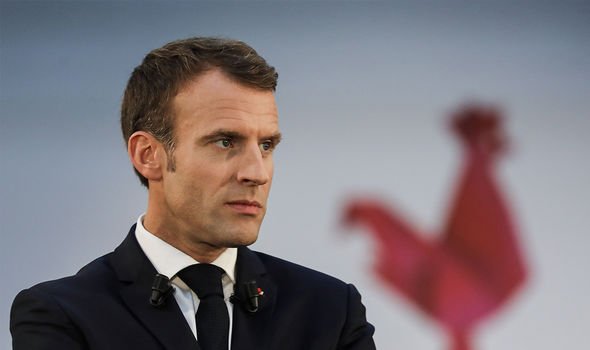 The French government said in a statement: The draft agreement has no provision to impose discipline on the practices of the Mercosur countries in the fight against deforestation.

“This is the major shortcoming in this agreement and this is the main reason why, as it stands, France opposes the draft agreement.”

German Chancellor Angela Merkel earlier this month expressed “significant doubts” over the deal, given the extent of deforestation, her spokesman said.

Parliaments in Austria, the Netherlands and the Belgian region of Wallonia have also indicated their opposition to the deal in its current form.