Home » World News » Girl, 3, in critical condition after being left on 50C nursery bus for hours 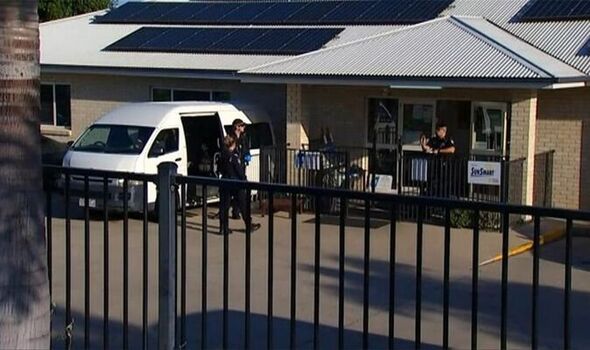 Nevaeh Austin, three, was left on a bus outside a nursery in Queensland, Australia for six hours. According to police, both the driver and a support worker forgot she was there.

Nevaeh suffered from kidney failure and was rushed through for a deep brain scan.

She was found “unresponsive” and “unconscious” in the bus at around 2:50pm local time.

The Queensland Ambulance Service (QAS) said paramedics revived the child and took her to the Rockhampton Hospital.

Detective Inspector Darrin Shadlow told reporters Nevaeh had been on the bus that takes children to Le Smileys Early Learning Centre in Rockhampton since 9am on Wednesday.

He added the three-year-old was the only child on board on Wednesday.

He said: “The driver and one other person who were in the bus at the time had forgotten that she was there.

“It would appear there were some breaches of policy and a young child is fighting for her life in a Brisbane hospital.

“We will potentially look further afield, apart from the driver and support worker.”

Inspector Shadlow said Nevaeh, who was taken to a hospital in Brisbane, was in critical condition but stable.

He would not be drawn on the child’s chances of recovery, but added Nevaeh’s family is “distraught”.

The detective also did not answer what charges would be issued relating to the incident.

However, he promised the investigation “will leave no stone unturned” and look at “every person who is culpable in this matter”.

Local election results: What time will winners be announced?

Paramedic Jason Thompson, who was at the scene when the girl was found, recalled the “traumatic” discovery in an interview with ABC news.

He said:”I get goosebumps just as I speak about it now.

“When a child is sick, it’s traumatic, and when one is as critical and unconscious, your heart goes out to them.”

Queensland is one of the hottest regions of Australia, with daily temperatures averaging around 30C.

According to a heat calculator, a car left sitting in the sun for over 60 minutes results in the temperature rising to lethal levels at 50C.

Medics say that life-threatening hyperprexia – which leads to the brain telling the body for its base temperature to rise – sets in at around 41C.