GLASGOW, Scotland (Reuters) – Anti-racism campaigners have placed new signs on streets in the Scottish city of Glasgow that are named after historical figures with links to the slave trade, unofficially renaming them in honour of prominent black people. 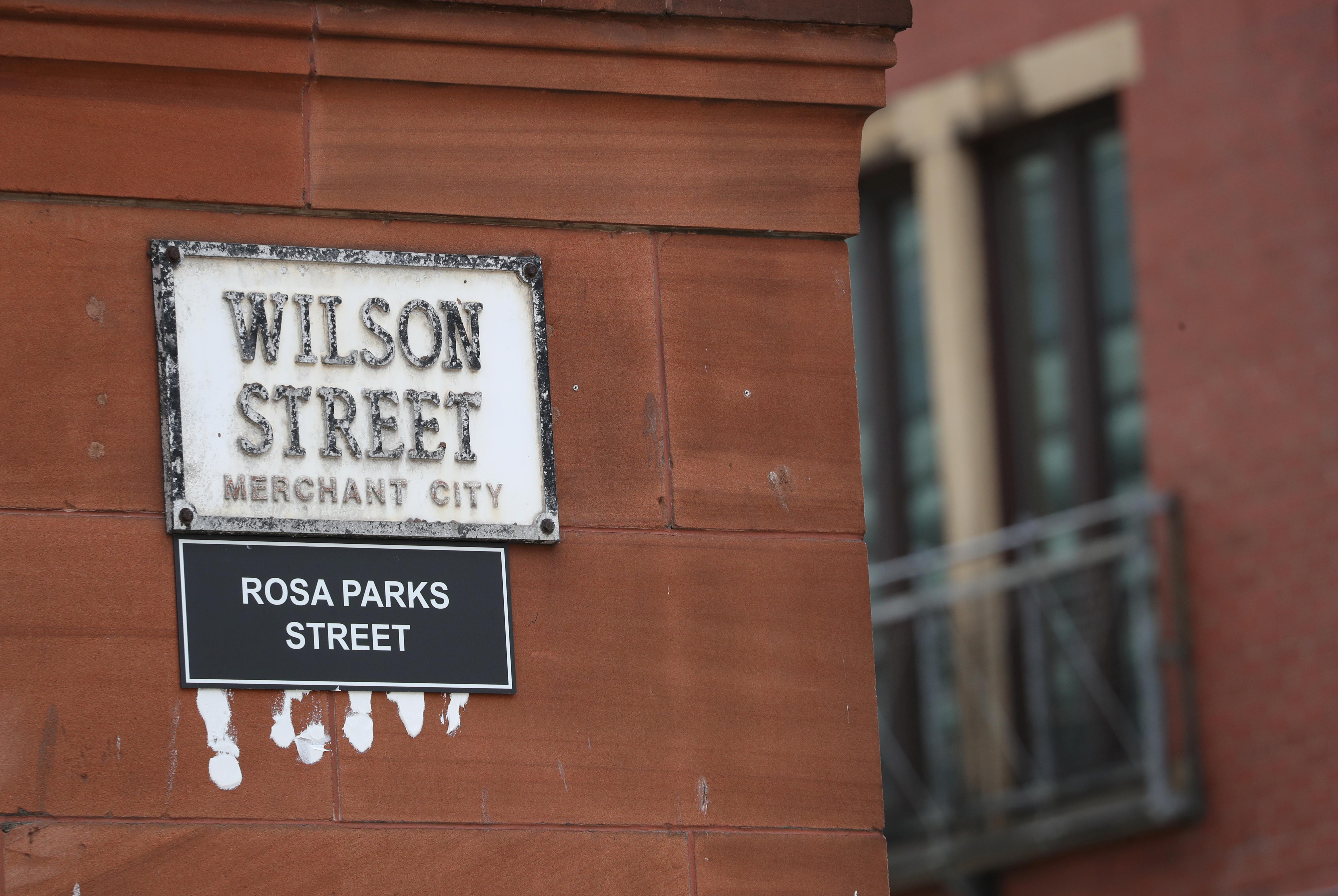 Scotland, like many countries, has seen demonstrations against racism in recent days, inspired by protests in the United States over the death of George Floyd in Minneapolis.

On Cochrane Street, named after a man who made a fortune in tobacco in the early 18th century at a time when American and Caribbean plantations relied on slave labour, the campaigners put up a sign that read “Sheku Bayoh Street”.

Bayoh was a black man who died in police custody in 2015, aged 31, after being arrested in the Scottish town of Kirkcaldy. The circumstances of his death are the subject of an ongoing public inquiry.

Other Glasgow streets were also given alternative names by the campaigners.

One was renamed “Rosa Parks Street”, after the U.S. civil rights activist known around the world for starting the 1955-56 bus boycott in Montgomery, Alabama, that was one of the milestones in the struggle against racial segregation.

Another was given the name “Harriet Tubman Street”, after the abolitionist born into slavery in the United States in the 19th century who escaped and organised rescue missions to help other slaves to escape.

A “George Floyd Street” sign was put up in another road, although local media reported it was later removed.

In the U.S. capital Washington, D.C., a plaza outside the White House has been officially renamed “Black Lives Matter Plaza”. It is the spot where President Donald Trump caused controversy by posing for a photo holding a Bible just after peaceful protesters were removed by force.

On Sunday, protesters in the English port city of Bristol tore down a statue of a 17th century slave trader and threw it into the harbour.