ATHENS (Reuters) – Greece started work clearing ground on Friday for a real estate project that plans to turn a disused airport on the Athens coast into one of Europe’s biggest tourist resorts, three times the size of Monaco. 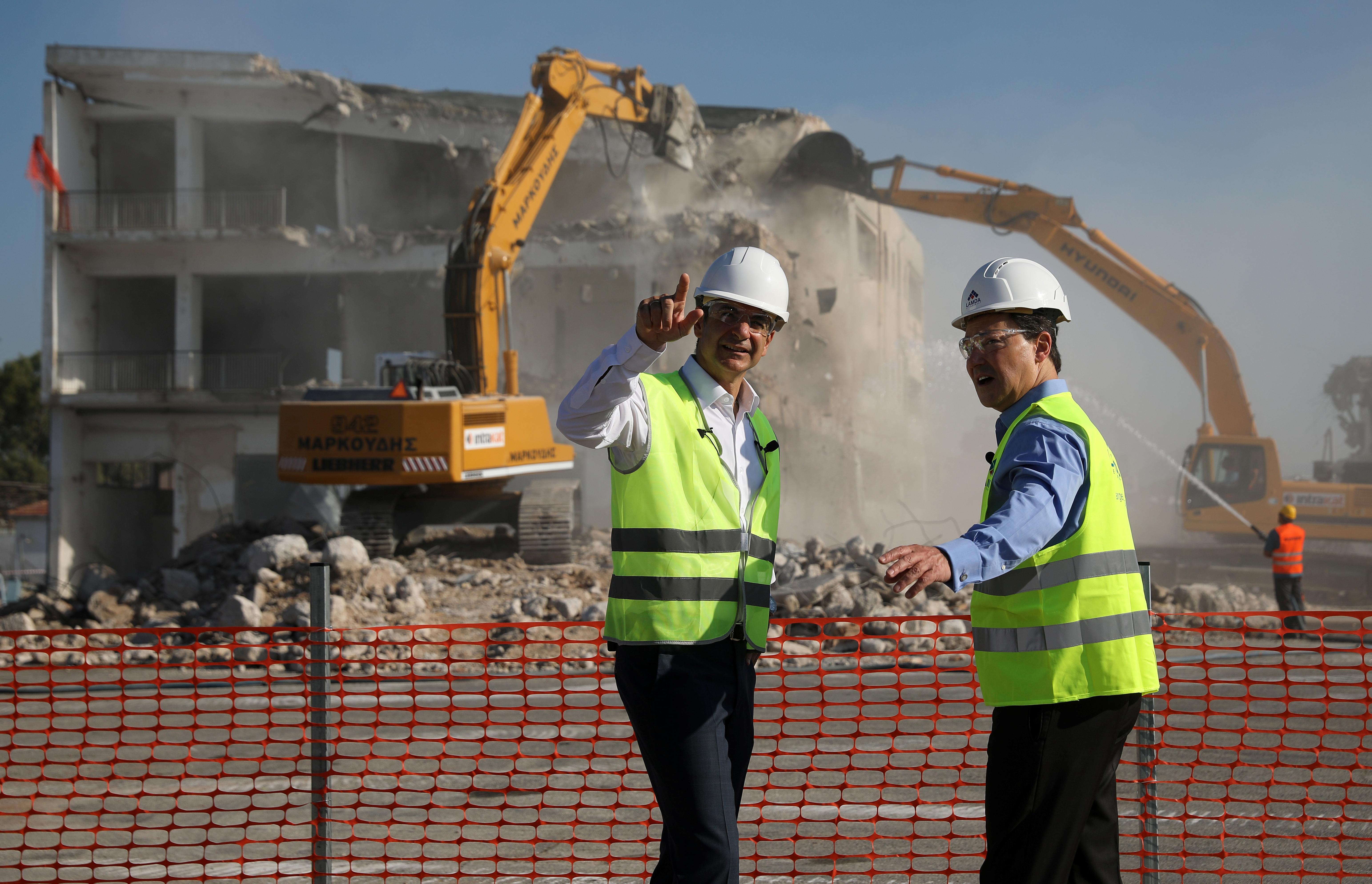 The former Hellenikon airport, a sprawling site of disused runways, terminals and venues used for the Athens 2004 Olympics, has been abandoned for almost two decades.

After years of delays due to bureaucratic red tape, political resistance and local opposition, demolition crews began tearing down the first block of buildings out of hundreds that need to be removed from the 1,500-acre plot.

Lamda Development, which secured the long-term lease on the site in 2014, plans to build a complex of luxury homes, hotels, offices, a yachting marina and a casino at a total cost of 8 billion euros ($9 billion).

“This is a project which symbolises a new Greece,” Prime Minister Kyriakos Mitsotakis, whose Conservative government has promised to speed up the project, told a launch ceremony.

Development of the site was a requirement under international bailouts Greece reached with creditors.

Lamda, which first outlined its plan in 2013, has said it will spend about 2 billion euros in the first five years of an estimated 25-year construction phase, building two skyscrapers for offices and a hotel, and about 800 residences and a park.

It plans to demolish about a third of about 900 buildings on the site in the coming months and aims to start building infrastructure in the first half of 2021, Chief Executive Officer Odisseas Athanasiou said during the ceremony.

Before construction starts, Greece needs to resolve a dispute between two U.S. firms over the award of a tender to operate the property’s casino.

The Hellenikon project is expected to create about 10,000 jobs during construction and attract thousands of tourists and investors to the Greek capital.