They were also forced to battle new fires in the western Peloponnese and in the north of the country where evacuations were necessary. The blaze which began in the mountainous forests in Lesbos in the Aegean Sea on Saturday, was still raging come Sunday.

Evacuations were ordered for the villages of Vrisa and Stavros as properties caught fire at the beach resort of Vatera which injured one firefighter.

The five mile stretch of sand in the southern part of Lesbos is a popular tourist spot where many homes are now destroyed.

In mainland Greece a wildfire also broke out at Krestena in the western Peloponnese and the village of Gryllos to the southeast of Krestena was evacuated as homes fell under threat. 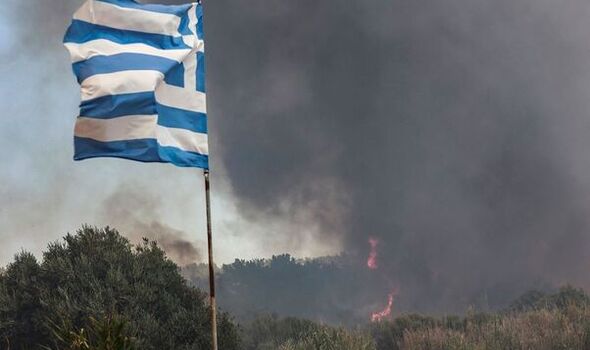 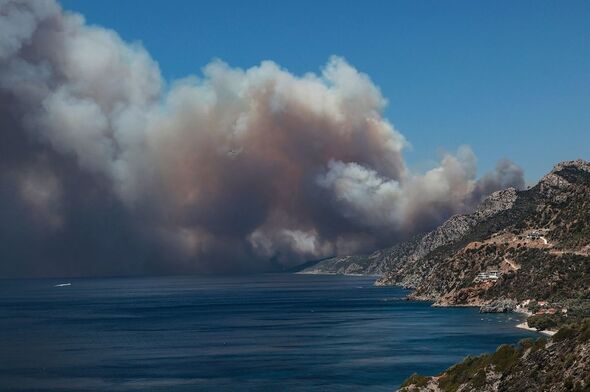 “We are battling to save homes,” Taxiarchis Verros, mayor of western Lesbos, told TV ERT on Saturday.

According to meteorologists, on Sunday temperatures hit 40C in parts of Greece in a heatwave which is expected to last most of the week.

In the north, a wildfire continued to ravage a forest near Dadia, a natural habitat for black vultures.

Authorities are struggling to tackle the blaze which was raging for a fourth day and is threatening to destroy the forest. 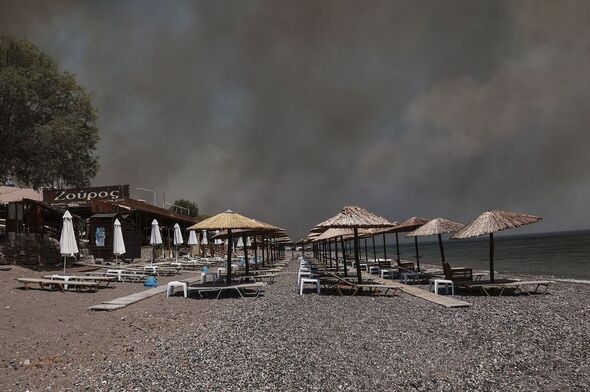 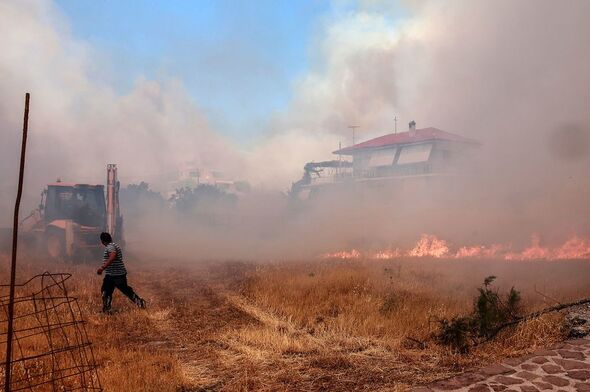 Greece is currently experiencing its second consecutive summer of wildfires.

Last week a wildfire in the mountains near Athens damaged homes and forced hundreds to flee.

The authorities have described this summer as one of the toughest in the Mediterranean.

Last year wildfires caused havoc across the country as 300,000 acres of forest and bushland were ravaged in the country’s worst heatwave in 30 years. 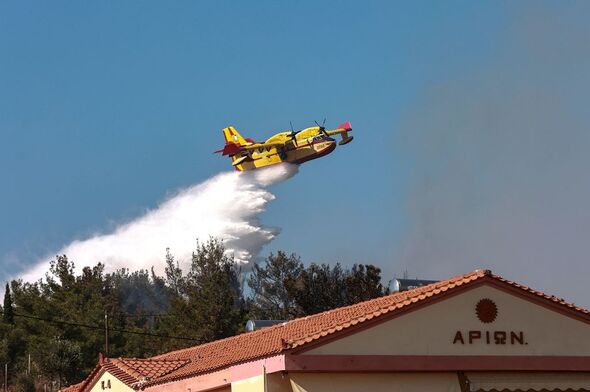