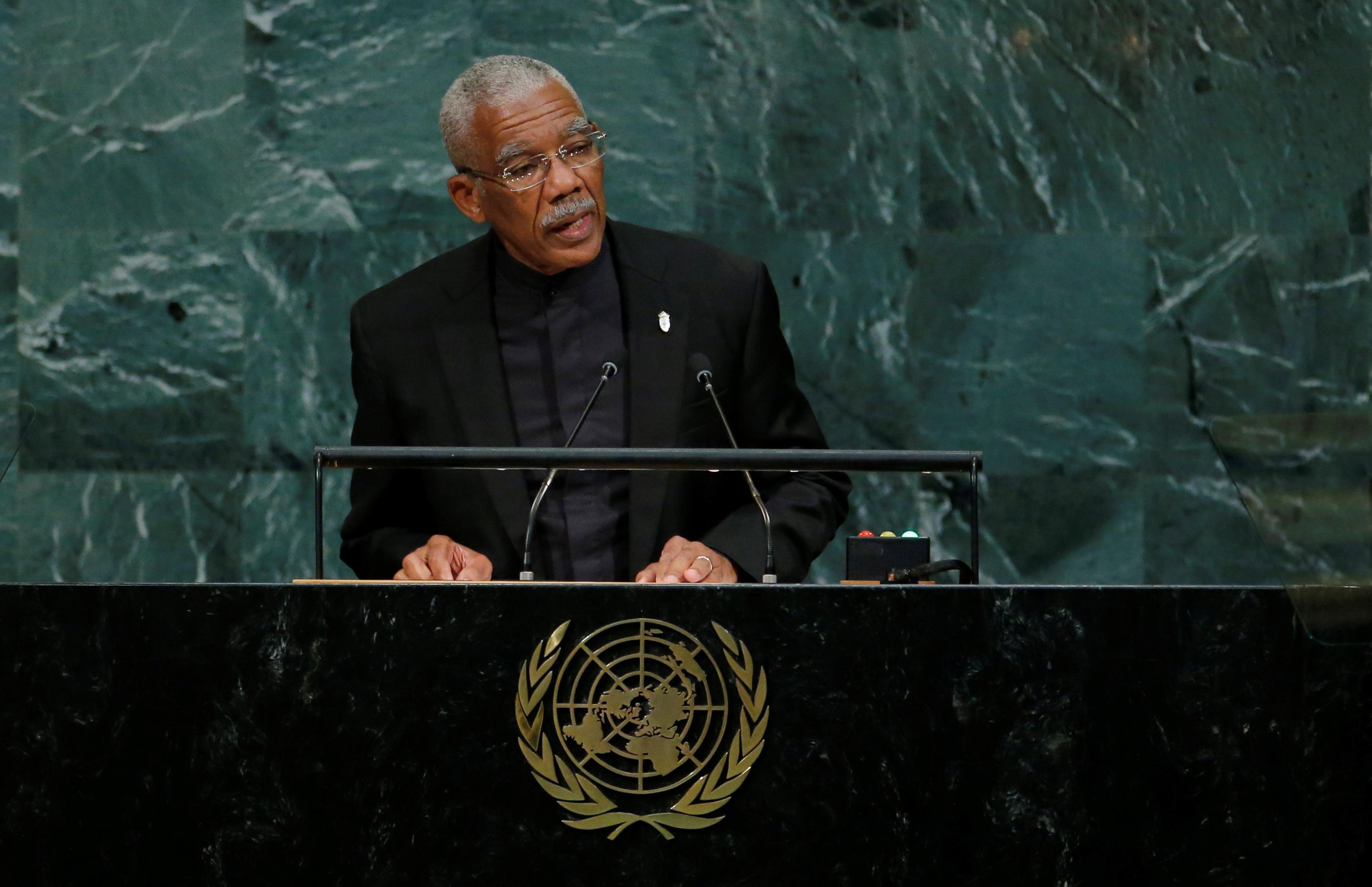 The former British colony on Monday voted to choose who will oversee an oil boom that promises to be transformative for the poor country thanks to recent crude discoveries off its coast.

Opposition leaders denounced “thievery,” and diplomats from the United States, the European Union, Britain and Canada said results released by the elections council for one of the country’s regions were not credible.

“This is an embarrassment that this emerging oil giant has to be sitting here at this table now and speaking on the brink of a dictatorship,” said Kian Jabour of opposition party A New and United Guyana.

A disputed election could derail the country’s plans to use its newfound oil wealth to spur economic development. It would fuel long-simmering ethnic tensions between the country’s Afro-Guyanese and those of Indian descent, who have grown suspicious that the other is seeking to control oil revenue.

Opposition leaders said the elections commission altered results from an area called Region Four, the most populous electoral district, to give Granger, the sitting president, of the APNU-AFC coalition, a wide margin over Irfaan Ali of the opposition PPP party.

Former President Bharrat Jagdeo said the commission’s results for Region Four did not match the sum of votes tallied in the statements of poll – the official documents that reflect voting results at each individual polling station.

“Based on our observation of today’s (election’s commission) proceedings at their Region 4 office, and the fact that the full count was not completed, we question the credibility of the Region 4 results,” the heads of the four diplomatic missions said in a joint statement.

The electoral commission has not yet proclaimed a winner. Representatives of the commission did not respond to requests for comment.

In the face of the criticism, Granger gave celebratory statements to a rally of supporters on Thursday.

“We are here to serve you for the next five years,” he said. “I thank you from the bottom of my heart. When the sun rises … the president is sworn in again.”

The Region Four results were also questioned by the Commonwealth Observer Group, made up mostly of former British colonies, as well as the Carter Center, founded by former U.S. President Jimmy Carter and his wife and which in 1992 helped Guyana hold a free election after decades of rigged votes.

Critics had for days complained of unnecessary delays and what they called stalling tactics, including the unexpected hospitalization of a key election official.

Guyana, which has a population of less than 800,000, is expected to become a major oil producer in the coming years as a consortium of companies including Exxon Mobil Corp taps into 8 billion barrels of oil and gas off the country’s coast.

The country’s politics has remained divided along ethnic lines since Guyana’s 1966 independence from Britain.

Granger’s APNU-AFC coalition is largely made up of black Guyanese descended from African slaves while the PPP mostly represents descendants of Indian laborers who arrived in the 19th century to work on sugar plantations.

The APNU-AFC has promised to use oil wealth to finance cash transfers to citizens, in addition to investing in infrastructure and diversification of the economy.

The PPP has criticized Granger for not insisting that Exxon give a greater percentage of oil revenue to the state, but says it plans to maintain the contract intact.