RIYADH (Reuters) – Muslim pilgrims in Saudi Arabia took part in a symbolic stoning of the devil on Friday, but maintained social distancing in a ritual that usually brings millions of worshippers from all over the world shoulder to shoulder.

The ritual, at which pilgrims must hurl pebbles at a giant wall, has in the past been the scene of several deadly crowd accidents. In 2015, hundreds died in a crush at an intersection leading up to the site.

They will return over the next two days for more stoning before going back to Mecca to pray at the Grand Mosque at the end of haj.

In previous year, some 3 million white-clad pilgrims from across the world flocked to Islam’s holiest sites to attend haj.

But with large gatherings impossible given the pandemic, only a few thousand pilgrims – Saudis and foreign residents living in the country- are gathering this year.

Although no official figure has been given, local media report there are around 10,000 pilgrims. The Haj minister in June said pilgrims would number 1,000. 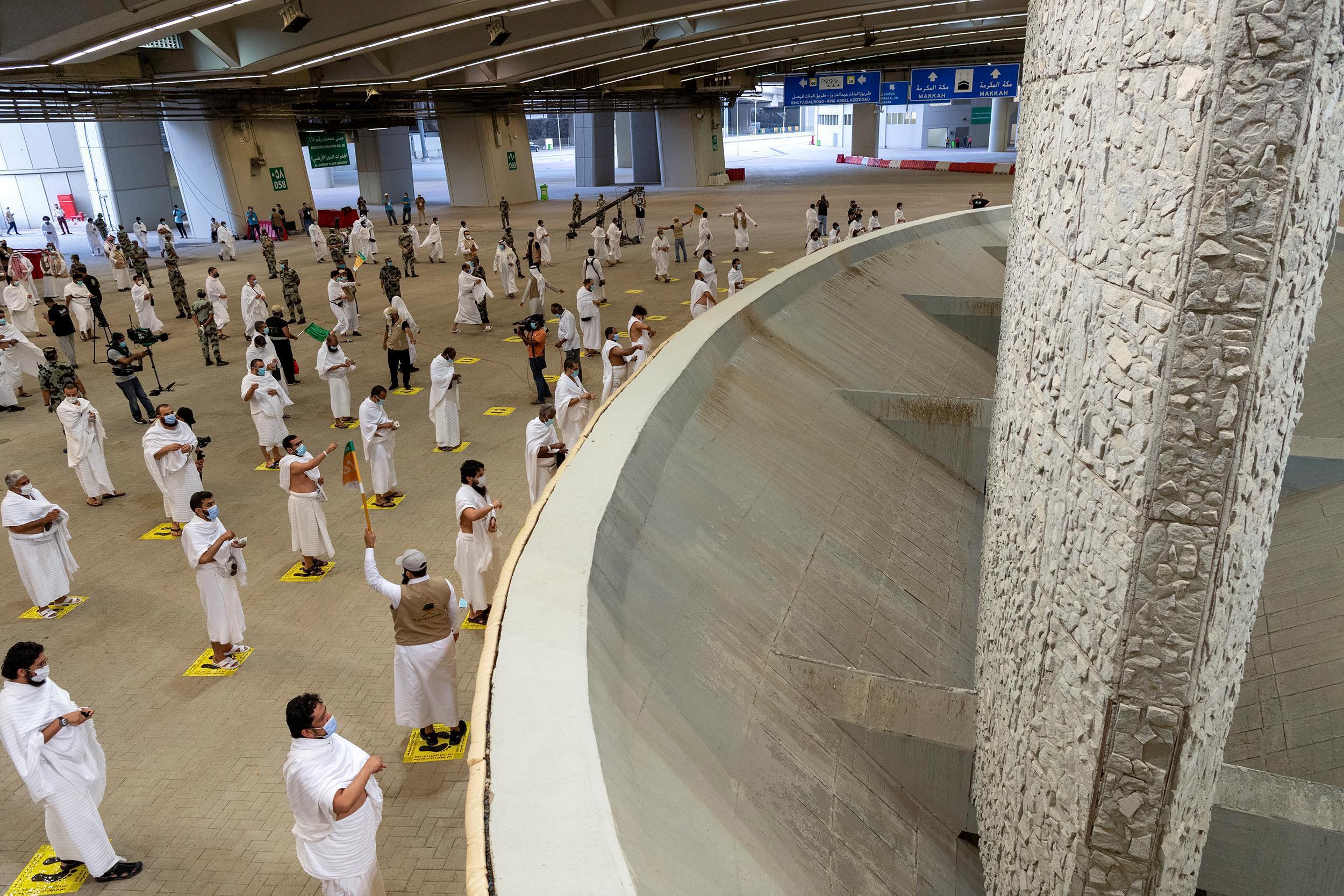 Saudi Arabia stakes its reputation on its guardianship of Islam’s holiest sites in Mecca and Medina and its peaceful organisation of haj, which has been marred in the past by deadly stampedes, fires and riots.

This year it faces the challenge of keeping haj, a once-in-a-lifetime duty for every able-bodied Muslim who can afford it and a major source of income for the government, safe from COVID-19.

Late on Thursday, a health ministry spokesman said that there were no Covid-19 infections, nor any other major diseases among pilgrims so far.