BEIJING (Reuters) – In an internal speech at a meeting of the core Chinese leadership on Feb. 3, President Xi Jinping spelled out his plan to contain the coronavirus crisis. 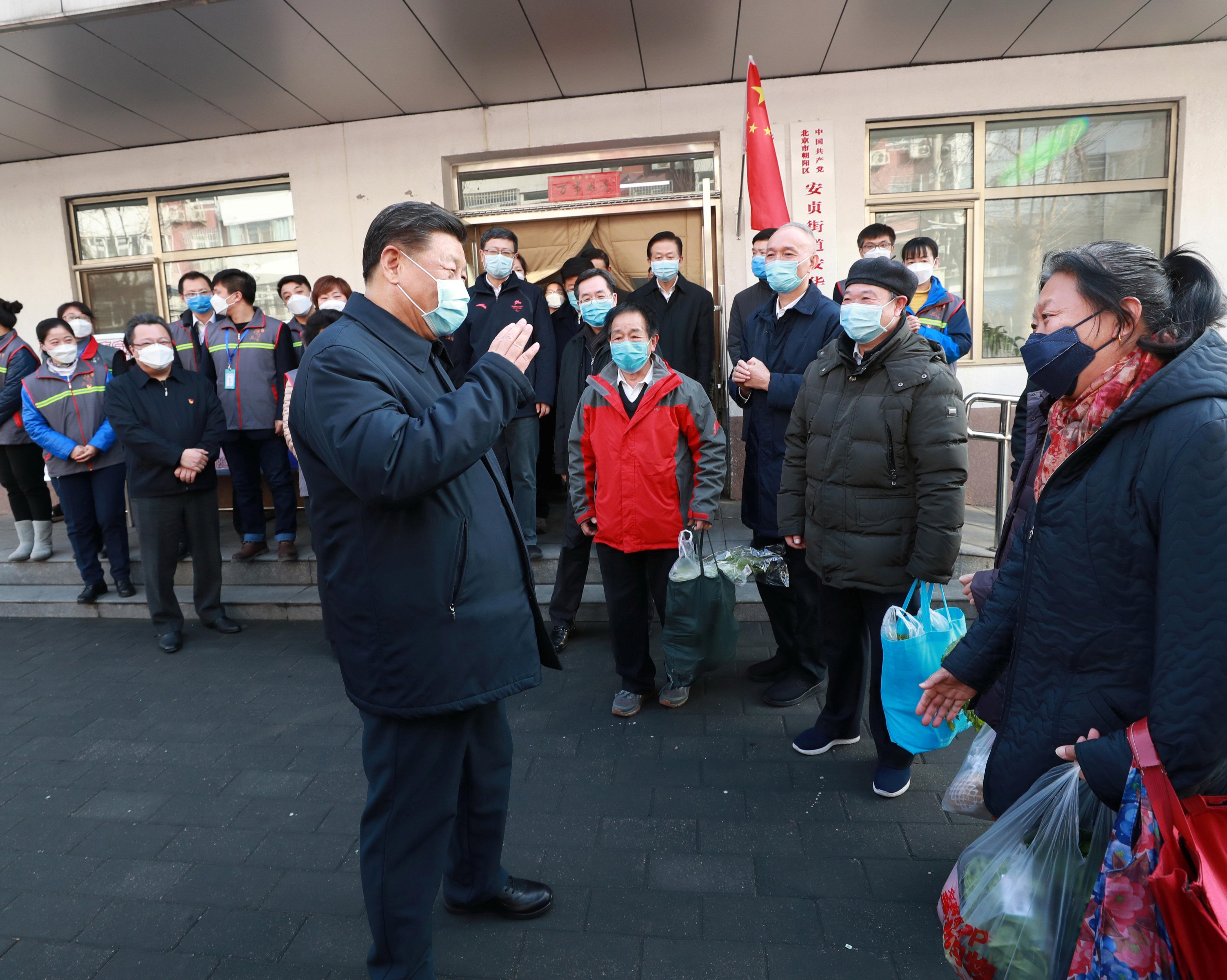 Analysts said the internal speech was unusual for being released to the public on Saturday, relatively soon after it was given.

It was also noteworthy for putting Xi at the center of events earlier than had been previously revealed, analysts said, as he referred to directions he’d given at a Jan. 7 meeting of the same body.

Xi was mostly absent from Chinese state media coverage of the crisis in its early days. His first public comments on the outbreak were on Jan. 20.

In the speech, Xi admitted there were “shortcomings” in China’s emergency response systems and said local officials would be punished if they failed to “take responsibility” or implement directives. He also condemned the “major hidden danger” of eating wild animals.

Below are excerpts from the speech as translated by Reuters.

“I also required party committees, governments and relevant departments at all levels to put the safety and health of the people first, to implement effective measures to resolutely curb the disease from spreading.

“On Jan. 22, given the outbreak was spreading rapidly and the control and prevention work faced severe challenges, I explicitly requested Hubei province to implement comprehensive and strict controls over people outflows.

“On Jan. 25, I once again presided over the politburo meeting to re-examine, re-arrange, and re-mobilize the epidemic prevention and control work, especially the treatment of patients. I also decided to set up the central leadership team for epidemic response.

“Overall, the party central committee’s judgment on the epidemic situation is correct, the related work arrangements are timely and measures we take are effective.”

“When adopting prevention and control measures, all regions and departments should not only consider the demands of prevention and control in the region, but also consider the impact on key areas and prevention and control work nationwide. All regions and departments must dare to criticize and order to rectify immediately those who fail to implement the party central committee’s decisions. For those who do not obey unified command and dispatch, with severe selfish departmentalism, and those who dare not shoulder responsibility and neglect duty, in addition to investigating their responsibilities, the party and government leaders must be held accountable for serious circumstances. Those who fail to perform their duties shall be punished according to discipline and law.

“Fourth, ramp up efforts in research and development.”

“First, spare no effort to maintain normal economic and social order. While preventing and controlling the epidemic, we must keep producing and live in a stable and orderly manner and avoid secondary ‘disasters’ caused by public panic due to the increase of confirmed cases and the tight supply of living materials.

“Second, maintain the order of medical treatment. We should ramp up security at key areas including designated hospitals and quarantine venues by deploying special forces and strengthening organization and leadership.

“We must maintain high-pressure momentum, severely crack down on illegal and criminal activities that disrupt social order, such as price-gouging, hoarding, and looting by taking advantage of the epidemic. We also must resolutely crack down on the production and sale of counterfeit drugs, medical apparatus and sanitary materials.

“Some people have anxiety and fear. Propaganda work must be strengthened. We must coordinate online and offline, domestic and international, small and major news, to warm and unite people’s hearts, to better maintain social stability.

“We should actively respond to international concerns, tell the story of China’s fight against the epidemic well, to show the spirit of the Chinese people’s unity and mutual help.

“We still need to stick to the economic and social development goals and tasks for this year.

“Areas with a severe epidemic situation must concentrate their efforts on prevention and control, while other areas must coordinate disease prevention work and promoting reform and development tasks, especially key tasks related to achieving the victory of building a well-off society and fighting against poverty. Those areas must not have any attitudes of ‘slowing down the pace a bit’ and ‘wait and see’.

“The impact from the epidemic on economic operations will continue. It will mainly hit industrial companies, especially small and medium-sized enterprises, worsening their operational difficulties and slowing down the construction of investment projects. It will also constrain domestic and foreign business and economic activities, increasing employment stabilization pressure.

“First, actively promote the resumption of production. Under the premise of doing prevention and control work well, we must fully support and organize the production resumption of various enterprises to maintain the overall stability of the industrial chain.

“We need to increase financial support, ensure the reasonable funding needs of companies, and prevent the capital chain from breaking. We should especially offer preferential policies on loan interest rates and terms for companies producing essential materials and firms that have been hit hard by the epidemic in the short term.

“We should strengthen the support worker supply for enterprises for resuming production, organize migrant workers in key industries to return to work in a timely manner, make good use of policies to help firms stabilize their employment, and solve the problems of recruitment difficulties and expensive labor costs, and stabilize employment to the full extent.

“Second, promote the construction of major projects. The key is to choose the right project and ensure that the investment is targeted and effective. We must seize the golden season of construction after the Spring Festival, increase the start of new investment projects and actively promote projects under construction.

“We must adjust and optimize the investment structure, prioritize and allocate the central government investment budget to projects in urgent need in the prevention and treatment of epidemics, including emergency medical treatment and quarantine facilities in epidemic-stricken areas.”

“This epidemic is a huge test of China’s governance and capabilities.

“This epidemic revealed that we still have shortcomings in urban public environmental governance. We must thoroughly investigate and rectify them to make up for public health shortcomings.”

“We have long realized that the consumption of wild animals is very risky, but the wild animal industry is still huge and poses a major hidden danger to public health and safety. We can’t just sit by!”

“Finally, I would like to emphasize that in the epidemic prevention and control work, formalism and bureaucracy have appeared in some places. Some grassroots cadres have reported that the most typical problem of bureaucracy in fighting the epidemic is submitting various forms.

“Those forms are almost the same. But there is no document or department to help the towns and villages to solve the problem of even a mask and a bottle of disinfectant, which they need most. Some cadres do not go into the front line of epidemic combat, ignorant of the basic questions related to the prevention work.

“The more enemies approach the city, the more unified the command should be. We must let grassroots cadres devote more energy to the front line of epidemic control, instead of adding burdens and burning their energy with bureaucracy.

“We must examine cadres in the battles. Those cadres who do not act or act indiscriminately, those who do not engage in work or in-depth work and those who do not or cannot perform well must be held accountable in a timely manner. And those who have serious problems must be removed from their posts.”