Home » World News » Holi Explained: What is the history behind Holi – how is it celebrated and why?

Hindus celebrate the arrival of spring with the Holy festival

Holi originated in India but the festival of colour is known around the world for the bright powder revellers throw on each other to mark the celebration. Thousands will take part in the Holi 2021 celebrations this year, which started on March 28 and celebrate the symbolic triumph of good over evil. From when and where Holi celebrations take place, to the history behind it and why it’s celebrated, here’s everything you need to know about Holi.

Holi is celebrated every year over two consecutive days at the start of spring.

But these dates change on an annual basis, to be in sync with the full moon.

This year celebrations with take place on Sunday (March 28) and Monday  (March 29).

Festival of Colour events include everything from burning large bonfires and covering each other in rainbow-coloured powders. 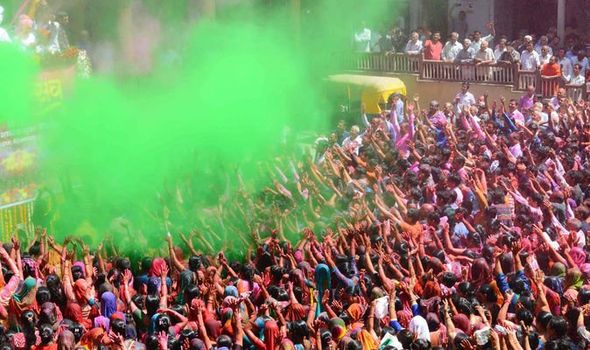 As well as marking the start of spring, Holi is also known as “The festival of love” and celebrates fertility and colour.

The origins of Holi come from a mix of Hindu mythology including the popular legend of Hiranyakashyap – a demon king who wanted to be immortal.

He wanted everyone to worship him as god but his own son, Prahlada, chose to worshipped Vishnu instead, which offended his father. 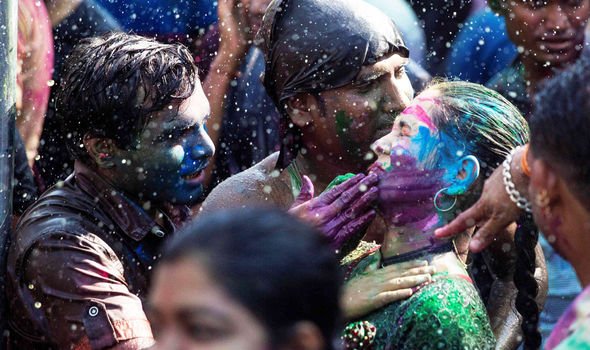 One day the demon king asked his sister Holika, who had a magic shawl that could not catch fire, to sit on a raging fire with Prahlada in her lap.

As the fire burned the shawl flew from the Holika’s shoulders onto Prahalada and she perished while he survived.

The god Vishnu, impressed by Prahalada’s devotion, then appeared and killed the demon king, Hiranyakashyap.

Another Hindi legend remembered over Holi is the tale of Lord Shiva and Kaamadeva.

It is believed Kaamadeva, the god of passion, woke Shiva from his deep meditation so he could save the world. 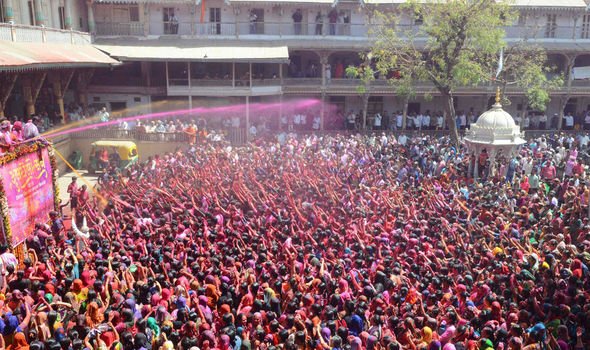 Where is Holi celebrated?

Holi is mostly celebrated in India and Nepal, but the colourful festival is popular worldwide with many non Hindus choosing to take part too.

How is Holi celebrated?

Holi kicks of with the legend of Hiranyakashyap being celebrated on the eve of Holi or “Holika dahan.” People spend the days in the lead up to it gathering wood and materials for large bonfires.

The bonfires are built with effigies of Holika on top of them and then burnt, typically after sunse.

The lighting of the bonfires symbolises the triumph of good over evil and some taking part will smear themselves with the ashes for purification.

People gather at the fires to pray for the longevity of their loved ones, as well as singing and dancing around the flames.

In North and West India Holi celebrations start in earnest on the day after the bonfires.

This is a day for partying and children and young people will arm themselves with bright dry colours, water guns, balloons and paints to throw and cover each other in colour with.

The coloured powders are often made from plant-based ingredients, like turmeric, neem and kum kum.

The streets become a huge colour fight and people become are covered in the vibrant paint.

People also smear dry powder known as gulal, on each others’ faces.

As well as playing with colours, people, drink, play music and sing and dance. 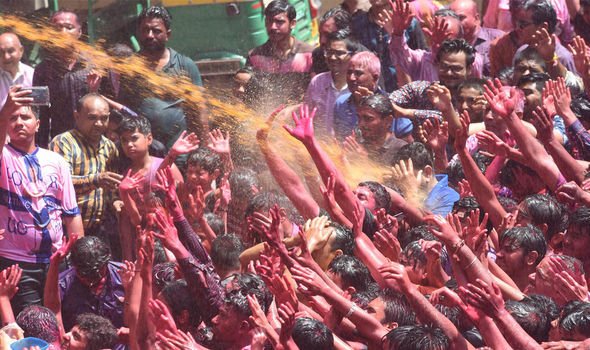 The second day of Holi is a quieter affair.

Revellers bathe and clean up before dressing up in the evening and going to visit relatives and friends and exchange sweets.

Holi is also a time for forgiveness and new starts. It’s a time for peace and unity.