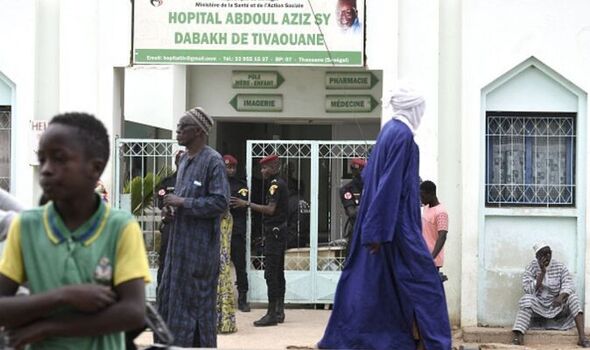 The horrific incident happened at the newly-opened Mame Abdou Aziz Sy Dabakh Hospital in Tivaouane, Senegal. The fire was caused by a “short circuit”, according to Senegalese politician Diop Sy.

Macky Sall, the President of Senegal, tweeted his condolences, as he sadi: “I have just learned with pain and consternation the death of 11 newborn babies in the fire that occurred in the neonatology department of the Mame Abdou Aziz Sy Dabakh hospital in Tivaouane.

“To their mothers and their families, I express my deepest sympathy.”

Three babies were reportedly saved from the flames while sadly 11 died.

The minister is currently in Geneva for the World Health Assembly but said he would return immediately.

He said: “This situation is very unfortunate and extremely painful.

“An investigation is underway to see what happened.”

According to the city’s mayor Demba Diop, the fire spread very quickly.

He said: “Three babies were saved”.

There has been a number of incidents at public health facilities in Senegal and a great disparity between urban and rural areas in healthcare services.

In April, a fire broke out at a hospital in the northern town of Linguere, where four newborn babies were killed.

An electrical malfunction in an air conditioning unit is believed to have been the cause of the fire there.

Last month, another tragic incident happened in the northern city of Louga when a woman died after being refused a caesarean-section.

On April 1, Astou Sokhna arrived at a hospital in the town and was refused the operation because she didn’t have an appointment scheduled and died 20 hours later.

Three midwives – on duty the night Sokhna died – were sentenced earlier this month High Court of Louga to six months of suspended imprisonment.

The incident caused outrage over the country’s health system, causing Amnesty International to call on the Government to create an independent commission to ensure culprits of medical negligence are held to account.