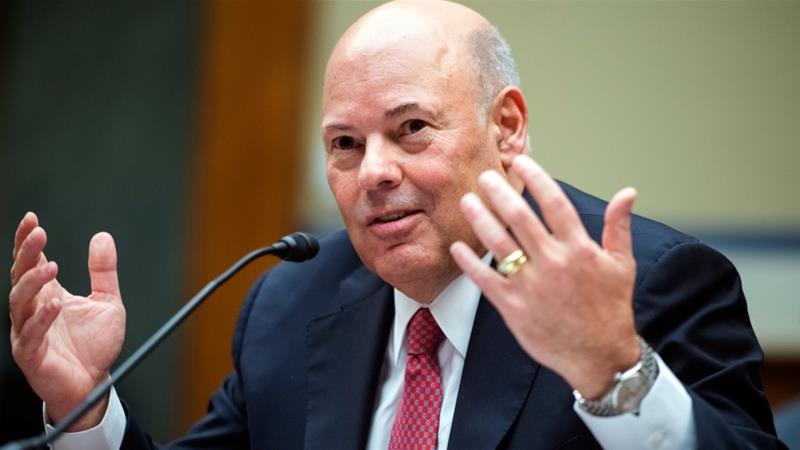 The head of the United States House of Representatives oversight panel has launched an investigation and urged the immediate suspension of Postmaster General Louis DeJoy following reports that he illegally reimbursed former employees for political contributions.

House Oversight and Reform Committee Chairwoman Carolyn Maloney, in a statement, said if the allegations are true, DeJoy faced “criminal exposure” for both violating the campaign finance law and for lying to Congress in a denial during a recent hearing.

“We will be investigating this issue, but I believe the Board of Governors must take emergency action to immediately suspend Mr DeJoy, who they never should have selected in the first place,” Maloney said.

The move follows accusations by former workers at DeJoy’s company that he reimbursed employees with large bonuses for campaign contributions to his preferred Republican politicians, an arrangement that would violate federal campaign finance law. The Washington Post and the New York Times both reported the allegations during the weekend, citing multiple unnamed former employees.

President Donald Trump on Monday said he would support an investigation into campaign contributions involving DeJoy, a Trump donor who is already facing a political firestorm after changes he implemented before the November election that critics said could delay mail-in balloting.

When asked during Monday’s news briefing at the White House if there should be an investigation in DeJoy’s conduct, Trump responded:  “Sure. I think let the investigations go.”

When asked if DeJoy should resign if wrongdoing is uncovered, Trump said,  “Yeah, if something can be proven, always.”

On Tuesday, White House chief of staff Mark Meadows defended DeJoy and accused Democrats of launching a political probe in an election year.

“Louis DeJoy is an honourable man,” Meadows told reporters at the White House. “I’m sure he’ll cooperate completely, and we serve in a great country where you’re innocent until proven guilty.”

The House Oversight Committee is already investigating USPS operational changes DeJoy ordered, which some have suggested are part of a larger scheme to undermine mail-in voting in the November 3 election.

We know the Postmaster General is sabotaging the @USPS. And now we’ve learned that he may have broken federal and state campaign finance laws. Louis DeJoy must resign – and if he won’t, the Board of Governors should use their power to remove him. https://t.co/LDBcwCEEVw

Democrats have accused him of deliberately disrupting the Postal Service as millions of Americans consider whether to cast their vote by mail, saying the changes could slow down mail delivery and delay ballots.