Home » World News » How hot will it get this weekend? Heat blast to return ahead of next week’s deadly warning

This weekend is shaping up to be a hot one for nearly all parts of the UK as high pressure continues over the country. Temperatures are expected to peak in excess of 31C in some parts, particularly across England, where an extremely rare red weather warning will be in place. How hot will it be where you are this weekend?

How warm will it be this weekend?

According to the Met Office, temperatures will ramp up again on Saturday after dipping on Thursday and Friday.

Coastal areas across the UK are looking cooler than inland parts; on the south coast, Saturday’s heat will reach a high of 24C.

London, Berkshire and Gloucestershire can expect more, with temperatures peaking at around 26C to 28C. 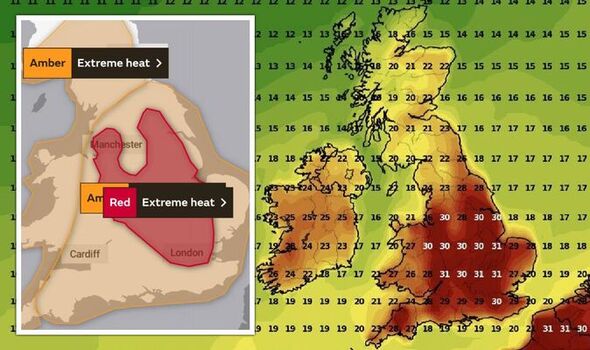 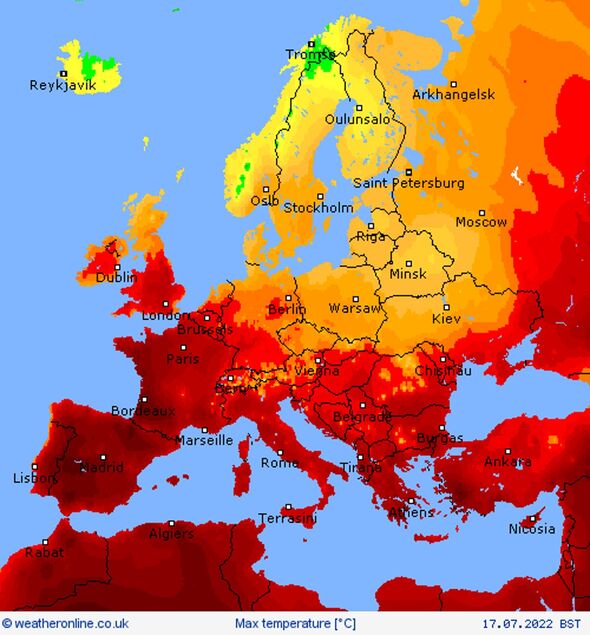 As you go further north, the temperatures are expected to be the same as in the south until Yorkshire, which will be slightly cooler with temperatures of 22C to 24C predicted.

Wales can expect the same level of heat, whereas things will be slightly cooler in Scotland, averaging around 20C in southern areas and dropping into the mid-teens in the north

The mercury will rise significantly on Sunday, and the UK has the potential to record some of its hottest ever temperatures.

A Met Office amber weather warning for extreme heat is in place across all of England, Wales and southern Scotland, with an additional red warning for parts of London and the South East, the Midlands and the North. 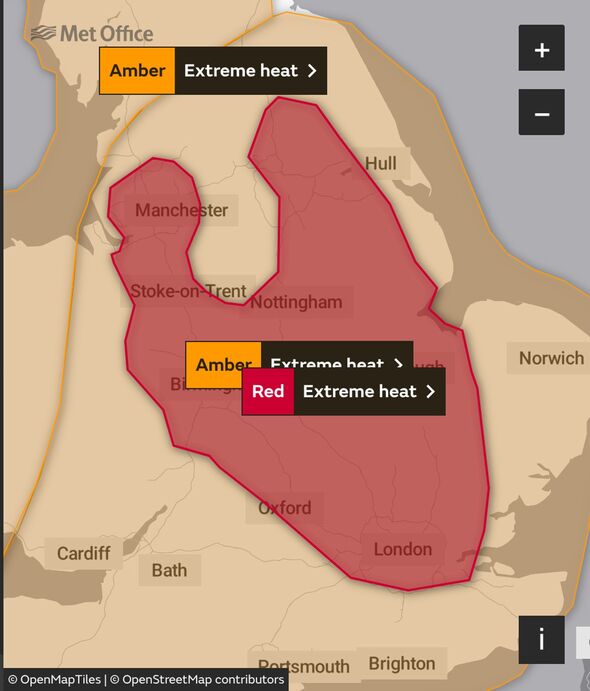 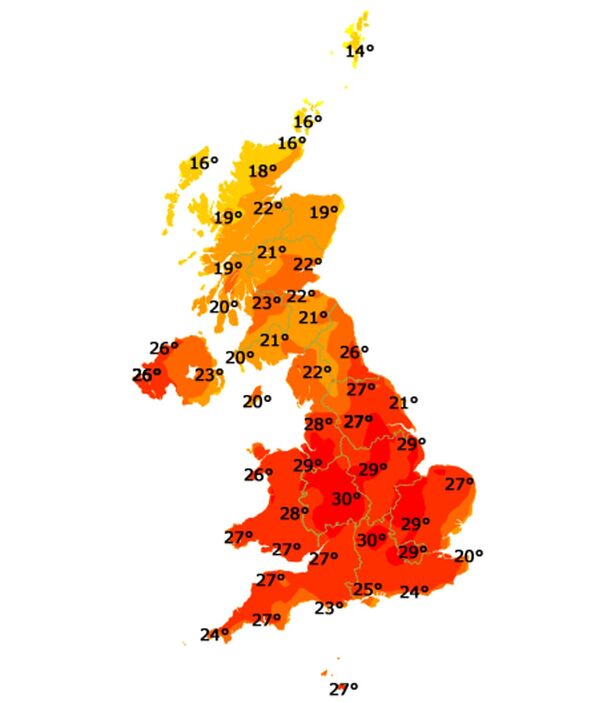 The Met Office said: “The amber warning comes at the end of a week when the UK will see widely-above average temperatures, with little relief from the heat at night.

“A Level 3 UK Health Security Agency Heat Health Alert has also been issued from Saturday to Tuesday, advising people to look out for vulnerable people and those with underlying health conditions.”

But the red heat warning goes further than this, saying “adverse health effects” are likely to be experienced, even among those who are not usually vulnerable.

The warning reads: “High risk of failure of heat-sensitive systems and equipment, potentially leading to localised loss of power and other essential services, such as water or mobile phone services.

DON’T MISS
Schools closed due to hot weather: Is yours on the list? [INSIGHT]
Only a quarter of Brits enjoy the hot weather – four in ten moan [ANALYSIS]
‘Worst mistake’ gardeners can make during a heatwave – how to prevent [EXPLAINER] 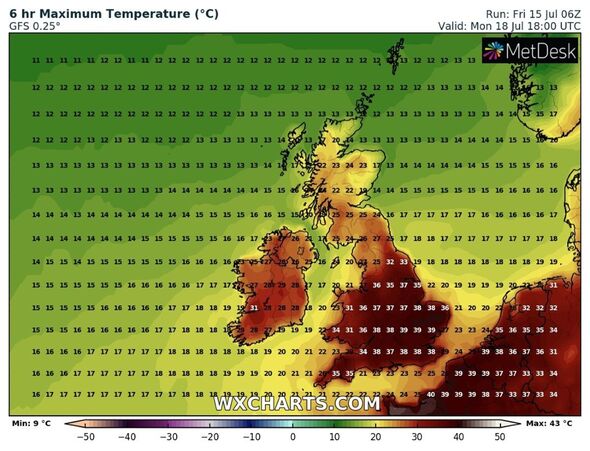 “Delays on roads and road closures, along with delays and cancellations to rail and air travel, with significant welfare issues for those who experience even moderate delays.”

London, the South East and the Midlands are expected to record 31C by midday on Sunday, with the potential to warm up as the afternoon goes on.

Wales and the North will be slightly cooler, but are both expected to experience highs of 28C across the board.

On Sunday, Glasgow will experience highs of 27C, with much of the central belt being treated to hot weather after mostly missing out on the heat this week.

Dr Agostinho Sousa, Head of Extreme Events and Health Protection at UKHSA said: “Heat-health alerts have now been issued to the majority of the country, with temperatures set to remain consistently high throughout the duration of this week.

“Most of us can enjoy the hot weather when it arrives, but it is important to keep yourself hydrated and to find shade where possible when UV rays are strongest, between 11am and 3pm.

“If you have vulnerable family, friends and neighbours, make sure they are aware of how they can keep themselves protected from the warm weather.’’