Emirati media reported the men are linked to Hezbollah but their families say they have no political affiliations. 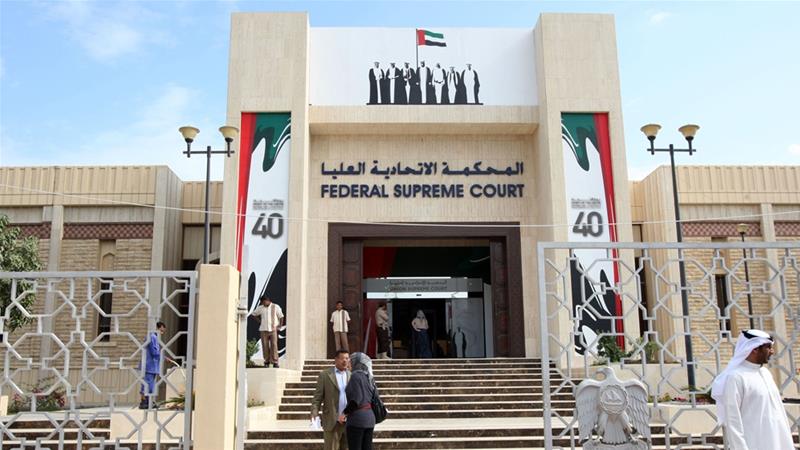 Eight Lebanese citizens, all Shia Muslims, have been charged with “terrorism” in the United Arab Emirates and denied legal representation in a trial “marred with violations”, Human Rights Watch said on Monday.

While the charges have not been made public, families of the eight men say they were charged with “terrorism”, according to New York-based human rights group.

UAE media reported that they are linked to Lebanese Shia group Hezbollah.

Although Iran-backed Hezbollah holds three cabinet posts and has 13 seats in the Lebanese parliament, it is blacklisted as a “terrorist” organisation by the UAE.

A representative of the UAE government could not be immediately reached for comment.

Family members told Human Rights Watch that the defendants had been held in solitary confinement for prolonged periods and denied legal representation and visits by their relatives.

“Time and again, the UAE has used the spectre of terrorism to justify its utter lack of respect for the rule of law,” said Sarah Leah Whitson, Middle East director at Human Rights Watch.

“By not respecting the rights of the defendants to a fair trial, the Emirati authorities are indicating that they have already decided the outcome.”

All of the men under trial have lived and worked in UAE for more than 15 years, seven of them for Dubai-owned Emirates Airlines, Human Rights Watch said.

The eight men had been detained between December 2017 and February last year and held for one year before their trial opened on February 13, it said.

“The UAE authorities reveal in their treatment of these men just how unwilling they are to reform their unjust state security apparatus,” Whitson said.

“These men deserve, at the very least, to be treated humanely and to receive a fair trial.”

Family members told Human Rights Watch that none of the men had any known political affiliations and their confessions were made under duress. They also said that while they have asked Lebanese authorities to intervene, no consular representative has visited the detainees or attended any of the hearings.

Leading English-language daily Gulf News on February 13 reported an Abu Dhabi court had charged 11 “Arabs”, including three in absentia, with “setting up a terrorist cell and planning attacks in the UAE upon the orders of Lebanon’s Hezbollah” and that they communicated with the Shia group in favour of Iran.

The next hearing is scheduled for March 27.