The eye of Hurricane Isaias is currently near the eastern Andros Island, and is moving northwest at 12mph. As the swirling storm moves closer to Florida, the state’s governor, Ron DeSantis, has declared state of emergencies for every Florida E=east coast county.

When will Hurricane Isaias hit Florida?

According to the National Oceanic and Atmospheric Administration (NOAA), Isaias is expected to approach the southeast coast of Florida later today and Sunday.

Currently, the hurricane is located 20 miles east of Andros Island and 50 miles south of Nassau Bahamas.

After hitting Florida, Hurricane Isaias is forecast to travel up the entire US East Coast late this weekend into the middle of next week. 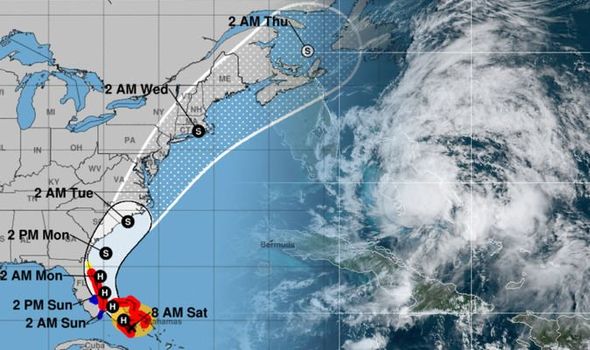 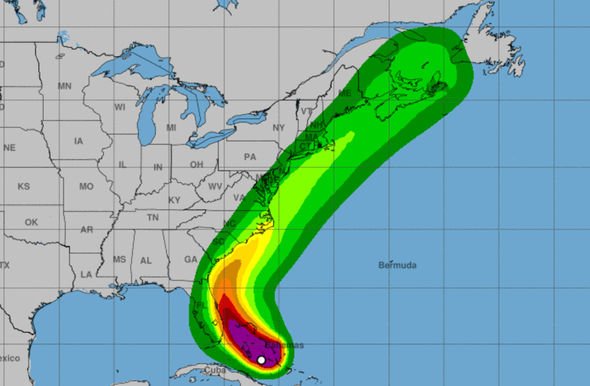 The NOAA wrote in its latest advisory: “Isaias is moving toward the northwest near 12mph (19km/h).

“A general northwestward motion with some decrease in forward speed is expected for the next day or so, followed by a turn toward the north-northwest by late Sunday.

Gov DeSantis issued a state of emergency for counties along Florida’s Atlantic coast. 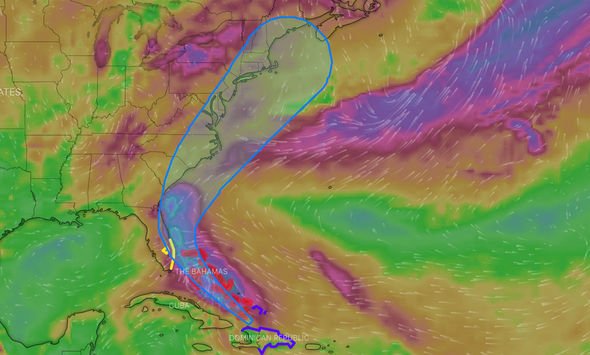 He said: “Remain vigilant. This is an evolving situation. We know we’re going to get some impacts.”

Hurricane conditions are expected along portions of the Florida east coast late Saturday and Saturday night, and a Hurricane Warning is in effect.

The NOAA urged people to make preparations to protect life and property should be rushed to completion.

Where are watches and warnings in place?

A Hurricane Warning is in effect for

A Hurricane Watch is in effect for

A Storm Surge Watch is in effect for 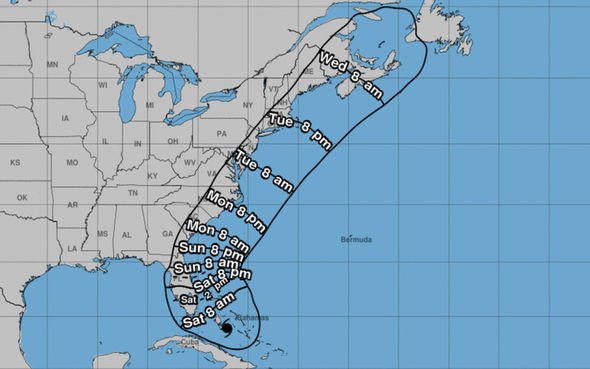 A Tropical Storm Warning is in effect for

A Tropical Storm Watch is in effect for