Tehran says it owns $2bn in frozen assets, but US court ruled cash must be given to victims of attacks blamed on Iran. 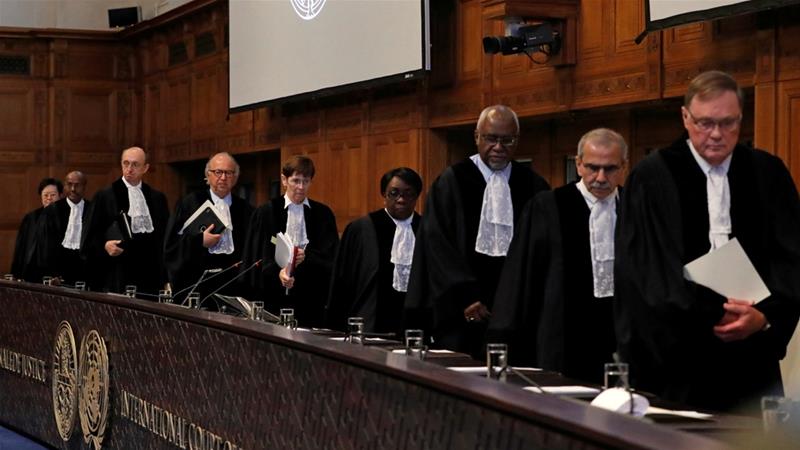 On Wednesday, the International Court of Justice (ICJ) is set to decide reach a verdict on a bid by Iran to recover $2bn in frozen assets that the United States says must be paid to victims of attacks it blamed on Tehran.

The ruling threatens to further escalate the dispute between the two former allies and comes after a decision in October when the same court ordered the US to lift sanctions on humanitarian goods for Iran.

Tensions between Tehran and Washington are already high around the anniversary of the 40th anniversary of the Islamic Republic revolution as well as Wednesday’s Middle East summit in Poland, which observers say is aimed at isolating Iran.

In 2016, the US Supreme Court ruled that Iran must give the cash to American survivors and relatives of victims of attacks, including the 1983 bombing of US Marine barracks in Beirut.

Iran said the US decision breached the 1955 Treaty of Amity with the US, an agreement signed before Iran’s 1979 Islamic Revolution severed relations between the former allies.

At the last hearing on Iran’s appeal in October at the Hague-based tribunal, Washington said Iran has “unclean hands” and that its alleged support for terrorism should disqualify the case from being heard.

The ICJ is the top court of the United Nations and was set up after World War II to resolve disputes between member states. Its rulings are binding and cannot be appealed, but it has no means of enforcing them.

Relations have been strained since US President Donald Trump’s decision to pull out of an international nuclear deal with Iran and reimpose sanctions.

Iran first lodged the case on the frozen funds in June 2016, accusing Washington of breaking the decades-old bilateral treaty dating from the time of the US-backed shah, who was deposed in the revolution.

Tehran said the US had illegally seized Iranian financial assets and those of Iranian companies.

In October, Richard Visek, a US State Department legal official, told the ICJ that “Iran comes to the court with unclean hands – indeed, it is a remarkable show of bad faith.”

In 2018, Iran won a legal victory when the ICJ ruled that the US must lift sanctions against Tehran targeting humanitarian goods such as food and medicine.

In response, US Secretary of State Mike Pompeo said Washington was terminating the 1955 friendship treaty.

Trump’s National Security Adviser John Bolton also announced that the US was pulling out of the 1961 Optional Protocol and Dispute Resolution of the Vienna Convention.

The protocol establishes the ICJ as the “compulsory jurisdiction” for disputes unless nations decide to settle them elsewhere.

The US withdrawal from the 1961 protocol also comes after the Palestinians went to the ICJ to challenge the US move of its embassy in Israel to Jerusalem.