Pakistan’s economic growth is set to slow from 5.2 percent last year to about 4 percent in 2019. 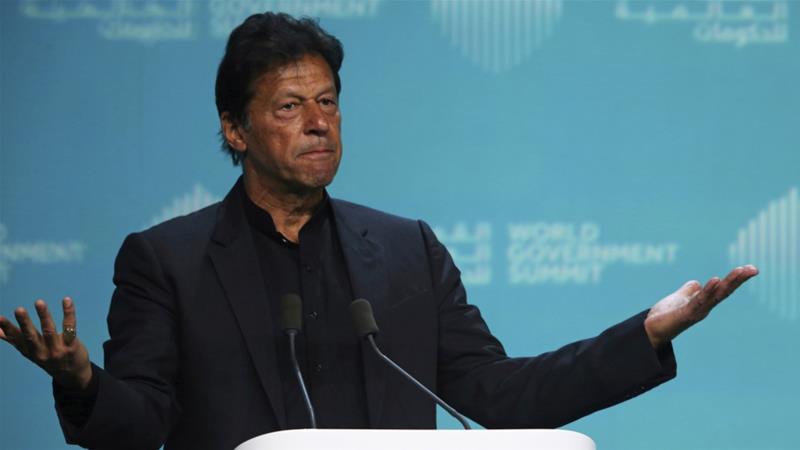 Pakistan’s Prime Minister Imran Khan said his nation needed “painful” economic reforms to cut back on its debt soon after meeting the head of the IMF.

In a speech at the World Government Summit in Dubai on Sunday, Khan said his government faced a massive fiscal deficit when it took office in 2018 and was making efforts to slash it.

“I repeat the reforms are painful … It’s like a surgery. When you conduct surgery for a while, the patient suffers, but that improves,” Khan said.

“The worst thing that can happen for society is that you keep postponing reforms because of the fear that you would have opposition, the vested interests stand up and you don’t do reforms.”

Before taking the stage, Khan met the head of the IMF Christine Lagarde.

Pakistan has about $100bn in external debt and liabilities, according to the State Bank of Pakistan.

“I reiterated that the IMF stands ready to support Pakistan,” a statement from Lagarde said.

“I also highlighted that decisive policies and a strong package of economic reforms would enable Pakistan to restore the resilience of its economy and lay the foundations for stronger and more inclusive growth.”

Forecasts by the IMF and World Bank suggest the Pakistani economy is likely to grow between 4.0 and 4.5 percent for the fiscal year ending June 2019, compared with 5.8 percent growth in the last fiscal year.

A number of major investment deals are expected to be signed during the visit.

“The outcome of the talks so far has been very positive and this is going to be one of the biggest-ever Saudi investments in Pakistan,” a senior finance ministry official was quoted as saying.

“We hope that an agreement to this effect will be signed during the upcoming visit of the Saudi crown prince to Pakistan,” said the official, requesting anonymity.

The Wall Street Journal reported last month both Saudi Arabia and the United Arab Emirates, Islamabad’s biggest trading partner in the Middle East, have offered Khan some $30bn in investment and loans.