Home » World News » In their own words: Activists in Glasgow reflect on the summit.

Activists who traveled from across the world to Glasgow to take part in the global climate talks and protest on the sidelines have expressed disappointment at what they see as empty promises from world leaders.

Yet many also found a new unity in their ranks and a renewed sense of purpose as they came together to demand urgent action, further strengthening a global climate movement that has transcended borders.

For young activists in particular, who have led some of the most urgent calls for action, and who organized the largest climate demonstration in Glasgow, the two-week conference known as COP26 has provided a moment to push for climate justice while elevating some lesser heard voices. 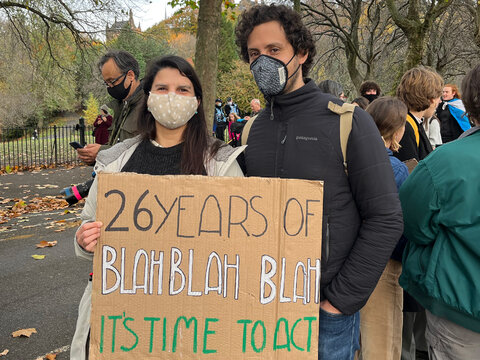 The protests related to COP26, the United Nations climate summit, peaked on Friday and Saturday, drawing tens of thousands of people to Glasgow’s streets.

Friday’s youth-led demonstration was organized by Fridays for Future, the movement that has grown out of Greta Thunberg’s 2018 school strike for climate change. At one point, Ms. Thunberg addressed the crowd, calling COP26 a “failure” and a “p.r. exercise.” 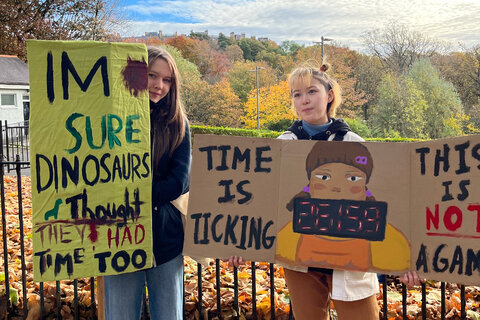 They say they also want an acknowledgment of the systemic issues intertwined with climate change, including inequality and poverty.

Ina-Maria Shikongo, an activist from Namibia, also spoke on Friday. 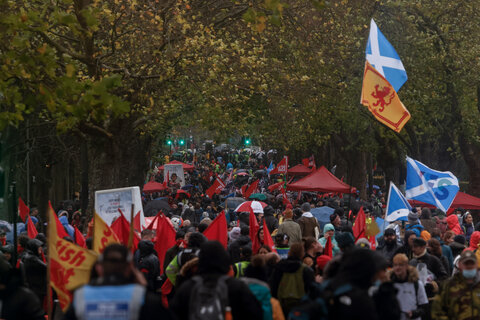 On Saturday, tens of thousands braved the soggy Scottish weather to march in protest, snaking through a park and the streets of central Glasgow. There were also dozens of solidarity marches around the world.

Among the protesters was John MacEachen, 50, who came to the march with his 10-year-old son, his wife and their friends from Edinburgh. Standing in the rain, he said this was the first time he had participated in an environmental protest.

The time was right to get involved, he said, especially for the sake of his son. 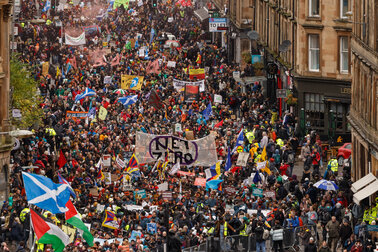 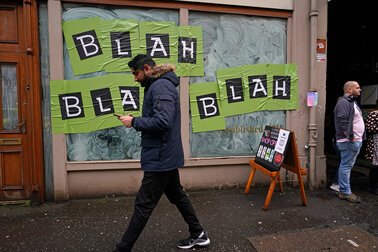