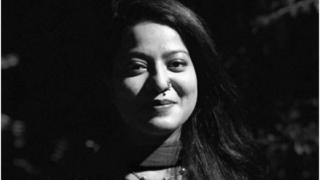 It was 2:30 in the afternoon when a group of policemen arrived at Safoora Zargar’s home in south-east Delhi.

The 27-year-old sociology student at the prestigious Jamia Milia Islamia university was taking a nap, her husband, who didn’t want to be named, told the BBC.

The couple had married 19 months ago, and Ms Zargar had discovered just weeks earlier that she was pregnant.

“She’d been suffering from nausea and was generally feeling lethargic,” he said.

The officers told them they were from the “special cell” – the anti-terror wing of the Delhi police – and asked her to go with them to their office in central Delhi.

They said they wanted to ask her some questions about her involvement in protests against a controversial citizenship law that critics say is discriminatory towards Muslims.

At the police station Ms Zargar was questioned for several hours, and at 22:30 she was arrested. That was on Friday 10 April.

So for a month now, she’s been lodged in Delhi’s overcrowded Tihar jail – at a time when India is under a strict lockdown to fight the coronavirus pandemic and the government’s own advisory says pregnant women are particularly vulnerable to infection.

Ms Zargar has been charged under the Unlawful Activities Prevention Act (UAPA) – a draconian law that makes it nearly impossible for the accused to get bail.

Since her arrest, she’s been allowed to make two five-minute calls each to her husband and her lawyer. She has been denied both visits and letters on account of Covid-19 restrictions.

Ms Zargar is among a number of Muslim students and activists who have been jailed since India’s lockdown began on 25 March, leading to accusations that the government is using the pandemic to crack down on free speech and dissent.

As a member of the Jamia Coordination Committee (JCC), a student group, she had been active in organising peaceful protests against the CAA in north-east Delhi. Her sister Sameeya describes her as “very gutsy, unapologetically honest and very opinionated”.

But police allege she was a “key conspirator” in riots that swept the area in February, in which 53 people, mostly Muslims, died.

Her family has rubbished the charges – Sameeya says her sister is not a criminal but a student and an activist who was just exercising her democratic right to protest.

“She was always out there – a student, standing with other students.”

Delhi police insist they have done their “job sincerely and impartially” and that “all the arrests made have been based on analysis of scientific and forensic evidence”.

But critics say the authorities are using a false narrative to link the protests with the riots.

“In my view, this is mala fide persecution,” lawyer and activist Prashant Bhushan told the BBC.

“Muslims were at the receiving end of the violence and they are the ones who are being persecuted,” he said. 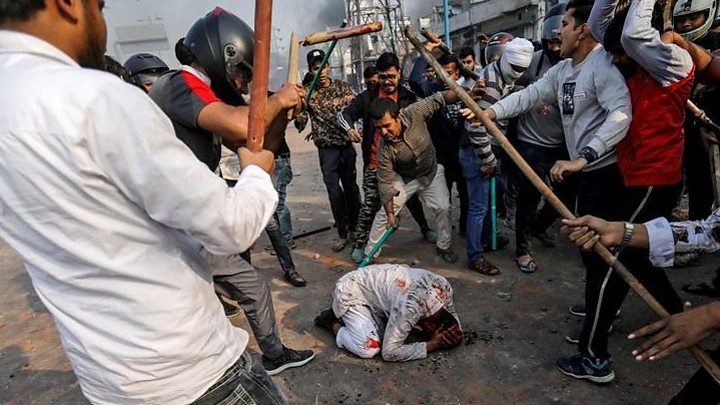 Many Muslims were lynched, their homes and businesses were vandalised and set on fire, mosques were gutted and thousands were forced into relief camps. Although the police denied any wrongdoing, there have been well-documented examples of police complicity, aiding the rioters, or simply looking away.

A petition is pending in the Delhi high court seeking arrests of three BJP leaders.

And many commentators have described the riots as “an organised pogrom against Muslims”.

But, campaigners say, instead of taking action against the BJP politicians and the mobs, police have gone on a witch hunt against Muslim students and protesters, charging them with sedition and throwing them in jail under UAPA, at a time when the courts are hardly functioning because of Covid-19 restrictions.

One report says 800 people have been arrested in connection with the February riots, including dozens who have been picked up during the lockdown. The police, who work under the federal home ministry, are working at the behest of Mr Modi’s government, it adds.

Besides Ms Zargar, police have arrested Meeran Haider, a research scholar and member of the Jamia Coordination Committee, Shifa-Ur-Rehman, president of the Jamia Millia Islamia Alumni Association, Gulfisha, an MBA student, and Ishrat Jahan, a former municipal councillor, for participating in anti-CAA protests.

In all the cases, the police have used a similar playbook – accusing them of conspiracy to riot, indulging in hate speech and inciting mobs – and throwing them in jail under the repressive UAPA.

The arrests have been condemned by civil society and rights groups who have called them “illegal” and a “grave abuse of state power”.

Hundreds of feminists from across the country have also issued a statement demanding an end to the “detention, intimidation and harassment of those who assert their democratic right to protest”, especially women.

“False cases against peaceful protesters must be dropped and all those arrested on fake charges must be released,” the statement reads.

But it’s Ms Zargar, now four months pregnant, who has emerged as the face of state repression against students and activists.

“The government of India has been exceedingly intolerant towards free speech and dissent,” Amnesty International India Executive Director Avinash Kumar said in a statement.

“But to arrest Safoora who is in the second trimester of her pregnancy and send her to an overcrowded prison during the pandemic highlights how brutal is the ongoing clampdown in the country.”

The attention on Ms Zargar’s case has not gone down well with the government’s supporters, who have taken to social media in recent days to slander the jailed activist. 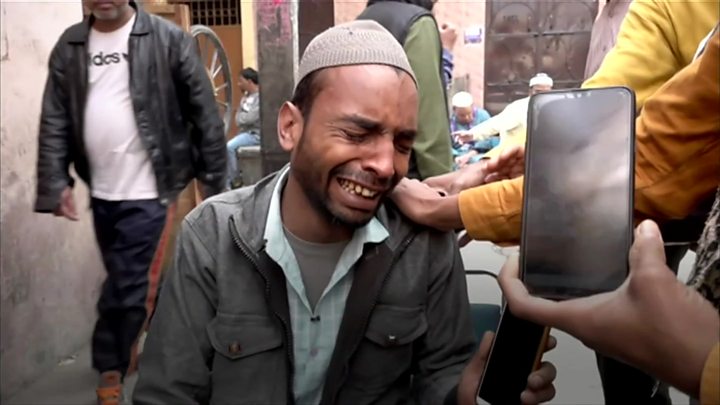 Last week, hundreds of right-wing trolls on Twitter tried to slut-shame her, posting vulgar comments suggesting she was unmarried and raising questions over her pregnancy.

Some of the right-wing press, sympathetic to the government, carried reports accusing Ms Zargar of being “responsible for the deaths of innocent people” during the riots.

Legal experts say whether she’s guilty or not will only be known once she’s tried in court.

But that’s a long and drawn-out process and it’s the process that’s the punishment.

The trolling and the filth being spewed about her have caused immense anguish to Ms Zargar’s family.

But last Tuesday, when her husband spoke to her on the phone, he did not tell her anything about the trolling or abuses.

“I had a whole list of things, but I couldn’t check half of them because our calls are timed,” he told me.

In a call that lasted less than five minutes, the couple talked about her health, the food she’s getting in prison, and discussed a way of getting some cash to her because due to Covid-19 restrictions, she can’t receive a money order.

“She asked about her parents, my parents and our siblings. She wanted to know if the family is worried about her?

“I told her we are counting on you to be the strong one, for us,” he says.

Read more on the Delhi riots: