A green notebook, found in Assadollah Assadi’s car when he was arrested in Germany, meticulously detailed 289 places across 11 European countries where he is believed to have made contact with agents of the regime. Assad –  who faces being jailed for up to 20 years on Thursday –  was acting as a diplomat in Vienna when he is accused of personally transporting 500g of “mother of Satan” TATP explosives for an planned 2018 attack on the Free Iran political rally in Paris, hosted by pro-democracy group National Council of Resistance of Iran (NCRI).

In reality, he was Europe bureau chief for the Iranian Ministry of Intelligence and Security.

The conference at the packed Villepinte stadium was attended by 80,000 NCRI supporters and their families as well as dignitaries including Trump lawyer Rudy Giuliani, former Canadian PM Stephen Harper and 38 UK MPs and delegates including former Secretary of State for Northern Ireland Theresa Villiers.

Pretending to go on holiday with his family, Asssadi  met with two accomplices at a Pizza Hut in Luxembourg, two days before the bomb was due to go off, and handed them the explosives at a Pizza Hut.

Normally based in Antwerp, Amir Saadouni and Nasimeh Naami were also handed a USB stick with detailed instructions, a new phone  and an envelope containing £16,000.

The instructions describe how the bomb should be charged and prepared before being wrapped in plastic foil, a safety cordon ranging from 50 meters to 300 meters respected before activation by pushing a remote control for 3 seconds. 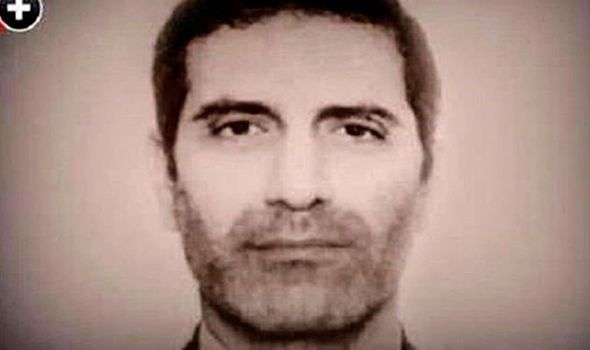 They were tasked with delivering the device, which Naami placed in a blue toiletry bag, to a third accomplice Mehrdad Arefani, who would attend the conference posing as a supporter of NCRI.

The plot was foiled at the last minute by German and Belgian security services.

But Assadi’s green notebook shows the true extent of his european connections.

Of the 289 locations meticulously listed, 86 were landscapes and various visiting sites, 53 were stores, 45 were restaurants and 23 were hotels. 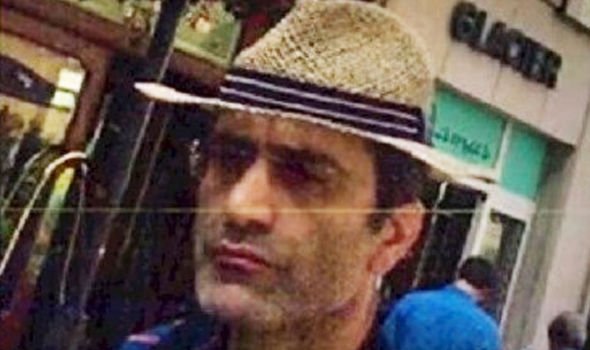 Though ostensibly a diplomat based at the Iran;s Viennese embassy, only 38 were in Austria, barely 13 percent of the total.

Germany featured most heavily, with 114 locations, followed by 42 locations in France.

Other countries he visited include Italy, Hungary, the Czech Republic, Belgium, the Netherlands, Sweden, Switzerland, and Luxembourg.

It can further be revealed that, while on remand,  Assadi was visited by Reza Lotfi, a senior Iranian official in Iran who acts as liaison between the MOIS and Iran’s foreign ministry.

His job includes overseeing operations of MOIS stations in embassies and reporting his findings simultaneously to MOIS minister Mahmoud Alavi and to the Minister of Foreign Affairs, Javad Zarif.

Farzin Hashemi from the National Council of Resistance of Iran said: “The regime’s espionage network in Europe, which is used for terror plots like the one in Paris, should be exposed and destroyed and the EU should demand from Tehran to dismantle it terror apparatus, giving  reliable guarantees that will never commit a similar plot or risk facing severing diplomatic relations.”

These include former Foreign and Home Office ministers from the UK, France, Germany  and Italy, a former PM and President of Romania and a slew of other ministers from Poland, Lithuania, Slovakia, Finland and Iceland.

In a joint statement they urged the EU to “designate Iran’s Ministry of Intelligence and the IRGC in their entirety as terrorist entities”, adding: “The undisputed evidence in the terrorist Villepinte case indicates that the involvement of Iranian authorities at the highest level has been upgraded into plans for mass murder. 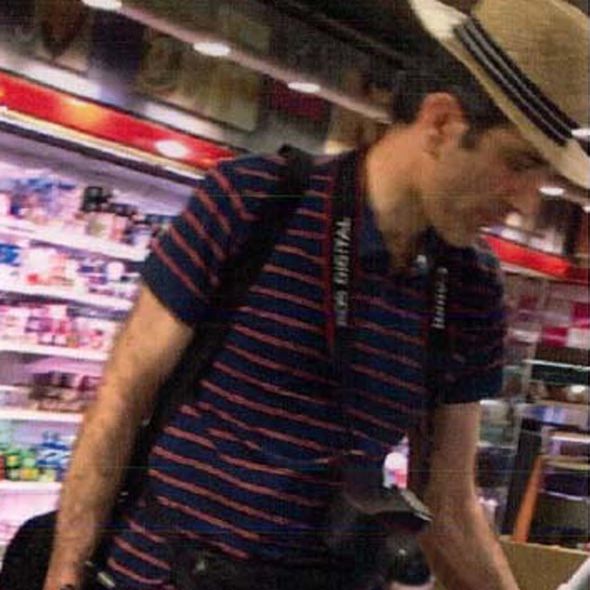 “The EU must take firm action. To do otherwise would provide impunity for the Iranian regime and embolden them to carry out further terrorist attacks in Europe.”

Assadollah was arrested in Germany as he tried to cross the border back into Austria. His defence has relied on his assertion that he should be given diplomatic immunity, which was rejected.

Prosecutors have called for him to be given the maximum of 20 years in jail, while Saadouni and Naami face 18 years in prison, and Arefani 15 years.

A judge will deliver the verdict and sentencing in Antwerp, Belgium, on Thursday.