DUBAI (Reuters) – Two more people infected with the new coronavirus have died, taking the toll in Iran to 16, officials said on Tuesday, as Iranians worried that authorities could be underestimating the scale of outbreak.

Iran has the highest number of deaths from coronavirus outside China, where the virus emerged in late 2019. Among the infected was the deputy health minister, who tested positive for coronavirus, state media said.

“Among those who had been suspected of the virus, 35 (new cases) have been confirmed and two died of the coronavirus infection,” said Health Ministry spokesman Kianush Jahanpour. He said 95 people had been infected across Iran.

Jahanpour put the death toll at 15, but later Iran’s state news agency said one person infected by the virus had died in the city of Saveh. Some unconfirmed reports gave a higher death toll.

The outbreak in Iran has coincided with mounting U.S. pressure on Iran’s clerical rulers that has hit the economy hard. In 2018, the United States exited Tehran’s nuclear deal with major powers and reimposed sanctions on the country.

Worried that official numbers could underestimate the scale of Iran’s outbreak, many Iranians took to social media to accuse authorities of concealing facts.

Popular anger has been high for months over the handling of a Ukrainian passenger plane crash in January, which the military took three days to admit was caused by an Iranian missile fired in error.

The incident revived anti-government protests that rocked the country in November against a hike in fuel prices, which swiftly turned political with calls for Iran’s rulers to step down, before authorities cracked down.

The head of Qom’s Medical Science University, Mohammad Reza Ghadir, expressed concern over “the spread of those people infected by the virus across the city”, adding the Health Ministry had banned releasing figures linked to the coronavirus.

Authorities ordered the nationwide cancellation of concerts and soccer matches and the closure of schools and universities in many provinces, and have urged Iranians to stay home.

Iran said on Monday 900 cases were suspected, dismissing claims by a lawmaker from the holy Shi’ite city of Qom who said 50 people had died in the city, the epicenter of the new coronavirus outbreak.

“It is an uninvited and inauspicious visitor. God willing we will get through … this virus,” said Iranian President Hassan Rouhani in a televised speech.

Iran, which confirmed its first two deaths last week in Qom, has yet to say how many people it has quarantined, but the semi-official Mehr news agency said 320 people had been hospitalized.

The virus outbreak threatens to isolate Iran further, with several countries suspending flights after coronavirus cases in travelers from Iran were confirmed in Canada, Lebanon, the United Arab Emirates, Afghanistan and Iraq. 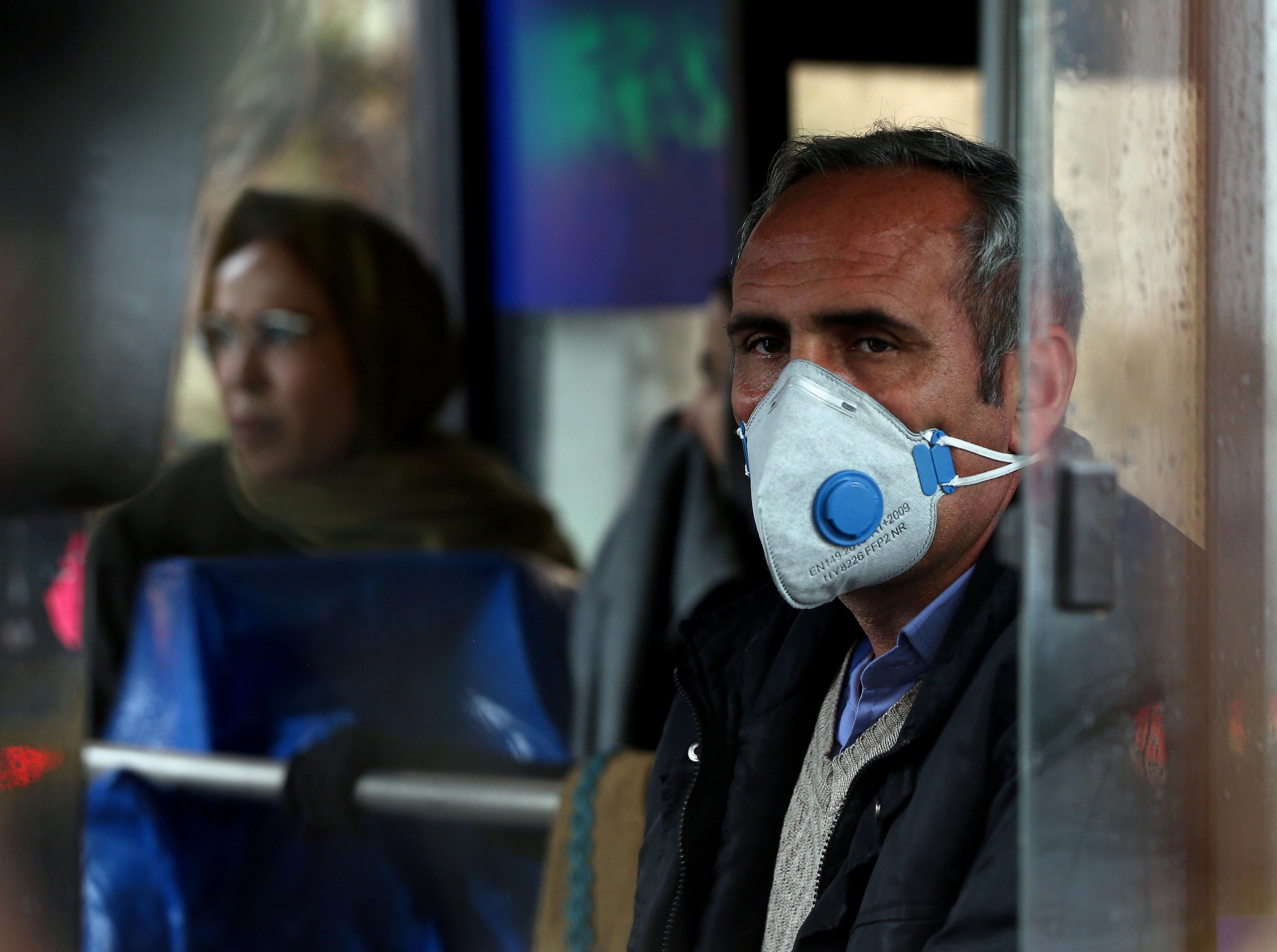 Some neighboring countries closed their borders. The United Arab Emirates state media said Dubai International Airport had suspended all flights to and from Iran.

Oman’s Khasab port is suspending the import and export of goods to and from Iran from Feb. 26 because of the coronavirus outbreak, operator Marafi said on Twitter.

Six Arab countries reported their first cases, with those infected all having links to Iran. Kuwait said on Tuesday the number of infected people there had risen to eight. Bahrain said it had eight cases, four were Saudi nationals and two Bahrainis.