Officials say owners of the ferry that capsized in Mosul arrested along with the engineers ‘who certified the vessel’. 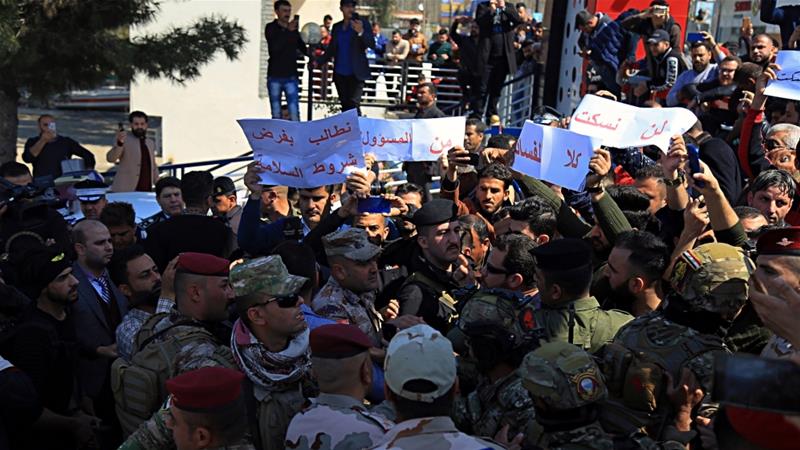 Authorities in Iraq have arrested the owners of a ferry that capsized in Mosul killing nearly 100 people.

In a statement on Sunday, the Supreme Judicial Council announced the arrest of the boat’s owners as well as three engineers who “had certified that it complied with regulations”.

The boat was packed with families from the northern city crossing the swollen River Tigris to celebrate Nowruz, the Persian New Year, along with Iraqi Mother’s Day.

The ferry, which was loaded to five times its capacity, capsized on the swollen river after operators ignored warnings of dangerous weather.

Most of the victims of the accident on March 21 were women and children. The strong current washed some bodies miles downstream, and more than 50 people are still missing.

In a Twitter post on Saturday, Yahya Rasul, spokesman of Iraq’s defence ministry, named the owners as Obeid Ibrahim Ali and his son, Ryan Obeid Ibrahim.

The pair were caught in the autonomous Kurdish region in Iraq.

The judicial council said the cases of the owners and the engineers have been transferred to a panel of three judges and a prosecutor.

A day after the tragedy, protesters in Mosul chanted “no to corruption” and pelted the provincial governor’s car with stones.

Nawfal Hamadi al-Sultan, the governor of Nineveh province, of which Mosul is the main city, was later sacked by the Iraqi parliament after the prime minister accused him of negligence and dereliction of duty.

A Mosul court also issued a warrant for Sultan’s arrest on corruption charges. He has now gone on the run.