DUBLIN (Reuters) – The leaders of Ireland’s Fine Gael and Fianna Fail, two of the three largest parties to emerge from a Feb. 8 election, will meet early next week for what they described as exploratory talks as negotiations to form a government step up. 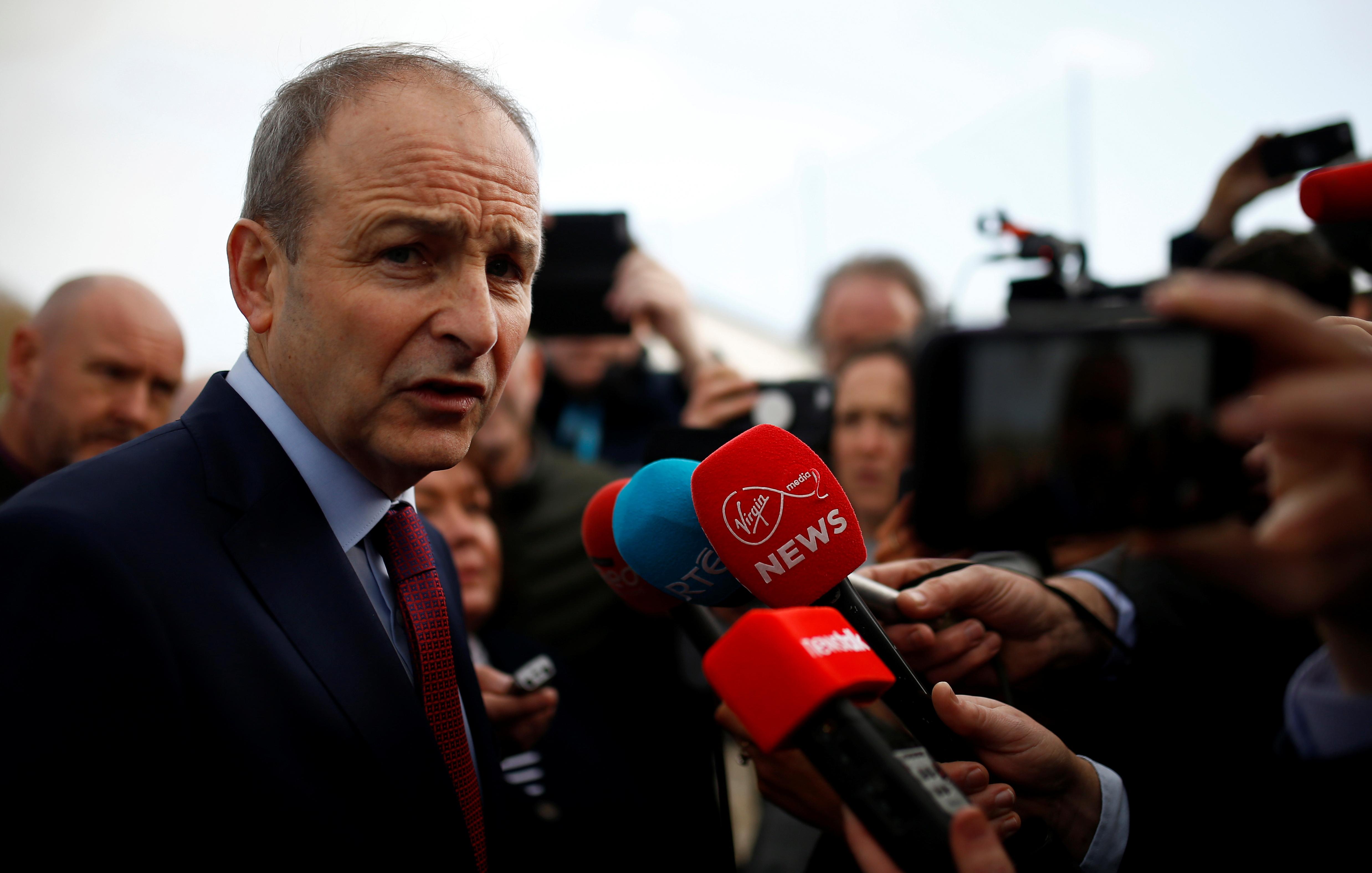 Fianna Fail’s Micheal Martin has begun seeking to form a coalition government but has ruled out governing with Sinn Fein, the left wing pro-Irish unity party which surged at the poll and has an equal number of seats in the fractured parliament.

That means some kind of government agreement will be needed with acting prime minister Leo Varadkar’s Fine Gael and at least one other party. Fine Gael won 35 seats in the 160-seat house to the 37 each held by Fianna Fail and Sinn Fein.

All sides predict it will take several weeks to form a government with the risk of a second election if talks fail, meaning Ireland will be represented by a caretaker government in the initial stages of post-Brexit trade talks.

Varadkar’s spokesman said that the meeting would be exploratory in nature as the Fine Gael leader only has permission from his party to engage on that basis and would need a further mandate to open negotiations on a policy program.

“At that meeting we’ll discuss ways forward and I will then report to the Fine Gael parliamentary party probably Wednesday or Thursday next week as to whether there’s any basis for any further discussions,” Varadkar told reporters in Brussels.

Varadkar reiterated after his party met this week that Fine Gael was preparing for opposition but that it would be willing to help form a government if all other options are exhausted.

On Friday, he said that any prospective deal would have to fully respect the fact that while Fine Gael did not win the election, it has almost as many seats as Fianna Fail.

Asked if such a deal would include agreement to rotate the role of prime minister with Martin, Varadkar said that was “not even discussed.”

When Varadkar’s predecessor Enda Kenny offered Martin a full partnership government after the 2016 election, local media reported that it would include a “rotating” prime minister where each would hold the role for half a term.

Historical rivals, the parties have swapped power at every election since emerging from the opposing sides of Ireland’s 1920s civil war. They have never formed a coalition but Fianna Fail facilitated the last Fine Gael-led minority government from opposition after Martin rejected Kenny’s offer.

Fianna Fail will also open formal talks next Wednesday with the smaller Green Party, whose 12 deputies would be enough to hand any combination of two of the three biggest parties a majority.

Any hope Sinn Fein had of Martin changing his mind on the party appeared to be extinguished late on Thursday when the Fianna Fail leader launched a strong criticism in parliament of Sinn Fein’s roles as the former political wing of the Irish Republican Army.

Martin said Sinn Fein did not operate to the same democratic standards held to by every other party and that its leader Mary Lou McDonald had praised units of the IRA.

McDonald, who took over from Gerry Adams in 2018 and has no direct link to the IRA’s role in the three decades of violence in Northern Ireland that ended in 1998, rejected the statement and said Martin was “exuding bile.”