DUBLIN (Reuters) – Ireland’s two dominant centre-right parties have agreed to form a coalition for the first time in a deal that will also put the Green Party at the centre of policymaking and end a political stalemate triggered by an inconclusive February election. 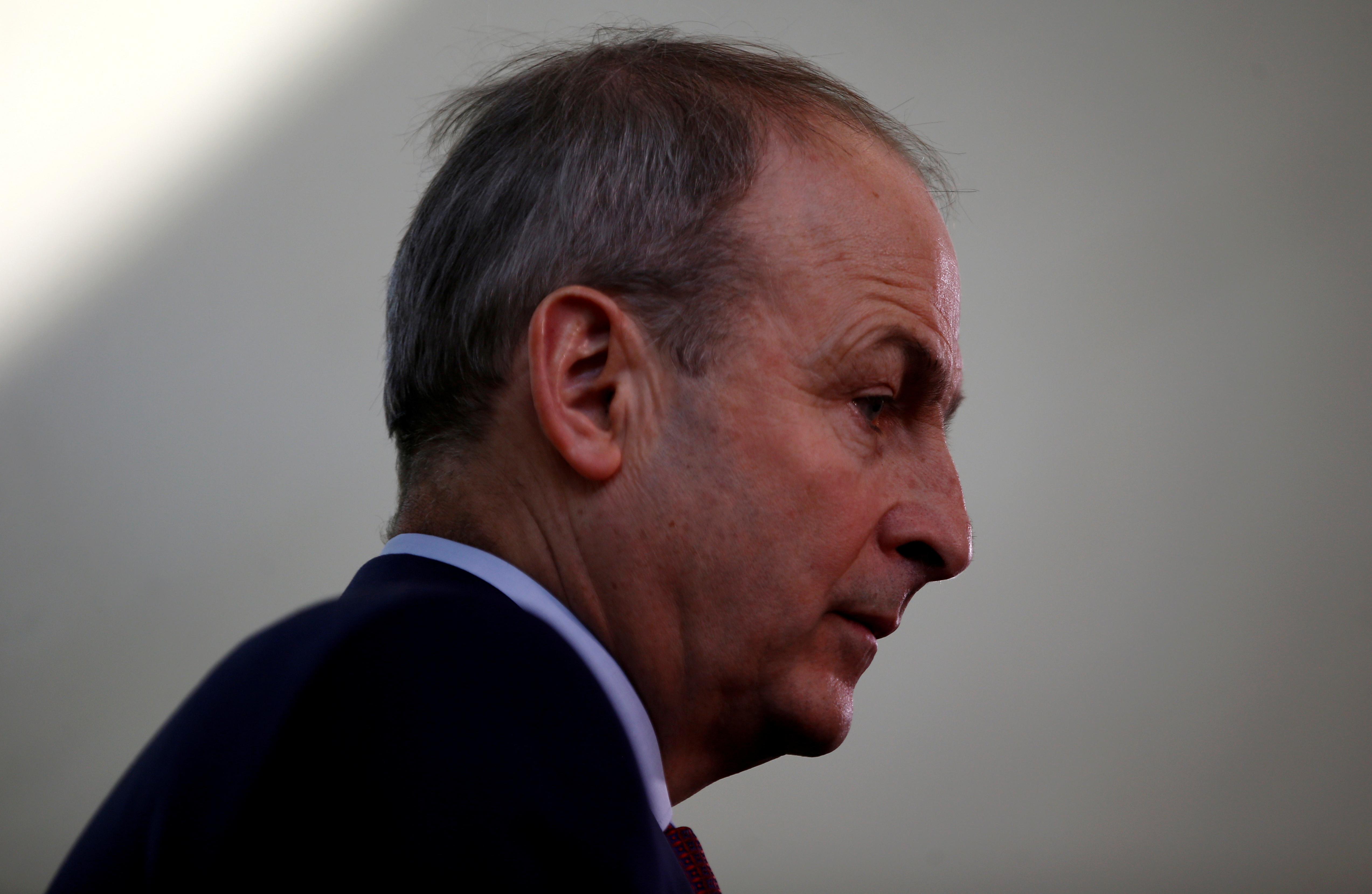 The deal, which must be ratified by members of the three parties, is expected to make Fianna Fail leader Micheál Martin prime minister in the first half of the government’s five-year term before Fine Gael leader Leo Varadkar returns in 2022.

“The leaders have signed off on the draft programme for government,” the parties said in a coordinated statement.

Varadkar told journalists on Monday that the post of prime minister would rotate, but decline to confirm widespread expectations that Martin would serve first.

Ireland has been in political deadlock since the Feb. 8 vote pushed historic rivals Fine Gael and Fianna Fail together. The two have swapped power since they emerged from opposing sides of Ireland’s 1920s civil war.

The pair need the Greens to reach a majority in the fractured parliament to pass new laws, including a 6.5 billion euro ($7.3 billion) package to help businesses hit by the coronavirus.

The agreement must be ratified in the next 10 days or so by grassroot members from each party. The smaller Greens need to secure two-thirds support, a higher bar than the larger parties that could yet scupper the deal.

“It’s a challenging time ahead economically as a result of COVID but the programme for government does represent a new departure,” Martin told journalists after the talks.

His finance spokesman Michael McGrath said the document committed to moving towards a broadly balanced budget, without setting a target date.

Monday’s newspapers declared the Greens the winners. The Irish Independent’s front page headline called it “A green deal to remould the shape of our politics.”

If ratified, the deal will make Sinn Fein, which wants Northern Ireland and Ireland to unite, the main opposition party for the first time. The former political wing of the Irish Republican Army surged to 37 seats in the 160-seat parliament, the same as Fianna Fail and two more than Fine Gael.