Heavy bombing has continued in Gaza in the early hours of the morning as Israeli warplanes unleashed a series of airstrikes across several locations.

Explosions rocked Gaza City for 10 minutes on Monday morning, lasting longer and targeting a wider area than the air raids that killed 42 Palestinians a day before.

The violent assaults have ensued for a week, with buildings levelled across the city and children among those killed.

Israeli Prime Minister Benjamin Netanyahu has signalled there will not yet be an end to the violence, telling his nation the attacks were continuing at “full force” and would “take time”. 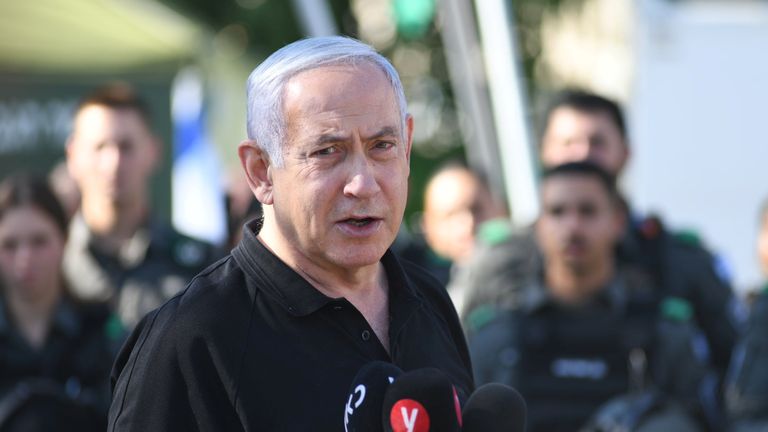 He said his country “wants to level a heavy price” on the Hamas militant group, which has also been launching rockets towards civilian areas in Israel.

The Israeli Air Force said the latest round of bombings had targeted nine residences belonging to “high-ranking commanders” of the Hamas organisation.

The majority of the fatalities so far have been reported in Gaza. 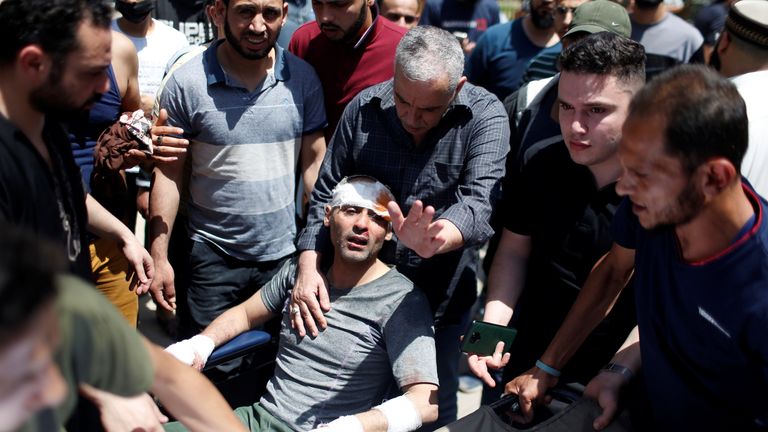 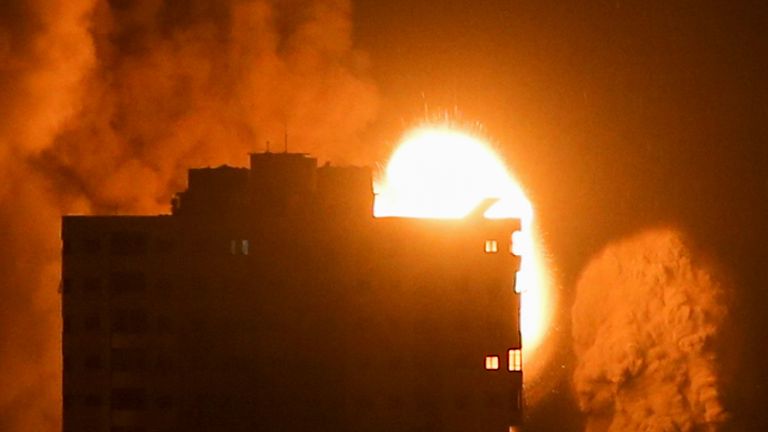 A total of 192 Palestinians have been killed, including 58 children and 34 women, according to the Gaza health ministry.

In Israel, eight people have been killed including a five-year-old boy and a soldier.

Airstrikes have levelled some of Gaza City’s tallest buildings, including one housing media outlets such as Associated Press and Al Jazeera.

Israel alleges these buildings contained Hamas military infrastructure, but media watchdog Reporters Without Borders has asked the International Criminal Court to investigate the bombing of the building as a possible war crime.

The region is seeing its worst outbreak of violence since the war in 2014.

Tensions rose in east Jerusalem last month when Palestinians clashed with police in response to the conduct of officers during Ramadan and the threatened eviction of dozens of Palestinian families by Jewish settlers.

US President Joe Biden has called for the two sides to work towards a “sustainable calm”.

“We also believe Palestinians and Israelis equally deserve to live in safety and security, and to enjoy equal measures of freedom, prosperity, and democracy,” he said.