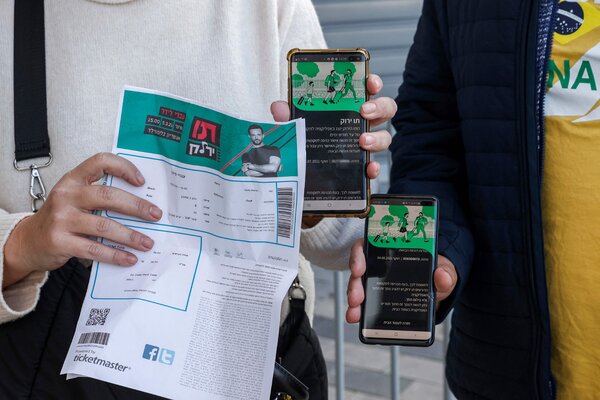 JERUSALEM — Prime Minister Benjamin Netanyahu of Israel enjoyed a cappuccino and cake on the terrace of a Jerusalem cafe on Sunday morning to mark the broadest reopening of the country’s economy since the first coronavirus lockdown began a year ago.

For the first time in months, restaurants have reopened, with restrictions on occupancy and social distancing and with indoor seating available only to so-called Green Pass holders, meaning people over 16 who are fully vaccinated.

Israel has outpaced the rest of the world in vaccinations, with 55 percent of the population having received one dose of the Pfizer-BioNTech vaccine and more than 41 percent two doses. It is now an international laboratory for the efficacy of the vaccine, and is becoming a test case for the practical, legal and ethical issues arising from a tier system for the vaccinated and unvaccinated.

Event halls are reopening for Green Pass holders and gatherings of up to 1,500 people will be allowed in stadiums and arenas. And after weeks of tight restrictions on entry to the country that left thousands of Israeli citizens stranded abroad, all citizens and permanent residents will be allowed to enter the country, but with a cap on numbers that will increase over the week from 1,000 to 3,000 people per day.

“This is a great day,” Mr. Netanyahu said, as he supped in the spring sunshine alongside the mayor of Jerusalem, Moshe Leon. “We are coming back to life.”

The “Back to Life” program is central to Mr. Netanyahu’s election campaign, with another ballot scheduled for March 23, Israel’s fourth in two years.

With new daily infections still in the thousands, health officials and experts have warned against opening up the airport to passengers from abroad who may carry contagious virus variants, and against relaxing restrictions too rapidly out of political considerations. But the government has also come under pressure from Israelis wanting to return to the country to vote.