JERUSALEM (Reuters) – Former military chief Benny Gantz portrays himself as a straight-shooter who will restore simple values to Israel if he wins power in the country’s third election in less than a year. 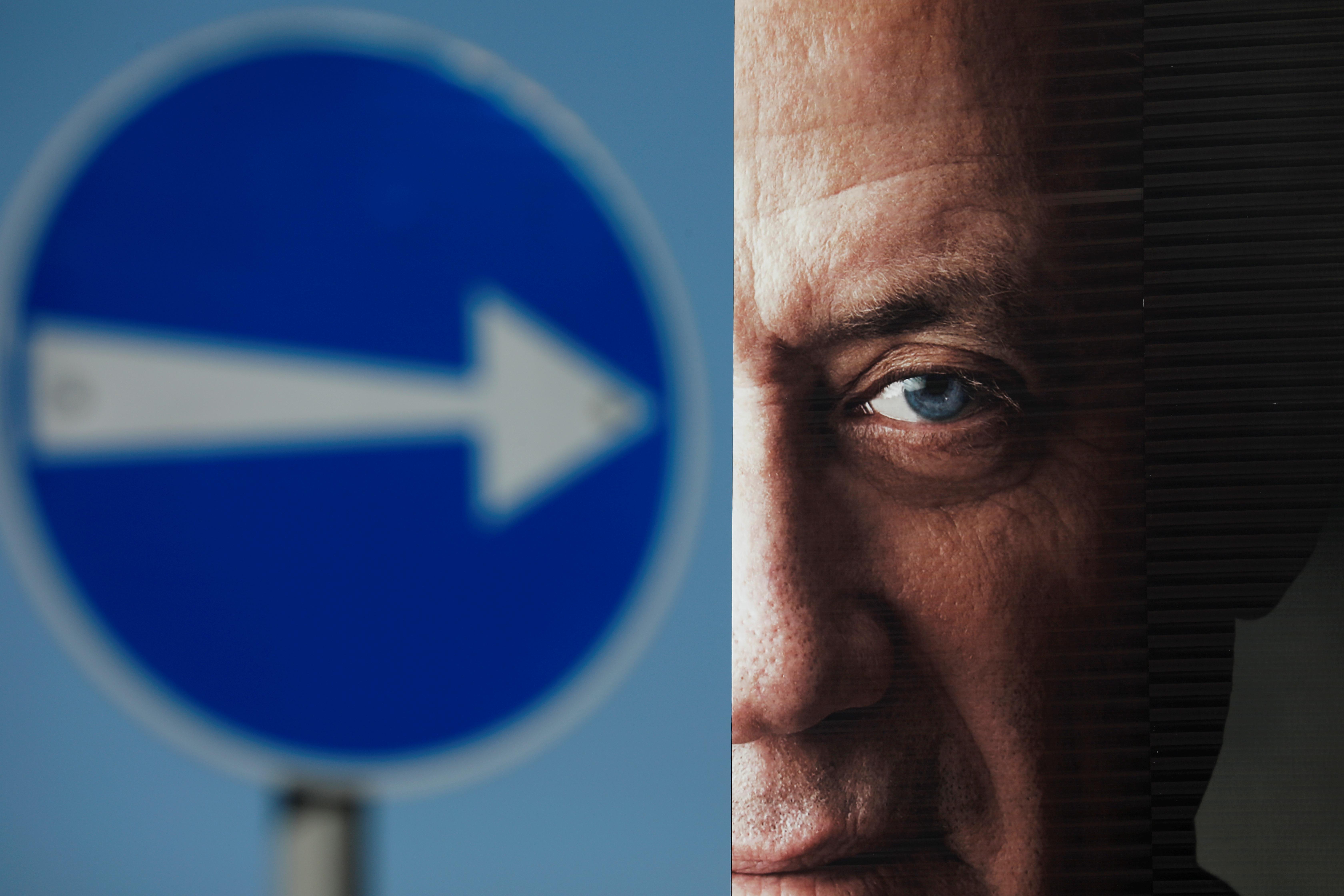 Prime Minister Benjamin Netanyahu, the man Gantz wants to oust in Monday’s election, once praised him as “an officer and a gentleman” when his government appointed him Chief of Staff of the armed forces eight years ago.

The tone is very different now.

Netanyahu’s trial is set to begin on March 17, just two weeks after the election. Netanyahu, who at 70 is a decade older than Gantz, denies any wrongdoing, calling the investigation a witch-hunt.

“The man charged with bribery, fraud and breach of trust has nothing to sell other than disseminated lies and slung mud,” Gantz tweeted about Netanyahu a week before the election. “Israel needs a full-time prime minister.”

But while Blue and White has talked up Gantz’s military background, Likud has sought to portray their opponent as soft on Iran and too conciliatory toward the Palestinians.

Gayil Talshir, a Hebrew University political scientist, said Israel still appeared to be split, reflecting the inconclusive outcome of elections in April and September last year in which neither party could form a ruling coalition.

Blue and White led Likud in opinion polls for weeks during this campaign but recent surveys have shown Likud pulling slightly ahead.

“The trial is super-important… the center and left in Israel is going against Netanyahu,” Talshir said. “But his (Netanyahu’s) own base is rallying around Netanyahu.”

Tall and athletic, with a fondness for folk singing and motorcycle riding, Gantz was a consensus figure for Israelis when chief of the conscript military between 2011 and 2015.

But what he would do in power is not entirely clear, as he has sent mixed messages.

He casts himself as more diplomatically accommodating than Netanyahu, urging redoubled efforts to restart peace talks.

But while Palestinians may prefer Gantz to Netanyahu, there is little fondness for him after two wars in the Gaza Strip, a self-governing Palestinian enclave, while Gantz was in charge of the Israeli military. About 2,300 Palestinians were killed in the fighting.

He has also publicly embraced U.S. President Donald Trump’s Middle East plan, which was rejected outright by the Palestinians for what they see as pro-Israel bias.

While Netanyahu holds rallies around the country exhorting his right-wing supporters to turn out, Gantz’s party believes some may be persuaded to peel away by a cross-partisan appeal to “proper conduct.”

“Our polls indicate that a considerable number of Likud supporters are unhappy with the situation and are wavering,” Yoaz Hendel, one of the party’s lawmakers, told Reuters. “They are part of our focus.”

Gantz’s “Mr Clean” image took a knock last week when police announced an investigation into the conduct of a now-defunct security consultancy that he chaired after he left the military.

Gantz is not a suspect in the case, but Netanyahu seized on it to try to undermine his less experienced opponent.

Gantz has also made occasional stumbles in campaign interviews, getting an interviewer’s name wrong and stammering slightly while collecting his thoughts.

Netanyahu has used these stumbles as ammunition to accuse Gantz as lacking the capacity for quick thinking. 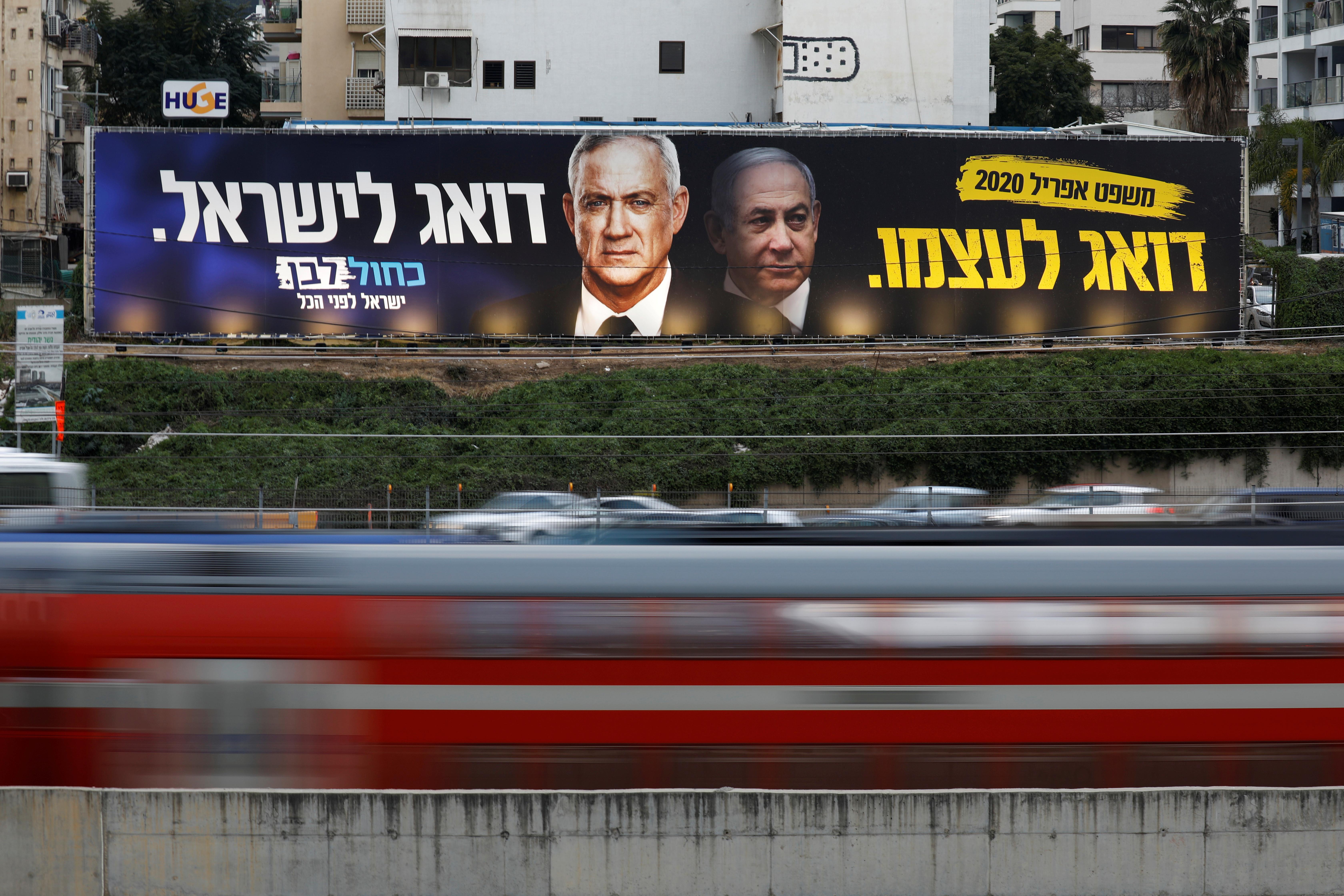 “So I don’t speak like you. Big deal,” Gantz responded brusquely during a televised speech on Wednesday. “While you were taking acting classes in New York, I was defending this country.”

Related posts:
Best News
Evergrande Property's Hong Kong IPO meets with lukewarm reception, raises $1.8 billion
Your Thursday Briefing
James D. Wolfensohn, Who Led the World Bank for 10 Years, Dies at 86
Adorable old dog ‘shows off’ to cleaner every visit by playing with toys
18 Five-Ingredient Thanksgiving Recipes
Recent Posts
This website uses cookies to improve your user experience and to provide you with advertisements that are relevant to your interests. By continuing to browse the site you are agreeing to our use of cookies.Ok