LAGOS/ABUJA (Reuters) – An Italian man who has been confirmed as Nigeria’s first coronavirus case after arriving from Milan was in the country for almost two full days before being isolated, traveled through Lagos and visited another state. 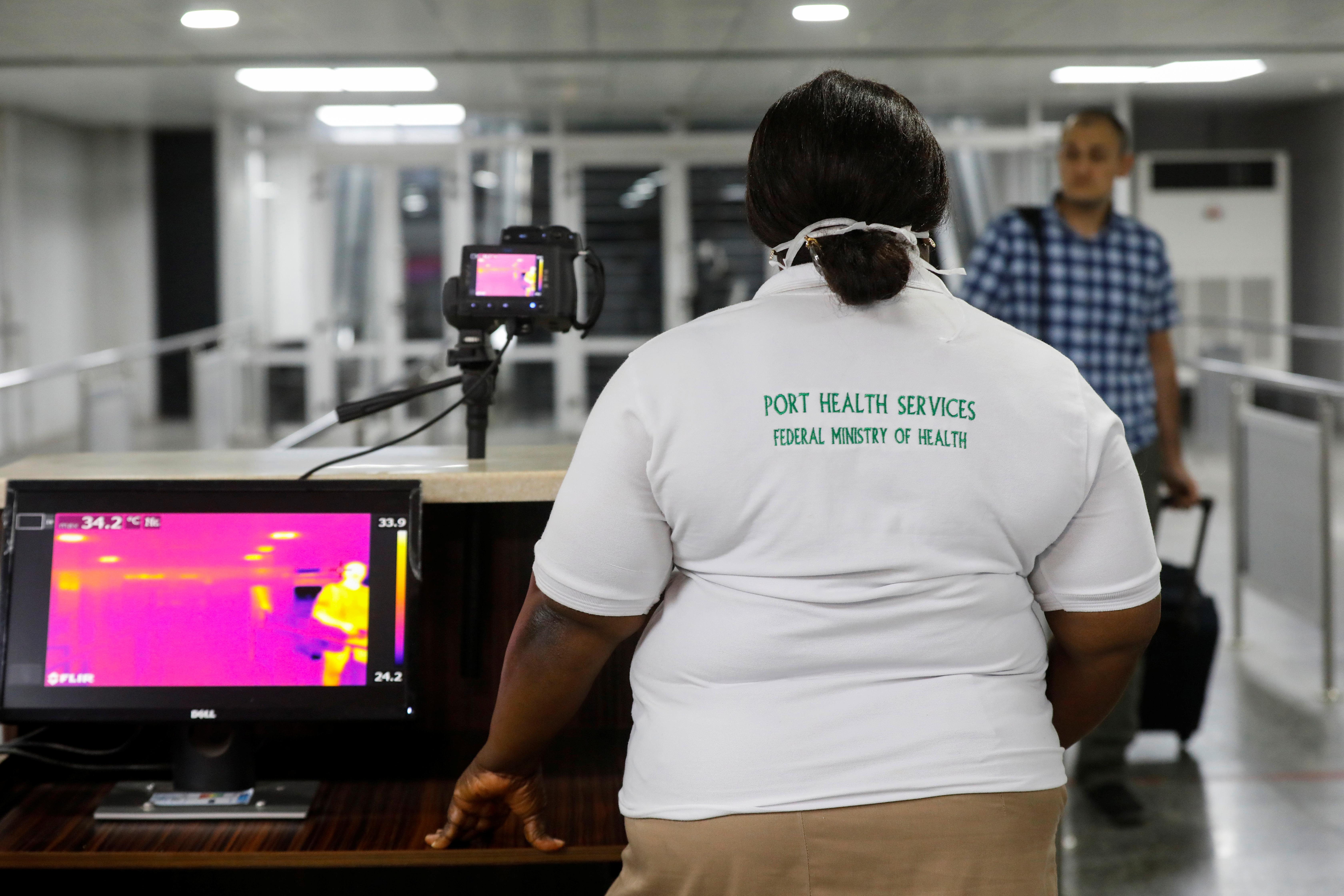 The case, the first in sub-Saharan Africa, has prompted a scramble by Nigerian authorities to try to “meet and observe” all passengers who arrived on the same flight as the man and to identify the places he visited before being hospitalized.

“We have started working to identify all the contacts of the person since he entered Nigeria and even those who were with him on the aircraft,” Health Minister Osagie Ehanire told reporters on Friday in the capital, Abuja.

Lagos, with 20 million people, is the biggest city in Nigeria, Africa’s most populous country.

Authorities fear the virus could spread quickly in a region where health systems are already overburdened with cases of malaria, measles, Ebola and other deadly infectious diseases.

Nigeria, which has some 200 million people, suffers a shortage of doctors and hospitals are often poorly maintained.

The Italian, whose country has been hit harder hit by the virus than any other in Europe, arrived on Feb. 24 on a Turkish Airlines flight that had a connection in Istanbul, said Lagos state commissioner for health, Akin Abayomi.

After spending the night in a hotel near the airport, he went on Feb. 25 to his place of work in neighboring Ogun state, and stayed there until he developed a fever and body aches on the afternoon of Feb. 26, Abayomi told a news conference.

He was then transferred to a high containment facility in Yaba, Lagos state.

Ehanire said the infection was confirmed on Feb. 27 by the Virology Laboratory of the Lagos University Teaching Hospital, and that the man was now quarantined but doing well.

Turkish Airlines did not immediately comment on the case. There are no confirmed cases in Turkey.

Officials from the Nigeria Center for Disease Control (NCDC) are heading to Lagos to help address the case, and have activated its national Emergency Operations Center.

Ehanire said Nigeria was improving its readiness to control and contain the coronavirus, which was first reported in China.

The World Health Organization has said it already has experts on the ground in Nigeria, which it identifies as one of 13 “high priority” countries in Africa.

On Friday the High Court in Kenya, which has no confirmed cases of the virus, ordered flights from China to be temporarily suspended on Friday.

Ehanire said China had been working closely with Nigerian authorities and had sent a treatment guide.

Garza said some stocklists had sold out of hand sanitizer.

Most Nigerians live on less than $2 a day.

Nigerian stocks fell 1.63% to their lowest level in two months on Friday following the announcement of the coronavirus case.

The spread of the new coronavirus from China has hit global financial markets, and Nigeria’s economy is at risk from the tumbling price of oil, which accounts for 90% of its foreign exchange earnings.