ROME (Reuters) – Shops and restaurants closed, hundreds of flights were canceled and streets emptied across Italy on Tuesday, the first day of an unprecedented, nationwide lockdown imposed to slow Europe’s worst outbreak of coronavirus.

Just hours after the dramatic new restrictions came into force, health authorities announced the death toll had jumped by 168 to 631, the largest rise in absolute numbers since the contagion came to light on Feb. 21.

The total number of confirmed cases rose at a much slower rate than recently seen, hitting 10,149 against a previous 9,172, but officials warned that the region at the epicenter, Lombardy, had provided incomplete data.

The government has told all Italians to stay at home and avoid non-essential travel until April 3, radically widening steps already taken in much of the wealthy north, which is the epicenter of the spreading contagion.

“Our civic duty is the only thing that can save us,” said Marzio Tonilo, 35, a teacher from the northern town of San Fiorano, which was placed under quarantine last month.

Prime Minister Giuseppe Conte unexpectedly expanded the so-called red zone to the entire country on Monday night, introducing the most severe controls on a Western nation since World War Two.

The move shocked many small businesses, which feared for their future.

“It looks like an apocalypse has struck, there is no one around,” said Mario Monfreda, who runs Larys restaurant in a smart Rome residential area. Under the government order, all bars and restaurants will now have to close at 6.00 p.m.

“It is a total disaster. This will reduce us to nothing … More people are going to die as a result of the economic crisis that this lockdown is going to cause than the virus itself.”

However, the prosperous northern region of Lombardy, centered on Italy’s financial capital Milan, called on the government to introduce even more stringent measures.

“I would shut down all the shops. I would certainly close down public transport and I would seek out all businesses that could be shut without creating excessive damage to the economy,” said Lombardy Governor Attilio Fontana.

While Lombardy accounts for 74% of all the fatalities, the disease has now touched all of the country and the government is worried that if it worsens, the health system in the less developed south will collapse, causing deaths to spike. 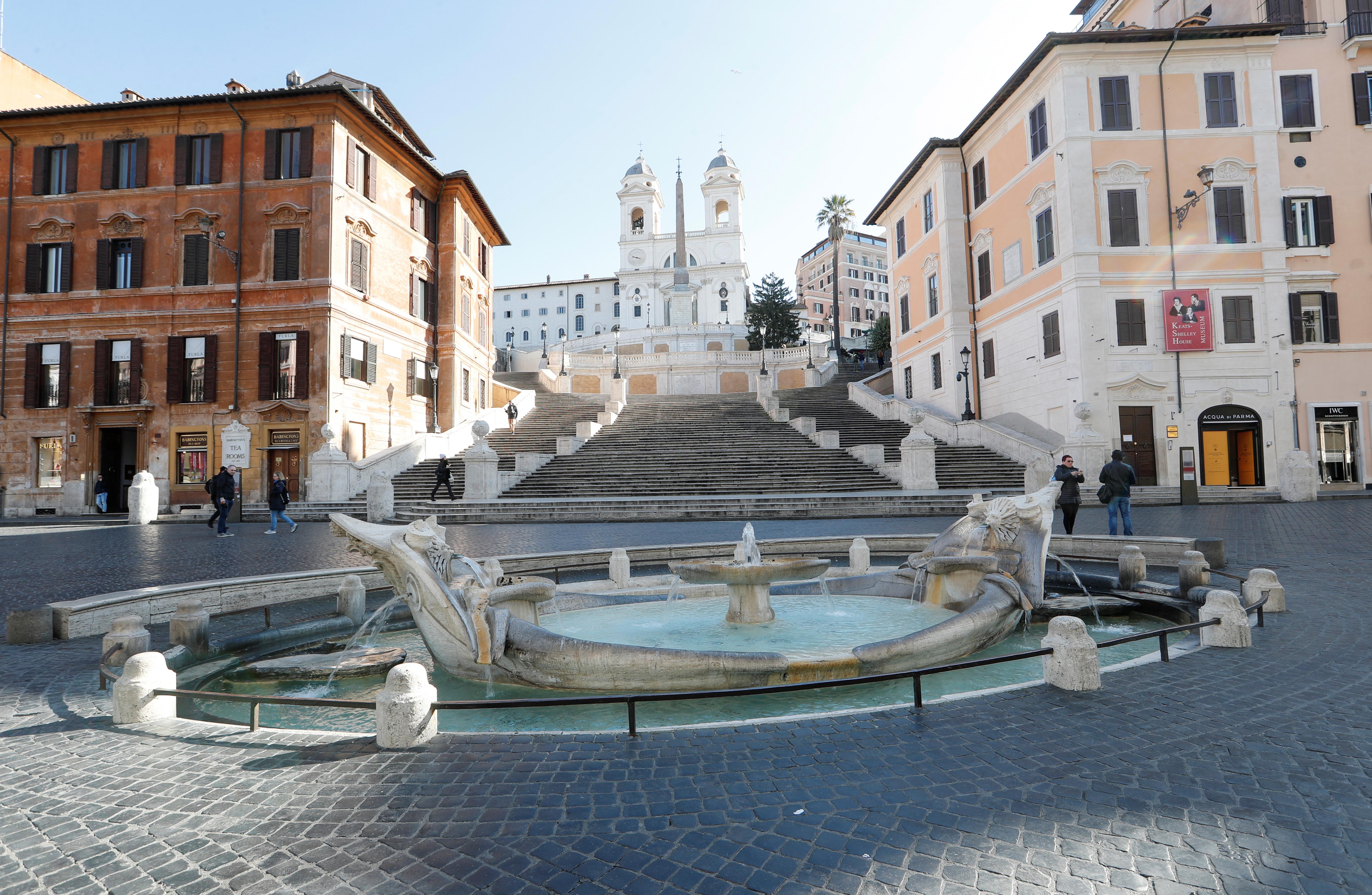 Rome landmarks including the Trevi Fountain, the Pantheon and the Spanish Steps were largely empty on Tuesday, while the Vatican closed St. Peter’s Square and St. Peter’s Basilica to tourists. Police told holidaymakers to return to their hotels.

For at least the next three weeks, anyone traveling in Italy will have to carry a document declaring their reasons. Outdoor events, including sports fixtures, have been suspended and schools and universities are all shuttered.

A former Treasury chief economist predicted that the lockdown measures were reducing Italy’s economic output by around 10-15%, with the tourism and transport sectors down about 90% on their normal levels.

Looking to mitigate the impact on ordinary Italians, the government is considering making banks offer customers a pause in their mortgage repayments. It also called for the European Union to relax its rules to allow more state spending.

“We will ask for the rules to be changed, it is a necessary condition, otherwise people will die,” Industry Minister Stefano Patuanelli told Radio Capital.

The Milan stock exchange fell a further 3.3% on Tuesday, meaning it has now slumped 29% since Feb. 20. Italy’s borrowing costs are also shooting up, reviving fears that an economy already on the brink of recession and struggling under the euro zone’s second-heaviest debt pile could be plunged into crisis. 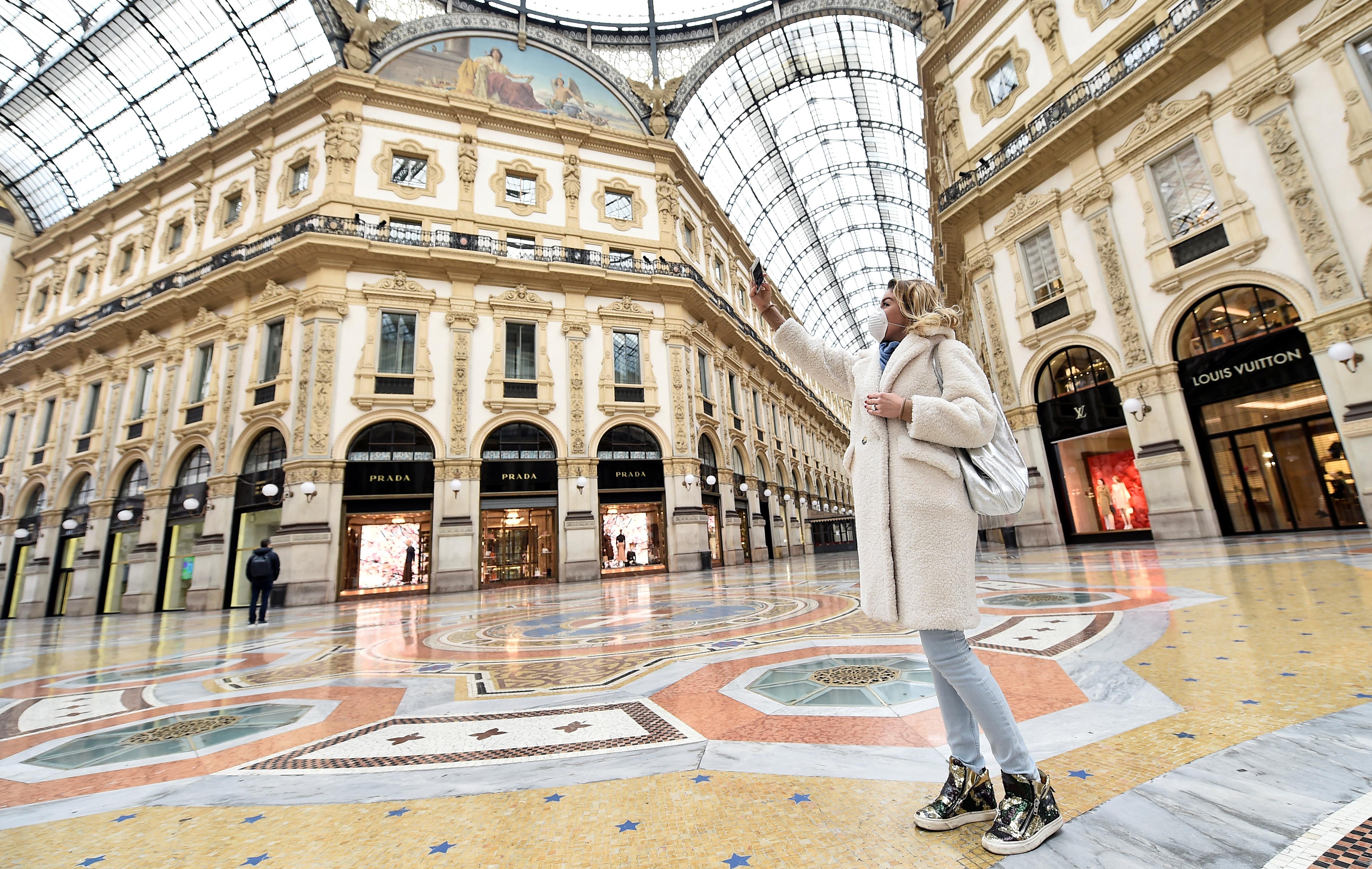 In the wake of the clampdown, neighboring Austria said it would deny entry to people arriving from Italy, Malta and Portugal cut all travel links to the country, while British Airways and Easy Jet canceled their flights to and from Italian airports. Spain also banned flights from Italy.

The coronavirus first emerged in China last year and the country’s foreign ministry said on Tuesday its top diplomat, Wang Yi, had called his Italian counterpart, Luigi Di Maio, to offer his condolences for the situation in Italy.

He said he would increase efforts to send Italy more masks, and medical equipment, and also offered to send a medical team.