MILAN (Reuters) – Italy scrambled on Sunday to contain the biggest outbreak of coronavirus in Europe, shutting off the worst affected towns and cancelling a string of public events as the number of those infected jumped above 100. 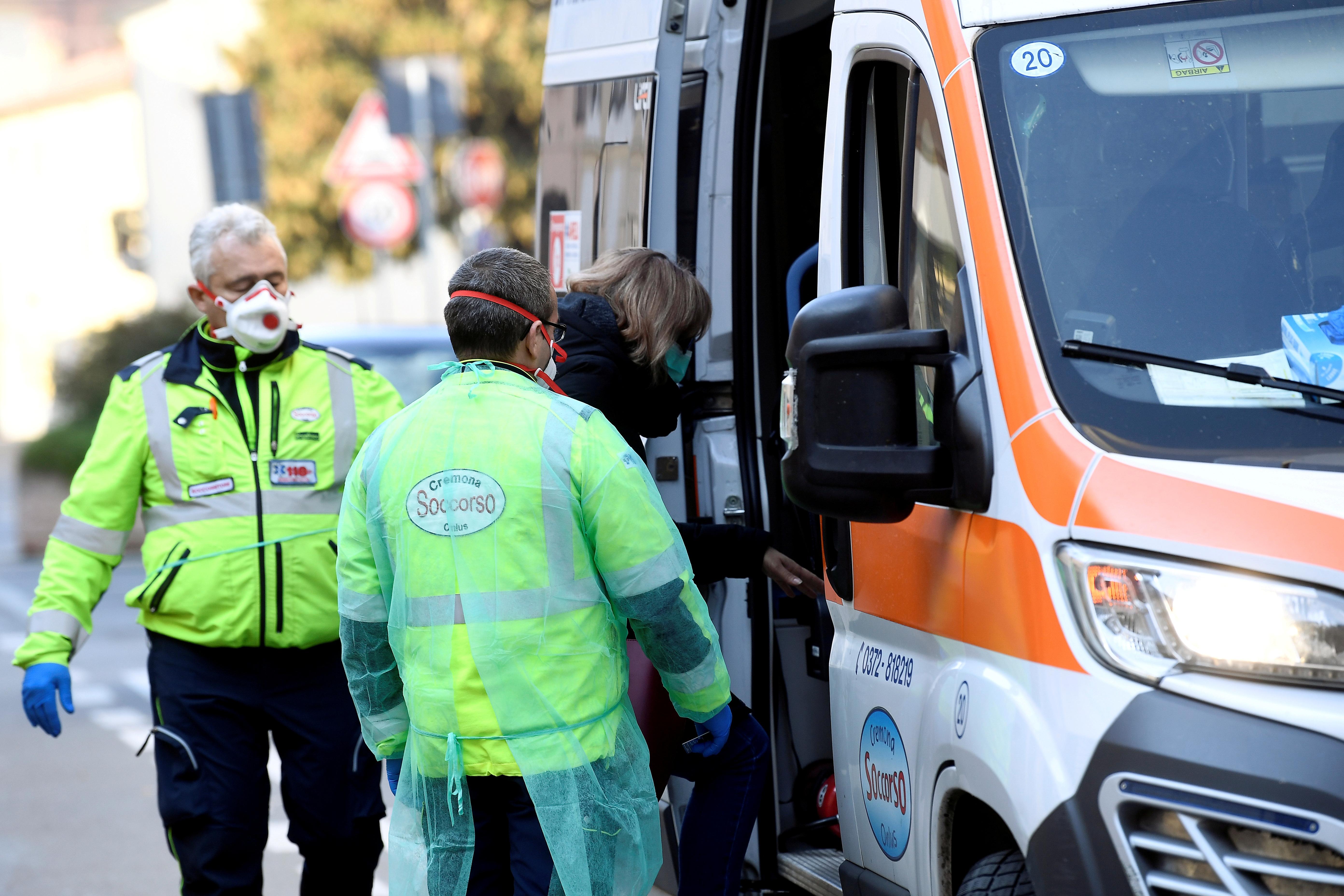 The government passed stringent emergency measures late on Saturday after the first two deaths from the disease were recorded in the wealthy northern regions of Lombardy and Veneto.

The number of certified cases of the illness in Lombardy rose to 89 from 54 a day earlier, while in Veneto some 24 people had come down with the virus, including two people in Venice, which is packed with tourists for the annual Carnival.

Health officials reported isolated cases in the neighboring regions of Piedmont and Emilia Romagna, saying the total number of known infections in Italy was 132.

Almost a dozen towns in Lombardy and Veneto with a combined population of some 50,000 have effectively been placed under quarantine, with locals urged to stay home and special permission needed to enter or leave the designated areas.

Universities were shuttered across much of northern Italy until early March and four top flight Serie A soccer matches set for Sunday were postponed.

Lombardy and Veneto represent Italy’s industrial heartland and jointly account for 30% of gross domestic output, so any prolonged disruption there is likely to have a serious impact on the whole economy, which is already flirting with recession.

Lombardy, which is home to Italy’s financial capital Milan, ordered all schools in the region to close, and said all public gatherings should be canceled, including religious services. Museums and public libraries will also be shut.

Fashion designer Giorgio Armani has said his fashion show scheduled to take place in Milan on Sunday would go ahead in an empty theater without any press or buyers present.

Health authorities are struggling to work out how the outbreak started. The first cases were announced only on Friday and doctors do not know the source of the illness.

Initial suspicion in Lombardy fell on a businessman recently returned from China, the epicenter of the new virus, but he has tested negative. In Veneto, doctors tested a group of eight Chinese visitors who had been to the town that was home to the first fatality, but again, they all tested negative.

“We are (now) even more worried because if we cannot find ‘patient zero’ then it means the virus is even more ubiquitous than we thought,” said Veneto regional governor Luca Zaia.

Prior to Friday, Italy had reported just three cases of the virus — all of them people who had recently arrived from the Chinese city of Wuhan, where the virus first emerged last year.

After the first confirmed cases, Italy suspended all direct flights to and from China, but did not keep tabs on those arriving from second countries.

Austria’s Interior Minister Karl Nehammer said on Sunday that officials would meet on Monday to discuss whether Austria should unilaterally re-establish border controls with Italy.