It’s not long now until the rightful winner of the November 2020 election Joe Biden becomes the next President of the United States. The outgoing President Donald Trump has finally left the White House this morning after four years of highly questionable leadership in America, which ended in his violent right-wing supporters attempting to overthrow American democracy.

Mr Biden will be joined by his Vice President Kamala Harris, the first woman and first black and Asian American person to ever hold the post.

The inauguration comes after several months of Mr Trump attempting to block Mr Biden’s path to power, citing fake election fraud and rallying his supporters to attack the Capitol.

The disgraced president has now been impeached and will await trial in 2021.

Millions around the world are due to tune in and watch the ceremony. 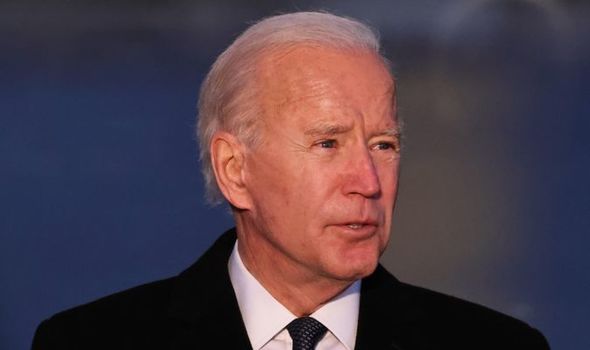 How can I watch Joe Biden’s speech?

Joe Biden will be sworn in at 12 noon US time, so he will become the next President at 5pm UK time.

Kamala Harris will become Vice President not long before Mr Biden as tradition means the VP is sworn in.

During the ceremony Mr Biden will deliver an inaugural address to the nation, which will set out his vision for the next four years. 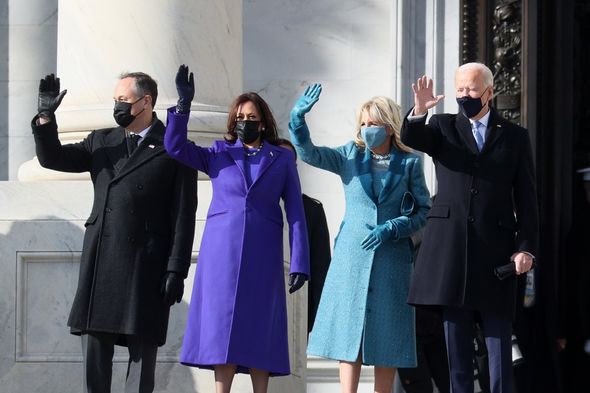 Lady Gaga will be performing the national anthem and there will also be a performance from Jennifer Lopez.

The BBC, Sky News and ITV will all be showing the inauguration live as it happens from Washington DC.

You can also watch on various American news channels which are available live on YouTube, such as CNN and NBC.

The inauguration will take place outside the Capitol, which was the scene of violence only a matter of weeks ago as Far-Right supporters of Mr Trump attempted to block Mr Biden’s democratic path to power.

Security is extremely tight in the capital city today, with some 10,000 National Guard Troops deployed to the areas.

Millions would usually attend the inauguration of a new president, however the recent violence and the ongoing coronavirus pandemic means this event will be considerably more muted.

Instead of the usual parade down Pennsylvania Avenue to the White House, a “virtual parade” will be held across the country.

From there, they will attend a ceremony at the Tomb of the Unknown Soldier – a monument dedicated to the services of an unknown soldier and to the common memories of all soldiers killed in war – at 7.45pm UK time. 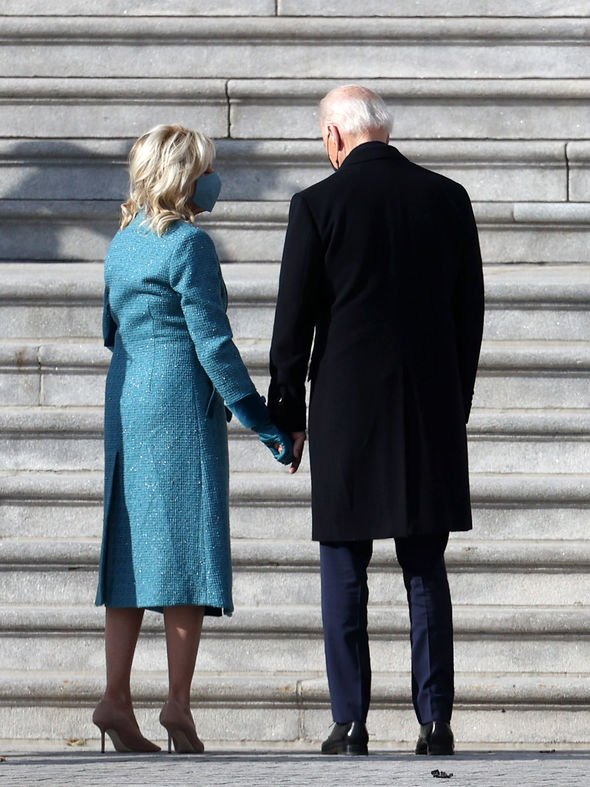 Mr Biden, Ms Harris and their families will then proceed to the White House, escorted by members of the military.

Other events, such as the inaugural ball and traditional lunch have both been cancelled.

Those still wanting to take part in the evening can then watch Tom Hanks host a special programme, which will air around 1am tomorrow morning.