Surgery reported a day after the 91-year-old ruler was admitted to hospital for ‘medical checks’. 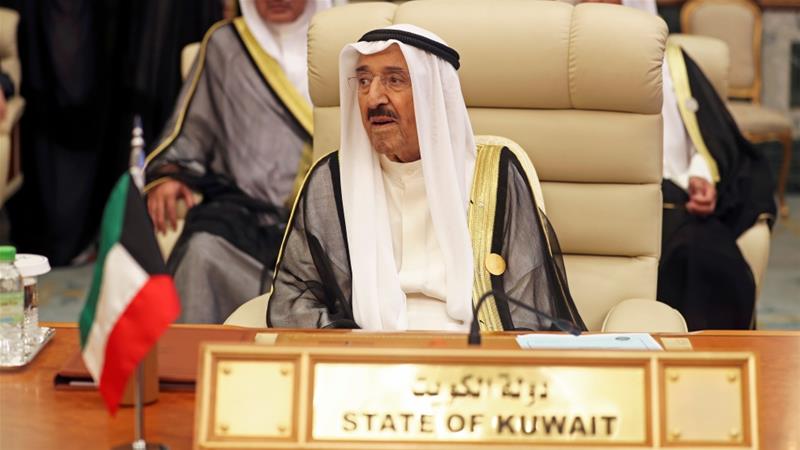 Kuwait said its 91-year-old ruler has undergone successful surgery, without elaborating on what ails him, according to a report published on the state-run KUNA news agency on Sunday.

The Gulf nation has yet to elaborate on what required Sheikh Sabah Al Ahmad Al Sabah to seek a previously unannounced medical treatment on Saturday.

However, a copy of the ministerial decree posted by Kuwait’s official gazette, Kuwait Al-Youm, and seen by The Associated Press news agency on Sunday said the crown prince would be empowered for “the duration of a surgical procedure until the health event is over”. The decree did not elaborate further.

Kuwait’s Ministry of Information did not immediately respond to a request for comment.

The emir’s hospital visit comes as the nation continues to fight the coronavirus pandemic, which has seen more than 58,000 cases and 400 related deaths.

The Ministry of Health says more than 49,000 people have recovered from the COVID-19 disease it causes.

In August last year, Kuwait acknowledged the emir suffered an unspecified medical “setback” that required him to be hospitalised.

Sheikh Sabah has ruled Kuwait since January 2006. He has pushed for diplomacy to solve regional issues, such as the continuing boycott of Qatar by four Arab nations, and hosted major donor conferences for war-torn nations in the region, including Iraq and Syria.

He had a pacemaker implanted in 2000 and underwent successful urinary tract surgery in the United States in August 2007.

The governor of the Central Bank of Kuwait issued a statement after news of the emir’s hospitalisation, stressing the strength and stability of the dinar currency, which is pegged to a weighted basket of the country’s big trading partners.

While Kuwait has since remained politically stable with the most-empowered parliament of any Gulf Arab nation, there have been internal power struggles behind the scenes of his rule.

Kuwait, a nation – home to 4.1 million people – that is slightly smaller than the US state of New Jersey, has the world’s sixth-largest known oil reserves.

It has been a staunch US ally since the 1991 Gulf War expelled the occupying Iraqi forces of Saddam Hussein. Today, Kuwait hosts some 13,500 American troops, many at Camp Arifjan south of Kuwait City.