A rare weather phenomenon will have impacts around the world as a ‘triple dip’ La Niña has formed in the Pacific. La Niña is an oceanic and atmospheric phenomenon that is the colder counterpart of El Niño, where the sea surface temperature across the eastern equatorial part of the central Pacific Ocean is lower than normal by 3C to 5C. The Australian Bureau of Meteorology (BOM) announced the weather phenomenon has formed for the third consecutive year in the Pacific, marking only the third time since records began three La Niñas have according consecutively.

Head of long-range forecasts at BOM, Dr Andrew Watkins, said that climate influences like La Niña and another called the Indian Ocean Dipole, “push Australia’s climate towards a wetter phase, and together have shaped our outlook for the coming months that shows more than 80% chance of above average rainfall for many parts of the eastern half of Australia”.

Dr Watkins went on to say that “with catchments already wet, the flood risk remains, particularly for eastern Australia”. 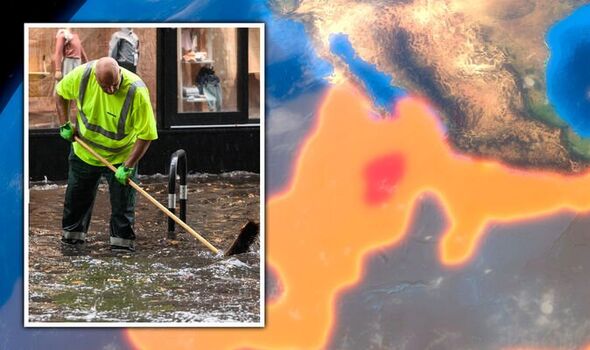 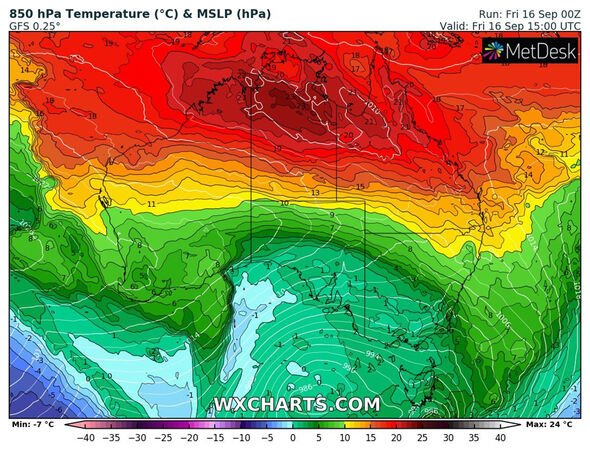 As for the rest of the world, Netweather.tv senior forecaster Nick Finnis wrote for the agency’s website that La Niña is “one of the main drivers of weather in the around the world, especially during late autumn, winter and early spring”.

For the UK, he said: “Every month has been above average temperature-wise over the UK so far this year, while all the months up to August have seen below average rainfall apart from February.

“Generally, La Niña often tends to promote blocking high patterns over Europe and that has certainly been the case for large parts of this year, bringing below average rainfall and often well above average temperatures across the UK and also large parts of Europe too.

“The blocking has been particularly acute during summer this year, leading to prolonged drought and heatwaves.” 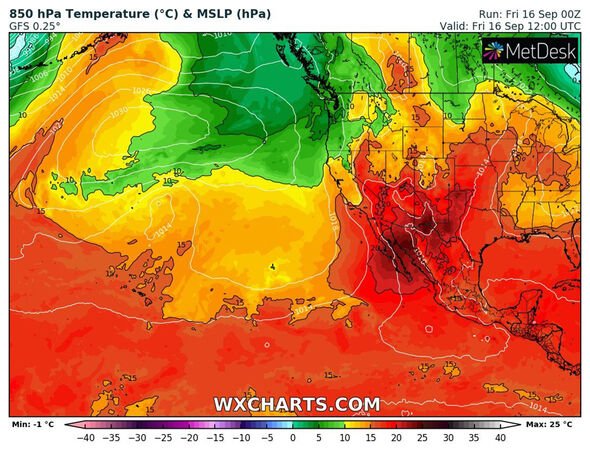 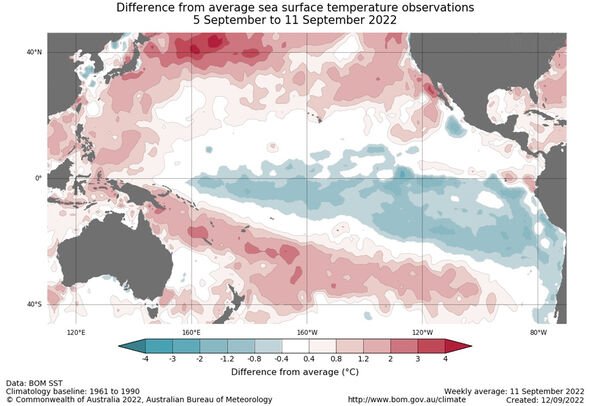 Mr Finnis then noted that on a “more global scale, La Niña is thought to have contributed to flooding in eastern Australia this year and exacerbated droughts in the United States and East Africa”.

He added that “some researchers predict that climate change could make La Niña-like conditions more likely in the future due to changes in ocean currents from fresh cold water from melting ice sheets in polar regions”.

The forecaster then said: “The changes in ocean currents could be leading to a series of air pressure changes leading to a strengthening of tropical Pacific trade winds – which ultimately lead to cooling of the central and eastern Pacific and thus La Niña conditions.

“Perhaps because a triple-dip La Niña is so rare, we may be seeing more unusual and extreme weather patterns and events which are not typical of a more normal La Niña patterns.

“But also these extreme events of prolonged flooding, drought and heat are being amplified by global warming. Which may make long-range forecasting this year more difficult, more particularly the winter season – which is normally easier to predict than other seasons of the year.

“Certainly weather patterns were unusually blocked over Europe, leading to extreme heatwaves, including the UK. Perhaps we can expect more unusual weather pattens over the coming months?” 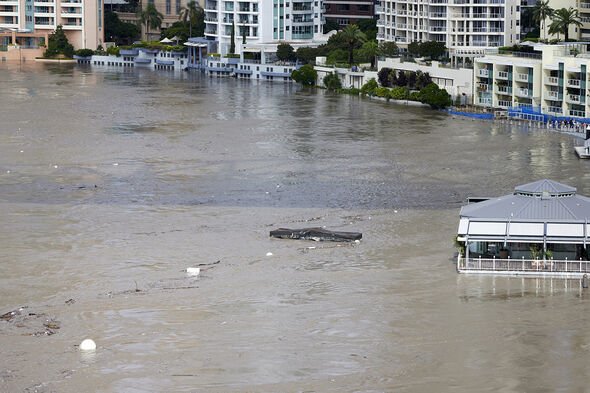 Meanwhile, Jim Dale, senior meteorologist at British Weather Services told Express.co.uk that temperatures will plummet temporarily in the north of Great Britain this weekend, as a northerly flow of low pressure swirls in and brings the mercury down to -3C in Scotland.

He said: “Next week will see a steady climb from some rather cold weather this weekend. The cold weather comes from the north – a northerly flow. It’s all about airstreams and directions, but it warms up southerly.”

Mr Dale added the coldest part of the UK will be Scotland, he added: “All areas will get the cold but coldest will be in The Glens of Scotland with lows of -3C.”

Netweather.tv senior forecaster Jo Farrow also wrote: “With a cool north wind to end the week, temperatures will fall and there is the risk of frost in the north. For those queuing in London, it will feel nippy by night.” 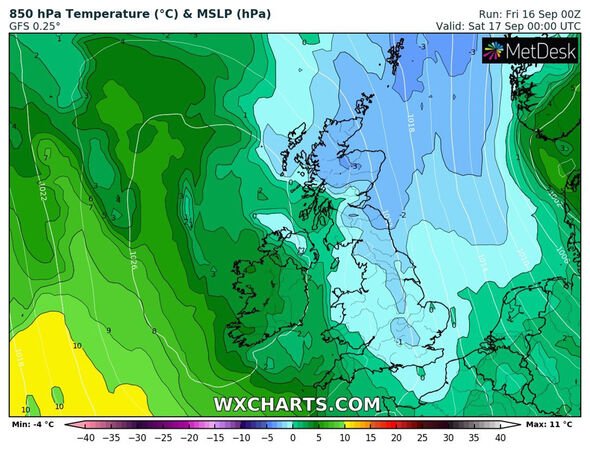 The Met Office said in their forecasts that Friday night will see “showers becoming confined to northern Scotland and the far east of England tonight leaving the rest of the UK dry with long clear periods”.

They added for Saturday: “Most areas fine and dry with sunny periods and less windy than today.

“Still a few showers over northern Scotland and some coastal areas in eastern England.”

In their outlook for Sunday to Tuesday, the Met Office added: “Some isolated showers Sunday and Monday, though many areas dry with sunny spells.

“Mostly dry with sunny spells in the south Tuesday, cloudier further north with rain in places.”