MEXICO CITY (Reuters) – As a nurse on the front lines of Mexico’s coronavirus battle, Gisela Hernandez has stayed away from her children for nearly two months, sleeping in a hotel and even her car to avoid infecting them because she feels inadequately protected at work. 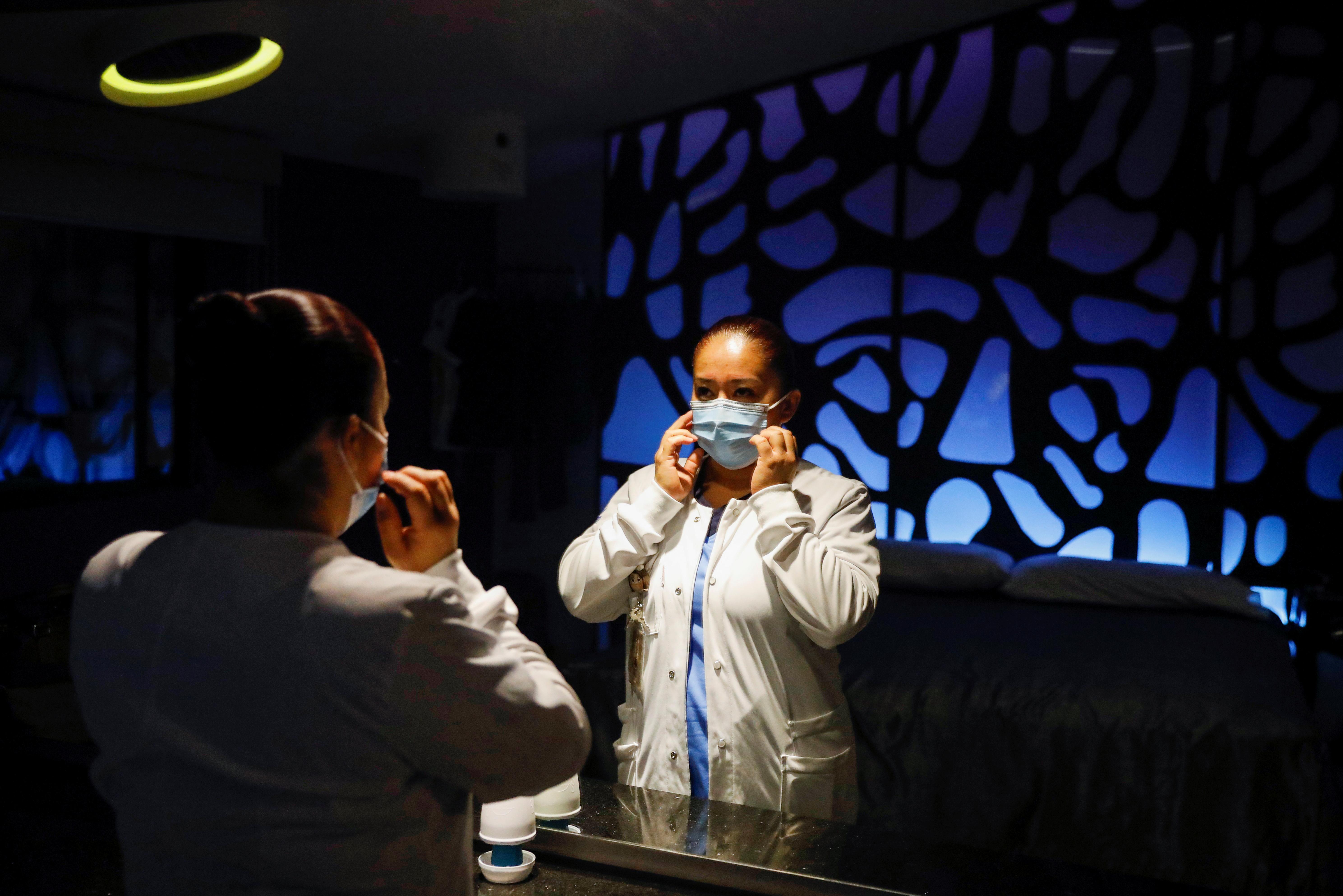 At night, she video calls Santiago, 5 and Renata, 9, who are both asthmatic, to hear about what they’ve done during the day and remind them how much she misses them.

While Hernandez says she loves her work, and considers the National Institute of Respiratory Diseases (INER) in Mexico City her second home, she is also afraid of contracting the novel coronavirus, which has killed 9,415 people in Mexico.

“I don’t regret becoming a nurse because I like to help my patients,” said Hernandez, 40, whose hospital is one of the city’s main treatment centers for COVID-19, the respiratory illness caused by the coronavirus.

But she said she is “scared of getting sick … scared of never seeing my kids again.”

Health workers account for about a quarter of all of Mexico’s coronavirus infections, government data shows, one of the highest rates in the world. The risks are made worse by shortages of personal protective equipment (PPE).

Coronavirus cases are surging in Latin America, which along with the United States is now an epicenter of the global pandemic. Frontline workers in Mexico City’s hospitals, including Hernandez, have taken to the streets to complain about the conditions. A national march is planned for Monday.

INER, which has been at full capacity over the past week, said 49 of its workers have been infected at the hospital and another 54 have contracted the disease in the community, of which two have died.

In a May 8 memo seen by Reuters, INER’s Biosafety Committee said a global PPE shortage would require workers to don reusable surgical uniforms and cloth hospital gowns, instead of disposable gear. The letter also told workers to use their N95 masks for full shifts.

In response to requests for comment, the hospital shared with Reuters a statement it sent workers this week in which it said the measure regarding usage of masks was in line with World Health Organization advice. It also confirmed that workers were instructed to use non-disposable gowns and uniforms.

“To date, no sterilized N95 masks have been reused.”

However, a video seen by Reuters shows an official at INER telling staff to reuse sterilized N95 masks.

“We exploded when we were told we were going to recycle the N95s,” said Alejandro Cabrera, an INER nurse with two decades of experience.

Cabrera said workers are required to put their names on masks so the gear can be sent off for sterilization. “It’s terrible!” he said.

Mexico ranks eighth in the world in COVID-19 deaths, with Mexico City and a neighboring state accounting for some 40% of the country’s fatalities.

The Mexican government says it needs another 6,600 doctors and 23,000 nurses to battle the crisis, a shortage exacerbated by the high infection rate among medical staff – 11,394 health workers had contracted the virus and 149 had died as of May 17.

Medical professionals had accounted for 23% of all of the country’s infections as of that date. That compares to 3.7% in the United States, according to data released by the U.S. Centers for Disease Control and Prevention this week. 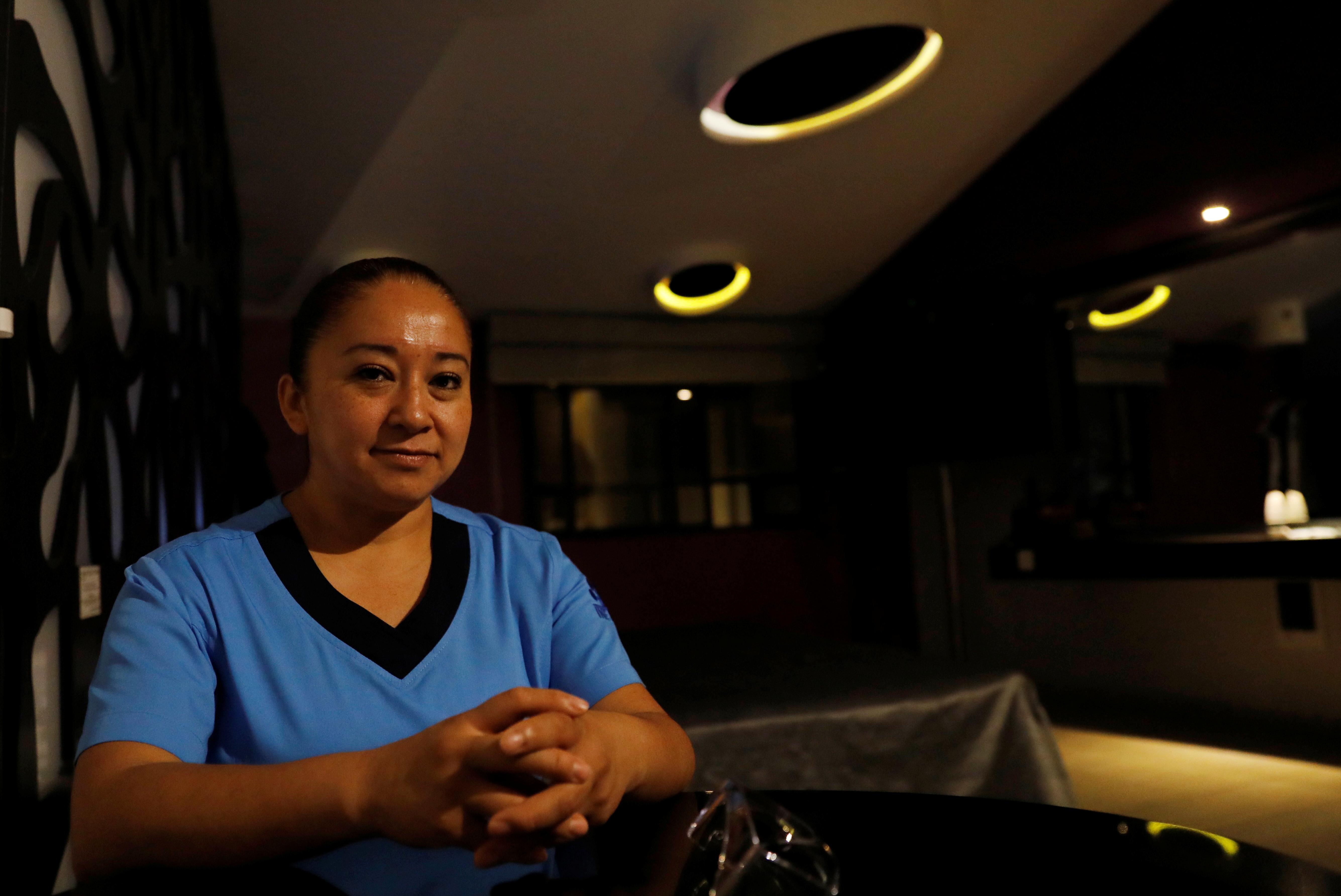 Despite the danger, Hernandez is doing her part to combat the disease.

She points to a box of chocolates and a yellow note from the family of one of her patients thanking and encouraging her to keep “working to save lives.”

“That’s one of the reasons I love my job so much, and despite the risks I still enjoy taking care of my patients,” she said.