SANTIAGO (Reuters) – Millions of women are expected to hit the streets across Latin America on Sunday to mark International Women’s Day, against a backdrop of wider social unrest in the region. 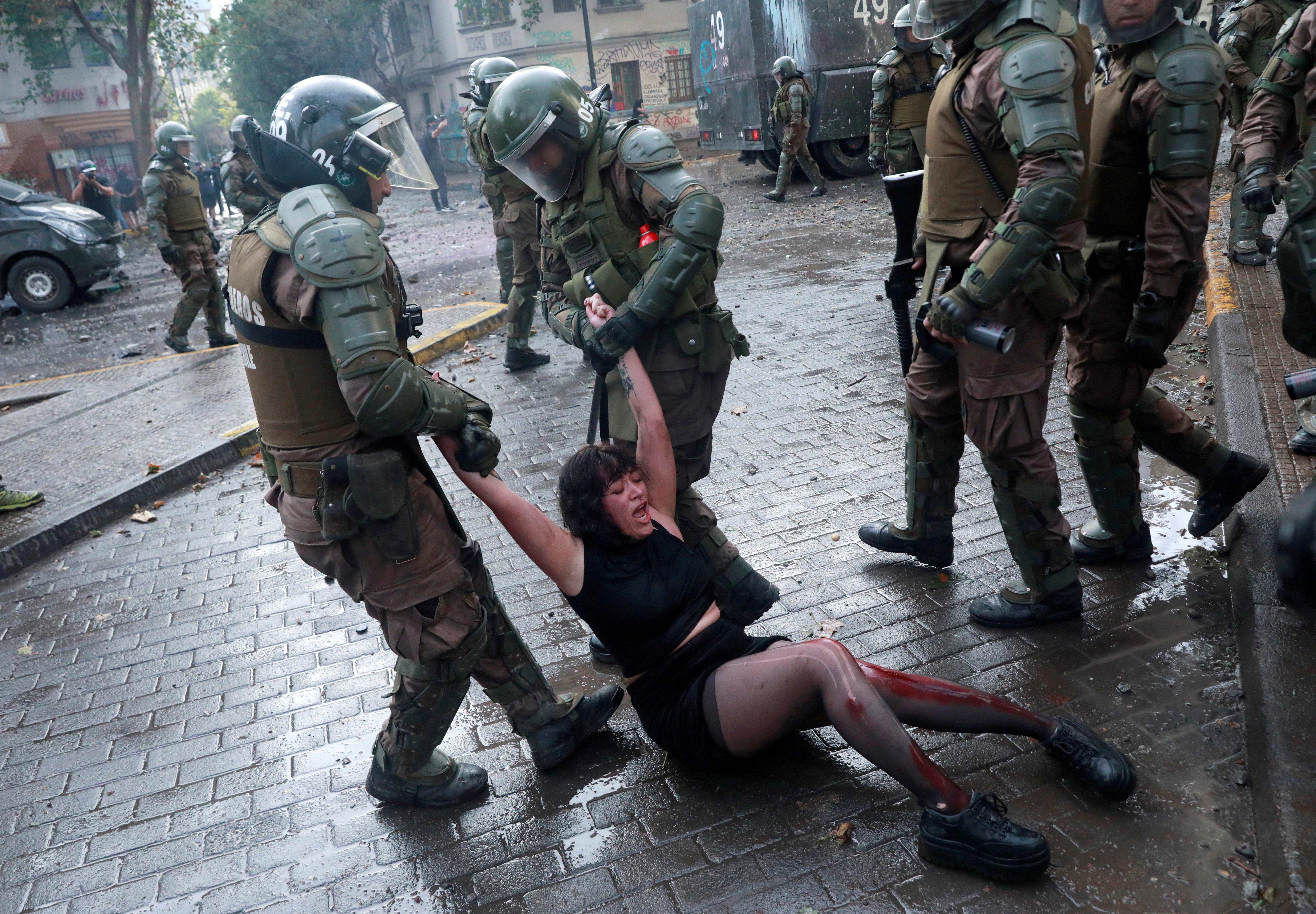 This year’s event coincides with attempts to pass laws to penalize femicide, legalize abortion, and give women an equal voice in drafting a new constitution.

On Monday, women around the region are planning to stay home from work, school, and university to illustrate what public life would look like without them.

In Chile, some have called for men to be blocked from the planned marches. The demonstrations are expected to be bolstered nonetheless by participants in broader protests against social inequality that began in October and at their peak included more than one million people.

A particular focus this year will be justice for women hurt during those protests. According to Chile’s Institute for Human Rights, 439 women were injured. It has laid six complaints against police for sexual assault.

Javiera Arce, a political scientist at the University of Valparaiso, estimated there could be double the number of participants from last year’s march in Santiago, which she put at 500,000. “I don’t know a single woman not going,” she said.

Colombian women are expected to mark the day with events hosted around Bogota by the office of new – and first female – mayor Claudia Lopez.

Protests are likely to focus on a Constitutional Court ruling earlier this week, which upheld limits on abortion to cases of sexual assault, fetal deformity or maternal health risks.

In Mexico, there are plans for multiple marches and strikes in protest over what many perceive to be the authorities’ inadequate response to a doubling of femicide cases compared to five years ago.

In recent weeks, these include the kidnapping and murder of a seven-year-old girl and the gruesome murder of a 25-year-old woman.

Argentine women will hold a general strike on Monday. The new leftist government of President Alberto Fernandez has announced plans to create a minister for women and support a fresh effort to legalize abortion after previous attempts were defeated in Congress.

Feminism had to be established as “an indisputable thread” running through all public policy, said Ofelia Fernandez, a 19-year-old woman newly elected as a lawmaker, in her maiden speech to Argentina’s Congress on Thursday.