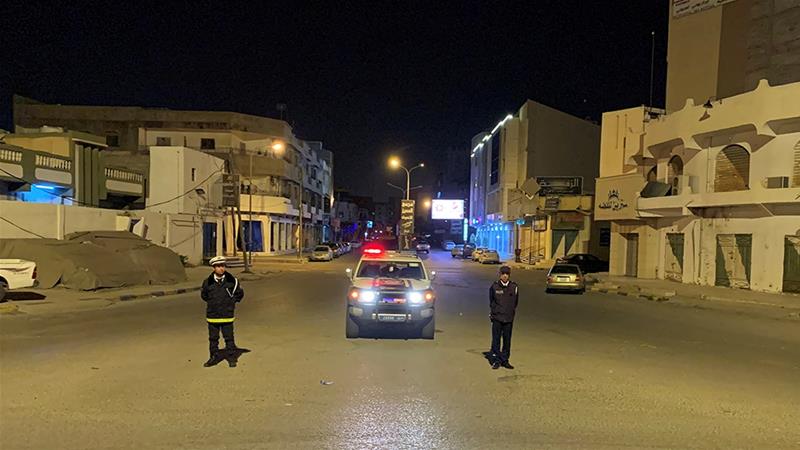 Libyan authorities have announced the release of more than 450 prisoners as part of measures to curb the spread of the coronavirus that has infected at least eight people in the country.

A statement released by the internationally recognised government’s justice ministry on Sunday said officials decided “to free 466 detainees from correctional facilities” in Tripoli.

The detainees were in pre-trial detention or had qualified for conditional release, the statement added.

The North African country reported its first case last Tuesday, a 73-year-old man who had returned from a trip to Saudi Arabia in early March.

Five cases have also been recorded in the western city of Misrata.

The statement added that other measures “aimed at reducing the overpopulation of prisons” will follow, including amnesty for elderly or ill prisoners and those who have served over half their sentences.

Human Rights Watch (HRW) commended the justice ministry’s move as a “positive first step”, but said “authorities should do more to mitigate the risks of a major COVID-19 outbreak”.

HRW said in a statement that Libyan authorities “need to be prepared to limit the spread of the virus in overcrowded detention facilities and shelters for displaced people”.

Libya has been in a state of chaos since the 2011 overthrow of longtime ruler Muammar Gaddafi.

Since April 2019, forces loyal to eastern-based Khalifa Haftar have been fighting to seize the capital in an offensive that has killed hundreds and displaced 150,000 people.

In a statement on Sunday, the International Committee of the Red Cross (ICRC) warned that ongoing violence in many parts of the country risked compromising response efforts in areas with already weak or collapsing health infrastructure.

Both the UN-recognised Government of National Accord (GNA) and the rival eastern-based government under the control of Haftar have taken preventative measures against the spread of the virus, including closing schools, some businesses, markets and even private clinics.

On Sunday, the GNA announced an extended curfew from 2pm local time (12:00 GMT) until 7am starting from Monday.